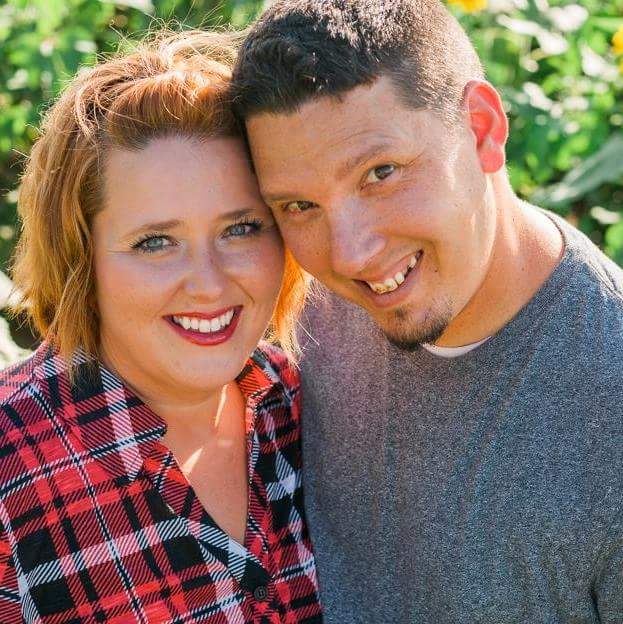 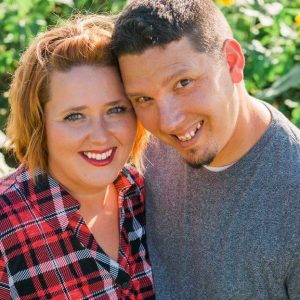 As I was growing up, attending church was hit or miss, and the only Bible verse referred to
in my house was “wives submit to your husbands.” When we did make it in the doors of the church building, my cheeks were often red and tear stained from the yelling that had gone on in the car during the drive.
I swore I would never submit to a man if it were the last thing I did.

When I was about thirteen or fourteen, my dad attended a Promise Keepers conference.
A new man came home.
As I look back now I see the changes Jesus made in him, but I offered my Dad zero grace and made sure to disrespect him in any way I could.

I started going to youth group and eventually made it to Wild Week, my first and only youth summer camp, when I was sixteen. I got all A’ s at school, I didn’t party, I didn’t cuss, I had a purity ring (which is about the only thing my dad and I agreed on), and I stayed out of “major” trouble. I believed the Bible, often checked it for the answers to some big life questions,
but a relationship with Christ was nowhere close to being on the table.

I started dating Chris in October 2001. He was a Christian, loved his family, was easy and fun to talk to, and was great at giving hugs. As far as my 17-year-old self was concerned, he was
perfect! To top it off, he didn’t have a controlling bone in his body so I wouldn’t have to worry about submission.

As time went on, we caved to temptation; this is where my slow fade started.
I began lying to everyone, drinking, smoking, partying, and sneaking around my parents’ backs. People all around me were disappointed, some even brought to tears when they found out who I’d let myself become.

Chris and I married when I was 19 and things only got worse. When we had kids, they didn’t slow me down, because Chris did whatever I asked of him. So while I went out with the ladies, he stayed home with our boys.

If only I could rewind time!
I was the ring leader for all my friends. When the Men of Vegas were at the local bar around the time for my birthday, I made sure to get us tickets. I had a killer 25th birthday party planned for myself. The night was epic all right:  I embarrassed my little sister, my husband and myself.
I drank so much that night I was actually nervous because I knew I had gone too far. It was the first time I recall crying to God for help.
Not my finest hour I assure you.

That was July, and I had another “ladies’ night out” planned for October. In September, I started going to church with my parents because Chris worked Sundays.
What else was there to do?
The first Sunday I went, “Whoa, mama, did the Holy Spirit start moving!” I cried the entire time I was there. The pastor spoke on adultery, and I knew then that, in my heart, I had committed adultery against Chris. I was ashamed!
I cancelled the ladies night, but I didn’t give in that easily to the Spirit calling me to salvation.

From September 2009 until July 23, 2010, I fought Him hard. I was miserable.
Why would He want me?
I had messed up my entire life.
I was a terrible wife, mom, daughter, sister and friend.
But after ten months I threw in the towel.
I couldn’t fight anymore.
I caved to His grace, mercy and love.

The first thing He called me to work on was submission – surprise! But He also revealed to me what biblical submission looked like, and I could handle that. It was really much more of a duel-dance of love and mutual service, while definitely not a demeaning lordship.

He repaired my relationship with my dad and so many others.
I had thought I loved Chris before, but now my heart was busting with “real” love for him.

Life hasn’t been a walk in the park since, but there’s always hope now.
Six weeks later I lost one of my favorite people in a car crash, Kimberely, but in Christ I found comfort.
In 2011, my marriage was falling apart fast, but in Christ there was counsel, unconditional love and forgiveness.
In 2012, I moved away from everyone I knew and loved, but in Christ there was friendship.
I once was chained to my sins and now I am redeemed.
I am free and a daughter of the one true King.
As a Kansas City resident who loves the Royals’ baseball team, “Forever Royal” has a different meaning for me.