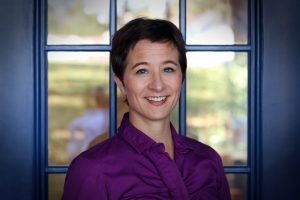 Riding my bike down a country lane at eight years old, I tearfully confessed my sins to an older girl in my church. God granted me a sensitive heart from the start, one that led to my confession of Christ as my Savior at a young age.

However, when I was eleven years old,  my father was diagnosed with a malignant brain tumor, and this shook the stable world I had lived in until then. Living eighteen months beyond his predicted six, my dad finally succumbed to cancer’s ravaging cells. In my eyes,  I esteemed him as the quintessential Christian, and I questioned why God would take such a good man.

Just months after my father’s passing, my mom began dating again, provoking anger from me, as I deemed her decision a grand act of disloyalty. Nevertheless, within a year’s time, my mom married a man who had also endured the loss of his spouse. My step-dad had three boys; my mom had three girls and a boy. Joining families made us a slightly amended, modern version of the Brady Bunch.

Battling for control of a life that felt unmistakably off kilter, I drifted into anorexia, and I virtually stopped eating for nearly a year.

My emaciated frame was a tangible manifestation of what was going on in my inner world, a heart famished for the certainty of God’s love and goodness. I say that I was hungry for the certainty of His love because the reality is that I had His love. I just didn’t feel it; I viewed His goodness and love for me through the lens of my circumstances.

Twelve years after my father passed away, I found myself in Fort Collins, Colorado, at a  conference held for the staff of Campus Crusade for Christ. In a dorm room at Colorado State University on Father’s Day, after years of wrestling with God, I came to terms with His Sovereignty in allowing my dad to succumb to cancer, my mom to remarry, and my step-dad to take a prominent place of influence in my life.

I phoned my step-dad, whom I had always called by his first name, to let him hear, “Dad,” for the first time from my lips. It was a tangible step in embracing God’s sovereign choices for my life.

For the first time in my life, I saw undeniably the Father’s heart of love for me.  You see, I had always known the love of Jesus, but I assumed God, the Father, just tolerated me because of what Jesus, His Son, had done on the cross. Here in Isaiah I saw for the first time that it was God, the Father, Who initiated the cross. The Father did not just allow the death of His Son, Jesus; He WILLED it to happen.

What other than scandalous, unquestionable LOVE for me would motivate the Father to WILL the demise of His only Son on my behalf?

It was after seeing this with spiritual eyes for the first time that I was able to also more fully embrace Romans 8:32—He who did not spare His own Son but gave Him up for us all, how will He not also with Him graciously give us all things?

Since then, I would like to tell you that I have walked through more than a handful of trials with unflappable faith and hope in the love of God for me and the goodness of God to me. But, I haven’t.

When I gave birth to twin boys, one of whom had a rare syndrome called Sturge Weber Syndrome (which meant possible glaucoma, blindness, seizures, strokes, skin and limb issues) I lost sight of the truth that God had gone before me and would supply all I needed to walk this unknown road (Psalm 139:5; II Peter 1:3).

When I nursed my twins for five months with excruciating pain that no lactation consultant, book or doctor could figure out, I wondered how this circumstance could possibly be God’s mercy following after me all the days of my life (Psalm 23:6).

When I endured nearly a decade in a marriage full of strife and dissatisfaction, I doubted God could possibly work it out for my good (Romans 8:28).

When I experienced the tragic death of my 26-year-old cousin at the hands of her chiropractor, I questioned how God could redeem it.

And when, over this past year, I fumbled to find my way through the darkness of the accidental death of my 13-year-old nephew,  the crippling anxiety of two of my children, and my own decade-long struggle with chronic pain, I lost my hold on hope.

The good news of the Gospel, however, is that our hope does not rest on how certain we feel about the truth of it. The measure of my faith is not what saves me. What saves me is the solid truth of what God has done on my behalf, whether I falter in finding hope in it or not.

He has atoned for my sins.

He loves me with an everlasting love.

He will one day carry me home to Heaven whether I feel the weight of that beautiful reality or not.

I love the days when I feel the gloriousness of God’s love for me. They are lived joyfully and  gratefully. But, I’m also so glad that “if my hold should ever fail, [God’s] wondrous love  will never let me go.”*

Want to study with us? Sign up for daily Journey Studies!
Want to read more stories like Briana’s?