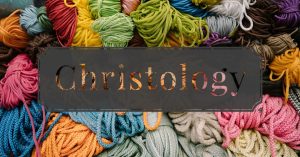 Paul was up against a fight.
Though he’d never met the believers in Colossae, he’d heard of their love and growing faith. He was also made aware of the false teachers and truth twisting impacting this small body of believers.  Like any good fight, the first blow matters, so Paul throws his hat in the ring to contend to the Colossians that Christ is supreme over all.

Fully God
Paul cuts to the chase when he states, “He [Christ] is the image of the invisible God” (Colossians 1:15).  This means Jesus is the very representation of God’s being.  If we want to know what God is like, look to Jesus. In fact, Jesus Himself rebuked Philip for demanding to see the Father when He says, “The one who has seen me has seen the Father”. (John 14:9)

Likewise, later in Colossians 1:19, Paul expresses “For God was pleased to have
all his fullness dwell in him”.  The word dwell here literally means to abide lastingly or permanently. Paul wants his readers to understand Jesus was not simply a good teacher, a prophet, or a spirit being. He was and is fully God-Man. This was a direct jab at the heresy trying to wear down the truth of Christ’s deity.

Firstborn Over Creation
When verse 15 says “He is…the firstborn over all creation”, we are not being told that Jesus was a part of creation. Heretics in Paul’s day, and even in ours, would have us believe Jesus was simply the first to be created, and therefore, does not hold full deity status. We’ve already established Christ’s deity from the text, but what do we make of this little statement?  At first glance, it can be confusing! What we know by looking a little deeper is that the original Greek word used for firstborn (prototokos), refers not to origin or creation, but to rank, rights, and authority. This is affirmed by the fact that God has given His Son Jesus all authority over heaven and earth. (Matthew 28:17) Skipping ahead to verse 17, we are also told “He is before all things…”, establishing again, a sense of rank and order.

Creator of All Things
On the heels of proclaiming Christ’s position over creation, Paul pulls a quick one-two punch in describing Jesus as Creator Himself!  This was a bold statement that certainly communicated the eternal nature of Jesus to the Colossians. Paul was equating Jesus’ eternal nature with that of the Father, having no beginning and no end. While this taps into the theology of the trinity, what Paul is exalting here is Christ’s specific hand in creating all things “in heaven and on earth, the visible and the invisible, whether thrones or dominions or rulers or authorities”. (Colossians 1:16) He was there in the beginning! (John 1:1-3)

Having created all things is amazing enough, but Paul kicks the false teaching while it’s down by adding, “…and by him all things hold together”. (Colossians 1:17) Jesus not only created at one point in time, but in Him the fullness of God dwells forever so He is sustaining and continually upholding all of creation.  After these three punches, the opposing lies being fed to the Colossians were certainly staggering, but there’s more.

Reconciled by love
God was pleased to fully dwell in Christ, but what else pleased the Father?  Verse 20 tells us He was pleased to reconcile all things to Himself through the blood of Jesus Christ.

Why did God need to reconcile all things? Paul makes it clear that without the blood of Jesus, we (all mankind), are “alienated” (cut off, estranged) from God and hostile in our minds toward Him. (verse 21)

We may not like to think of ourselves as hostile toward God. That might even sound offensive. But it’s the truth about our rebel hearts.
What did God do?
It pleased Him to reconcile us “by making peace through his [Christ’s] blood, shed on the cross”. (Colossians 1:20)
Do you see it?
Jesus is the ultimate peace-maker!  He made peace by His blood, which made it possible for mankind to be brought back into fellowship with God.

If the other blows didn’t take the false teaching down, this final punch was certainly meant to knock it out of the church and proclaim Jesus Christ as the ruling, reigning champion over all creation.

Servants of the Gospel
Paul, a servant of the gospel, fought to make known these riches of Christ because He had already settled in his own heart Who surpasses all. (Philippians 3:7-11)
Oh may we do the same, looking to Christ who is fully God, firstborn over all, creator of all things, and the ultimate peace-maker. Since God has “rescued us from the domain of darkness and transferred us into the kingdom of the Son he loves” (Colossians 1:13), let us “remain grounded and steadfast in the faith”, not shifting away from the hope of the gospel that we have heard. (Colossians 1:23)

Thanks for joining us today as we journeyed into Anchored Week One! Don’t miss out on the discussion below – we’d love to hear your thoughts!
Click the above image for today’s Digging Deeper!

Looking for other journeys from this theme?
Here’s a link to all past studies in Anchored!