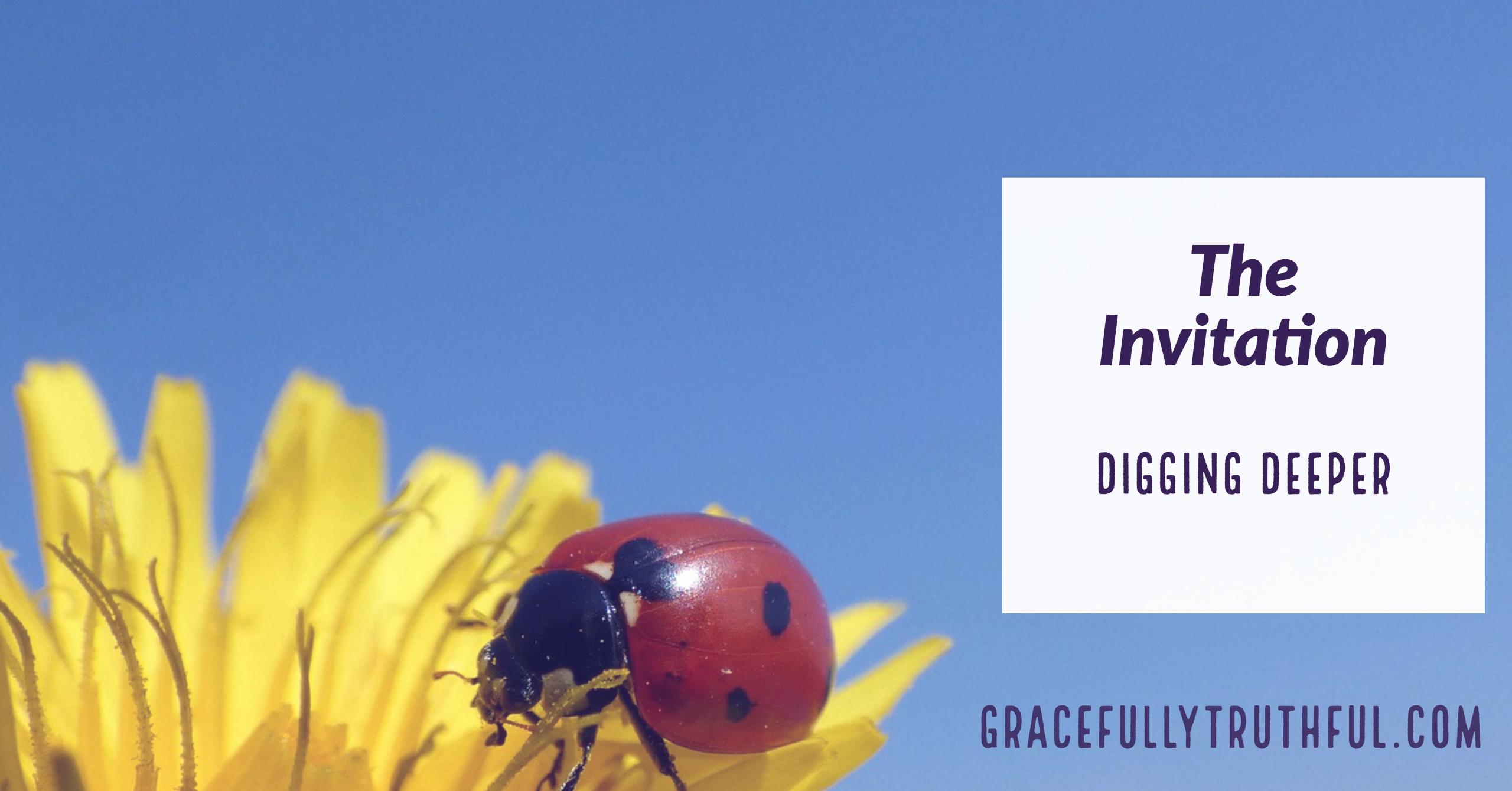 Fridays are 2-for-1! Check out the other Journey Post, The Invitation

7 And he said to him, “I am the Lord who brought you out from Ur of the Chaldeans to give you this land to possess.” 8 But he said, “O Lord God, how am I to know that I shall possess it?” 9 He said to him, “Bring me a heifer three years old, a female goat three years old, a ram three years old, a turtledove, and a young pigeon.” 10 And he brought him all these, cut them in half, and laid each half over against the other. But he did not cut the birds in half. 11 And when birds of prey came down on the carcasses, Abram drove them away.

12 As the sun was going down, a deep sleep fell on Abram. And behold, dreadful and great darkness fell upon him. 13 Then the Lord said to Abram, “Know for certain that your offspring will be sojourners in a land that is not theirs and will be servants there, and they will be afflicted for four hundred years. 14 But I will bring judgment on the nation that they serve, and afterward they shall come out with great possessions. 15 As for you, you shall go to your fathers in peace; you shall be buried in a good old age. 16 And they shall come back here in the fourth generation, for the iniquity of the Amorites is not yet complete.”

17 When the sun had gone down and it was dark, behold, a smoking fire pot and a flaming torch passed between these pieces. 18 On that day the Lord made a covenant with Abram, saying, “To your offspring I give this land, from the river of Egypt to the great river, the river Euphrates.

1) Why did the Lord request these specific animals?

2) What is the deep sleep that fell on Abram?

4) What is the outcome of this covenant?

1) Why did the Lord request these specific animals?
In ancient times, a binding legal covenant was “cut” by taking “a heifer three years old, a female goat three years old, a ram three years old, a turtledove, and a young pigeon”, and literally cutting them in half. Each “half” would lay adjacent to its counterpart, with a small ravine running between them for the blood to flow down. Both parties would walk through the pooling blood of the animals, agreeing that if one of them did not hold up their end of the agreement, then the other party could literally cut the offending party in half like the animals. This was much greater than a “promise”; entering into a covenant meant life or death.

2) What is the deep sleep that fell on Abram?
This wasn’t Abram falling asleep from a long day’s work or getting tired enough that he kind of “day-dreamed”, this was a “sleep” the Lord intentionally brought on Abram for a specific purpose. He wanted Abram to know His promise. Abram had been promised a “seed”, an heir, a son, and an offspring so vast they would outnumber the stars in the sky. This is the covenant that God was making with Abram. When Abram fell into the deep sleep, God went into detail about Abram’s inheritance. They would be slaves in a foreign land (Egypt) for 400 years, but God would judge Egypt and set Abram’s offspring free.

A similar “sleep” happened with Adam when the Lord God took the rib from Adam’s side to create Eve. The “Abrahamic Covenant” was being cut here, but the “New Covenant” of Jesus would come later. Adam came first, but Eve was coming.

3) Verse 17 seems so weird! What is going on?
I know it seems random, but it’s actually one of my favorite parts of the Old Testament! Picture the slopes of two hills coming together to form that ravine with the animal carcasses on either side. Abram knows what’s going on, a covenant is being cut. Can you imagine what that day must have been like knowing that you were going to cut a covenant with God?! How could you fulfill your end of the deal? But God does something incredible! Verse 17 says, “When the sun had gone down and it was dark, behold, a smoking fire pot and a flaming torch passed between these pieces.” The smoking fire pot symbolizes the Lord God and His Spirit while the flaming torch symbolizes Jesus Christ, the coming light of the world. Abram never walked the blood path. Only God did. God knew Abram could never live up to His standard of righteous perfection, so Jesus walked the blood path for him. The covenant was cut, and it was binding, all Abram had to do was believe the Lord at His word.

4) What is the outcome of this covenant?
Abram would indeed be the father of offspring more numerous to count. As God told Abram in his deep sleep, his offspring (later know as the Israelites, and then the Jews) would be slaves, but then be freed. This freedom from slavery to the Egyptians was only a precedent for the coming freedom from sin found in Jesus Christ, who would come through the promised line of Abram as well. In the New Testament, the definition of Abram’s offspring expanded to include all Christ followers. Truly outnumbering even the stars in the sky, and it all began with faith!

1) Why did the Lord request these specific animals?
This happened in Genesis with Abram, centuries and centuries before Jesus Christ would suffer on the cross, but this covenant is a sign of that coming fulfillment. The covenant that was cut on that day was realized in Jesus Christ. It’s interesting to note the similarities. Each animal was 3 years old. Jesus had ministered for 3 years before dying on the cross. The sacrifice began “as the sun was going down”, which later would be the time that the Jews were to offer their daily evening sacrifice. Jesus, our perfect sacrifice, took his last breath during the same time of day.

2) What is the deep sleep that fell on Abram?
The Lord’s plans are precise and divine. His plans aren’t overturned by our chaos. He’s never surprised, and He is always working to bring fulfillment of those plans. For His plans to succeed, He must know us each individually, know our hearts, know our aches, longings, and passions. He crafts all of that together and delights in bringing us fulfillment while declaring His glory through us so that others might know Him. It’s an incredible thing to stand in awe of the Lord God Almighty!

3) Verse 17 seems so weird! What is going on?
Abram’s faith was credited to him as righteousness (Genesis 15:6). Not Abram’s righteousness, but God’s righteousness. Only God could be wholly righteous. Only Jesus could live the human life perfectly in order to take our punishment. Only God could design a plan of salvation and bring it to fruition over the course of hundreds and hundreds of years. Whose righteousness are you counting on? Think about what’s truly going to save you…is it secure? Could it stand the heat of a “covenant” with the Almighty?

4) What is the outcome of this covenant?
All Christ-followers are an outcome of this incredible covenant, spanning thousands of generations! Paul makes it clear in the New Testament book of Romans that belonging to the lineage of Abram has nothing to do with bloodlines, but with faith. Everyone who believes in Jesus Christ’s offer to clothe us in His righteousness instead of our sin is counted in the family of faith!

Don’t miss today’s other Journey Study,The Invitation
Sign up to receive every Journey to your inbox!

Thanks for joining us today as we journeyed into Borders Week Three!
Don’t miss out on the discussion – we’d love to hear your thoughts!

Looking for other journeys from this theme?
See all past studies in Borders!