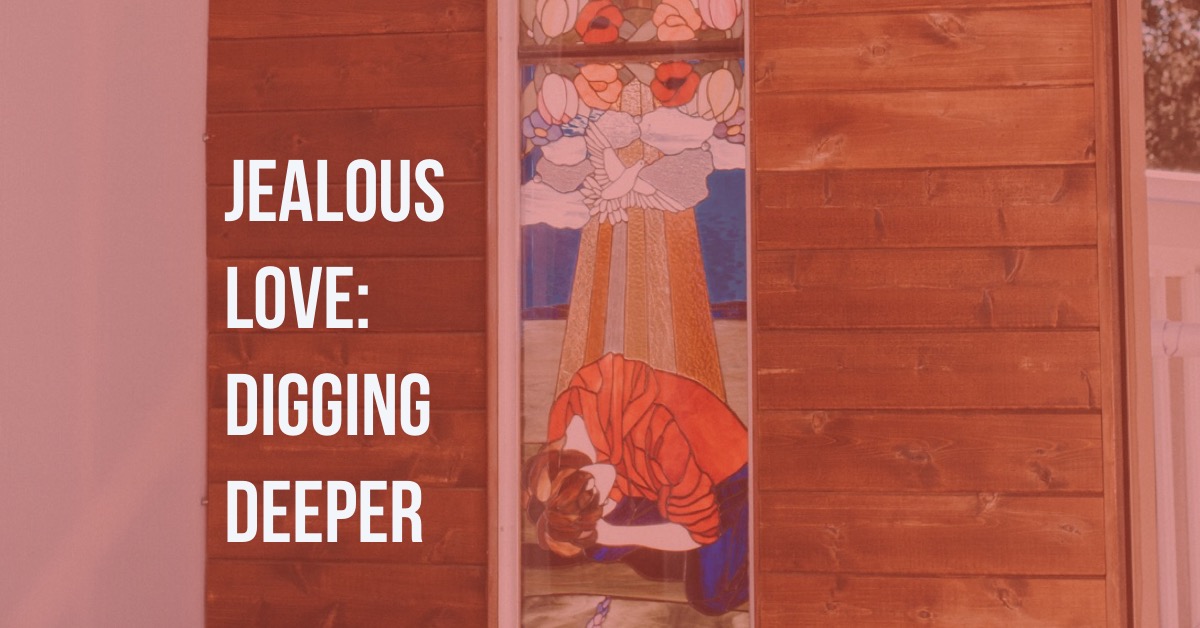 Today is 2-for-1 Friday!
Check out Jealous Love!

1) Why did the temple need to be rebuilt and why were the people saying it wasn’t the right time to rebuild?

2) Why does the Lord prompt, “think carefully about your ways”?

3) Didn’t the Lord care about the well-being of His people? Why was He punishing them for not re-building His temple?

In the second year of King Darius, on the first day of the sixth month, the word of the Lord came through the prophet Haggai to Zerubbabel son of Shealtiel, the governor of Judah, and to Joshua son of Jehozadak, the high priest:

2 “The Lord of Armies says this: These people say: The time has not come for the house of the Lord to be rebuilt.”

3 The word of the Lord came through the prophet Haggai: 4 “Is it a time for you yourselves to live in your paneled houses, while this house lies in ruins?” 5 Now, the Lord of Armies says this: “Think carefully about your ways:

7 The Lord of Armies says this: “Think carefully about your ways. 8 Go up into the hills, bring down lumber, and build the house; and I will be pleased with it and be glorified,” says the Lord. 9 “You expected much, but then it amounted to little. When you brought the harvest to your house, I ruined it. Why?” This is the declaration of the Lord of Armies. “Because my house still lies in ruins, while each of you is busy with his own house.

10 So on your account,
the skies have withheld the dew
and the land its crops.
11 I have summoned a drought
on the fields and the hills,
on the grain, new wine, fresh oil,
and whatever the ground yields,
on man and animal,
and on all that your hands produce.”

1) Why did the temple need to be rebuilt and why were the people saying it wasn’t the right time to rebuild?
The timing for Haggai’s prophecy occurs about 15 years after the remnant of Judah has returned from exile in Persia. (Note that this is not the Northern Kingdom (Samaria or Israel) as was referred to in Empty Identity) The date is about 520 BC and falls chronologically before the books of either Ezra or Nehemiah. The temple and all of Jerusalem had been ransacked and leveled at the merciless hand of the Assyrian Empire, which God had sent as a forewarned punishment for Judah’s consistent rebellion and disobedience. Though the people had returned to their homeland, it had been utterly ruined. They were a forlorn nation in the middle of an overturned city with little to no protection. So, they focused their attention on building houses and working as hard as they could to grow food. Time has a way of slipping by, and 15 years later, they were still eking out an existence. Surely, they couldn’t possibly take time and resources to rebuild the temple now.

2) Why does the Lord prompt, “think carefully about your ways”?
Through Haggai, the Lord God calls out twice for His people to consider their ways. They are chasing what they want, what they think they need, and coming up empty handed, restless, and frustrated. First, the Lord says to consider their ways and then He lists how they have become narrow focused, placing priorities on things that aren’t worth the worship of their lives. Then the Lord repeats, “think carefully about your ways” which He immediately follows up with specific directions on how to correct their off-course worship and the dangerous trajectory of their lives. Take confidence that the Lord will never call us to repentance without a clear way to return to Him! He told them where to go, and how to get busy in restoring what was broken down in order that His presence might once again fill the temple and the relationship between them would be healed.

3) Didn’t the Lord care about the well-being of His people? Why was He punishing them for not re-building His temple?
It was God’s jealous love that insistently had forewarned Judah to return to Him, to stop worshipping idols, and to come back into relationship with Yahweh. But, at their continued refusal, the Lord had exiled them. Now almost 100 years later, God had brought them home. He wanted to bless them, to restore them, and renew their relationship, but still they went on about their business giving little to no thought towards rebuilding the temple. The temple was the epicenter of their worship; it was the physical, visible reminder that Yahweh was their God and they were His people. Without this rebuilding, they would soon fall again into even deeper forgetfulness of God resulting in more punishment. Rebuilding the temple was of utmost importance not because God needed their worship, but because they needed the Lord!

1) Why did the temple need to be rebuilt and why were the people saying it wasn’t the right time to rebuild?
As Christ-followers we all make commitments to the Lord when we are eager to love Him and chase after Him, desiring to put Him first. High moments of worship where we feel close to Him are often forgotten when the busyness and anxieties of everyday life come rolling in. Consider when the last time was that you truly felt close to your God. What brought you to that place of intimacy and worship? What spiritual disciplines were you practicing that helped you? Perhaps you had opened up to some friends and were actively part of living out biblical community. Just as in the time of Judah, sincere worship, whether we feel like it’s the right time or not, will absolutely set our hearts back towards intimacy with the Lord. Worship Him today!

2) Why does the Lord prompt, “think carefully about your ways”?
The Lord God never changes, neither does the supreme wisdom of His ways. When we chase after our own wants and desires, longing for our lives to be exactly the way we expect, we end up missing out. It’s like chasing after the wind and everything becomes meaningless, like putting our most precious possessions into a bag with holes in it. Jesus invites us to experience life in a new way, a fuller way. Jesus says that “whoever would save his life will lose it, but whoever loses his life for my sake will find it.” Doing things our way, managing life with our priorities may seem like the best option at the time, but plans will ruin, disaster will strike, and unless our lives are solidly rooted in the unshakeable foundation of Jesus Christ, we will quickly lose everything. Pray and ask the Lord to show you where you are trusting in yourself instead of Him. Praise Him for being a jealous God who loves us deeply enough to call us back into what is good and freeing and satisfying!

3) Didn’t the Lord care about the well-being of His people? Why was He punishing them for not re-building His temple?
The Lord’s jealous love is pure and holy towards us, drawing us into worship for our good because He knows that intimacy with Him is what will bring fullness of life. The people of Judah could chase after their paneled houses and better crops their entire lives and still miss the most important thing, a relationship with God Himself. And here we bravely hold up the mirror to our own lives, how quickly do we forget the God who loves and pursues us so jealously? What does the soundtrack of our lives sound like? What do our financial expenditures declare? What receives the lion’s share of our time and talents? Judah would have forgotten the Lord their God again, but He graciously called Haggai to remind them.
How is He reminding you?

This is Bride Week Two!
Don’t miss out on the discussion!
Sign up to receive every GT Journey Study!