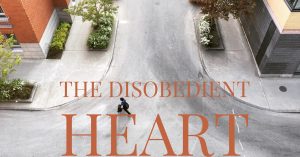 Pretty much everyone who has spent any amount of time in Sunday School or Children’s Church is at least partially familiar with our old pal, Jonah, and his three-day stint in the belly of that giant fish. For those who may not be as familiar with the story, let’s recap.

The city of Nineveh was full of people who were sinning, and God was DONE. He told Jonah to “get up” and get over there to warn the Ninevites that their wickedness was pushing His limit. Jonah, sly fox that he was, got up…but took off in the other direction! He hurried to Joppa and found a boat that was headed for Tarshish, paid his fare, hopped on board and bid God’s presence “adieu.” Or so he thought.

God had other plans in mind. The ship hadn’t been sailing for long when God hurled a mighty storm at the sea. The sailors were terrified. They tossed their cargo overboard, hoping to lighten the load…but nothing worked. Each man prayed to his god, but the storm didn’t stop. Meanwhile, Jonah snored away in the bottom of the ship. Through a series of events, the sailors came to the conclusion that the ruckus was the fault of Jonah and his God, and at Jonah’s own bidding, they tossed him overboard. Rather than drown, Jonah was swallowed by the whale and spent three days and nights getting up close and personal with his disobedient heart, his God…and one can only imagine a whole mess of stinky fish.

Again, God commanded Jonah to go to Nineveh. Finally, he obeyed. Scripture doesn’t say this, but in my mind…he was dragging his feet and huffing as he stomped the three days’ journey to Nineveh to proclaim the word of the Lord. When the men of Nineveh heard that their city would be demolished in 40 days, they had a change of heart and began to fast. The king of Nineveh heard what was happening, and he too, began to fast. God saw that they had experienced a heart change and His anger receded. He decided not to demolish the city.

Jonah was furious. Can you picture him there outside the gate of Nineveh, railing at God? “Are you kidding me? You aren’t going to do anything? After everything I’ve been through? I knew you were going to do this! I knew you would forgive them! Why did you send me here? Why did I have to waste all that time in the disgusting belly of that fish? This isn’t fair! I wish I had just died!” God, in His patient way, had more to say… but we’ll get into that another day.

The saga of Jonah leaves us with a lot to unpack, but it all starts and ends with a disobedient heart. Isn’t that the way it goes? I wish I didn’t relate to our fishy-smelling friend’s response to God so well sometimes.

For me last week, it went something like this.
God: It’s time to give up Facebook.
Me: Umm, yeah, I can’t do that. I admin like, fifteen different business pages for companies and public persons – including myself. I respond to customers, drive engagement, put out fires, and any number of other things. It’s literally my job.
God: Figure it out.
Me: Okay, I GUESS I could just run the pages without using the personal side. But, I’ll miss so much! How will I know what’s going on with my friends?!
God: (silence)
Me: Okay, FINE. I’ll do it. But don’t expect me to like it.

Maybe you can relate to old Jonah, too. Maybe for you, the conversation went something like…

See that man on the corner? Give him the $20 in your wallet.
The $20? Really? Umm…I don’t mean to be disrespectful, but don’t You see that bottle sticking out of his backpack? I’ll slip him this $5…can’t buy much booze with that.

Share your story with her today.
Share my story? My WHOLE story? With…her? Right now? But, I’m running late and I really can’t make time for this today. I’ll smile and nod, that will brighten her day… and still save my schedule.

Set aside your plans and play with your children. Your chores can wait.
But, I have so much to do today. Most of it is for You, anyway! Maybe next week I can slow down, but this laundry isn’t going to fold itself. And there’s dinner, and grocery shopping… Not going to happen today, sorry.

Funny how our disobedient hearts so easily fall into a rhythm of self-righteousness, isn’t it? Jonah’s heart did the same. Even after he obeyed and warned the people of Nineveh about what God had said, he was outraged that God did not destroy the Ninevites as He said He would. I can’t claim to know exactly what was in Jonah’s heart, but his quick fury leads me to think that while he obeyed God outwardly, his heart may have remained unrepentant. Okay, fine. I’ll do it. But don’t expect me to like it.

How often do our own hearts echo Jonah’s? No matter what the conversation sounds like, each of us is responsible for confessing our disobedience so we can be forgiven and restored to our Father. There is no heart too disobedient to be made clean!

Father, thank you for pursuing us, even in our disobedience. Thank you for your gentle correction and loving rebuke. Forgive me for the times when I insist on my own way. You are my King and I submit to Your plan. Holy Spirit, convict me when I lean on my own righteousness and quicken my heart to long to obey. We love and praise You.

Thanks for joining us today as we journeyed into Chase Week One! Don’t miss out on the discussion below – we’d love to hear your thoughts!