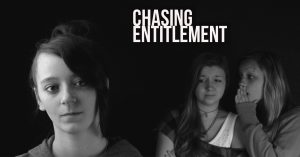 “For God so loved the world…”

It doesn’t always seem fair that He has the same amount of love for the person who doesn’t even try to live a godly life as He does for those who are working daily to grow their relationship with Him.

And as embarrassing as it is to admit, these thoughts cross my mind sometimes:
“I’m such a better mom than her.”
“I’m so much nicer than her.”
“I give so much more than them.”
“I present myself better than her.”
“My house is so much cleaner than hers.”
“My walk with God is a little shinier than hers.”

And even if I am today… I know I’m not the only one in history who has had similar thoughts.
Pharisees.
Adam.
The Prodigal Son’s brother.
James.
John.
The Rich Young Man in Mark and Luke.
Saul.
Joseph.
Jacob.
I mean, just to name a few.

But one that stands out to me the most is this man we’re going to be talking about for a little while… Jonah.

Jonah. The prophet infamously known for being swallowed by a giant fish because he refused to go where God called him to go. But, why did he refuse to go to Nineveh? He was a prophet of the Lord! Shouldn’t he WANT to go where God’s love was greatly needed?

They were too far gone. Too dirty. Too lost.
Way too sinful.

And this is where my breath catches and my eyes start to tingle with tears of guilt suddenly threatening to spill over.

How many times have I been Jonah?

How many times have I looked at someone and refused to show them love because I thought they were too far gone? They were too dirty, too lost, and way too sinful for me to even consider offering them the grace that God gives freely to ALL? Sisters, if my answer is even “just one time”, that’s one time too many. And, unfortunately, my answer is way more than one.

My prejudice-ness, pride, judgment, and self-entitlement clouds my perception of others and their need for grace, while also radically fogging other’s viewpoint of God’s character of pursuit of His children.

We all have our own ideas of what “too far gone” looks like.
For Jonah, it was the Ninevites.
For some, it might be murderers, child abusers, prostitutes, politicians, dictators.
For me, sometimes it looks like another woman who is struggling to find her place in this world. And realizing that ugliness in me, breaks my heart.

I can’t believe that I could ever limit the love that I show someone based on my perception of them. Until I remember how dirty and lost and sinful I am too.
Jesus saved me, despite all of it, and in the sight of the Lord,
I am absolutely no better than anyone else.

Love can be so messy.
It can be so dirty.
But if Jesus can love the entire world… the abuser and the victim, the prostitute and the pimp, the dictator and the citizens, you and me…
then surely I can love the people that can seem the hardest to love.

Let us learn from the sad life of a man who would rather die than watch the Lord extend grace to people he deemed unworthy.
Because we are all unworthy.

Thanks for joining us today as we journeyed into Worship Week Three! Don’t miss out on the discussion below – we’d love to hear your thoughts!
Click the above image for today’s Digging Deeper!