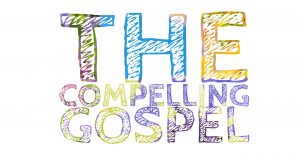 I watched a movie the other night about the hunt for Osama Bin Laden. It was a hard movie to watch, mainly because all I could think about was the evil that humans are capable of. We, humans, can do so much good, but we can cause so much pain and so much hurt. I began to question God, “How could there be so many people with so much hate in their heart? How do we ever stop this?” I thought of how cold and hard the hearts of terrorists must be and I began to get a little scared. But God quickly reminded me that He can change even the hardest of hearts. He loved Osama Bin Laden. Woah. Jesus died for Osama Bin Laden and he needed Jesus just as much as we need Jesus.

The next day, I watched with the rest of America as a young American man came home after being detained in North Korea for over a year. I read comment after comment about how terrible Kim Jong-un is and the wretched conditions in North Korea. My heart grew increasingly heavy and I began to wonder, once again, what hope there could be in a man like Kim Jong-un ever coming to know the Lord. The Lord quietly spoke to me, “Remember, Kendra? I can soften the hardest of hearts.” And peace flooded into my spirit.

It is so easy to doubt that the Lord really can change hard hearts. We imagine people with horrible and vile intentions, or those addicted to different substances for years upon years. I think of cruel dictators, terrorists, people in the human trafficking ring, and parents who abuse their children…
but God can change the most broken people,
and He has changed incredibly broken people.

Paul was born as Saul and was a Jewish man, born in the large city of Tarsus, who studied the Old Testament profusely and cared deeply about upholding Jewish traditions. He was a Pharisee. He was an angry and bitter Pharisee.
He hated that other Jews were choosing to follow Jesus, leaving behind treasured traditions, sacred scripture, and Jewish law. He hated that these Jews-turned-Christians were mingling with Gentiles (non-Jews) and were practicing idolatry with these new friends.
It wasn’t right! It wasn’t fair!
He had devoted himself to two things: his trade of tent-making, and his religion. These people were walking away from Jewish traditions for some “lowly man” whom they claimed God favored enough to raise from the dead?! Preposterous!

The hatred Saul held in his heart for these traitors, led him to become one of the loudest voices in encouraging the persecution of the Christian Church. He spent his days traveling from town to town declaring that disobedient members of the synagogues should be disciplined through ostracism or flogging or imprisonment or death.
It would take something huge to change his heart of stone.

But something huge did happen.

God called Saul, changed his name to Paul, and used other believers to minister to and disciple Paul.

In Galatians 1:11-24, Paul quickly shares his testimony… he once was a man who persecuted Christians, but because of God’s great grace, Paul was now preaching to Christians. The Good News of Jesus Christ was so compelling that he was transformed from persecutor to preacher. Paul was transformed!

See, God has transformed the hearts of people who are stuck in their religion and traditions. The gospel is transforming. It is powerful!
The Good News that Jesus died to cover our sins, redeem us
and now He LIVES, is POWERFUL!
The gospel changes people.
It melts the hardest of hearts and the coldest of souls.
And if we have seen the gospel change Paul’s life, if we have seen how the Truth was so compelling, Paul HAD to share the Good News, shouldn’t we want to share, too?
Shouldn’t we long for people to know the gospel so they can be transformed,
just like Paul was… just as we have been?

Thanks for joining us today as we journeyed into Freedom Week One! Don’t miss out on the discussion below – we’d love to hear your thoughts!

Looking for other journeys from this theme?
Here’s a link to all past studies in Freedom!

I love this about God! I have to remind myself, as a recovering self-righteous hypocrite, of all God saved me from. Sometimes we tend to look at ourselves and think it is somehow “easier” for God to forgive us our sins because “we” think we aren’t as bad as so-and-so. The fact is, it was so bad, that the only way to forgive me of my sin was to die in my place. It is the same payment. It was costly. And it definitely wasn’t easy, but He did it willingly. Oh, that the whole world would come to know… Read more »

“Recovering self-righteous hypocrite”
Amen and amen!!
“Easier” for God to forgive my sin…so guilty of this.

Yes! I love that takeaway, too!

Interesting because I was just thinking about this last night as I prayed through Psalms 150. I was thinking about the impact it would have if renown atheist Stephen Hawkins received salvation and recanted his beliefs
. I was challenged that God can do the impossible .

We are so easily fooled into thinking that the Lord is barely capable of small things.
Thanks for sharing, Nicole!

I think that so often about people with fame… Barbra Streisand is one I pray for often. 😉
Thank you for sharing!

Wow. This lesson spoke to me. It had never occured to me to pray for the evil leaders such as Kim Jong-Un. I had prayed for them to be stopped, but not for them to be changed as Saul was. Paul’s conversion story is one of my favorite Bible passages. I saw it in a whole new light (pun intended!) today. Thank you.

What a great takeaway and encouragement for each of us!

Thank you for sharing! I wonder who prayed for Saul before he was Paul and what it was like when he got to meet that person in heaven? It will be amazing to see the impacts our prayers reaches one day!