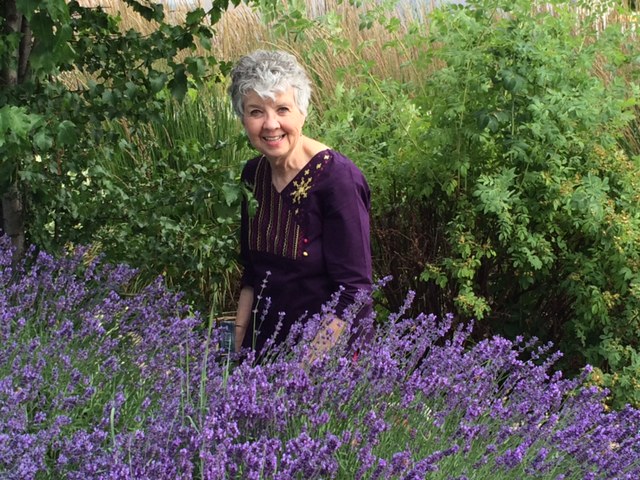 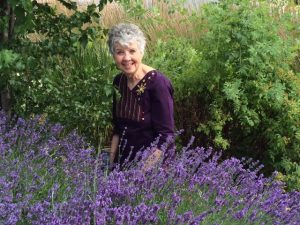 As I opened the document binder, my heart raced. Flipping quickly through the files, I soon found it: my birth certificate. Holding it carefully, as I’d done many times before, I glanced through the familiar data—name, date of birth, time of birth, place of birth, mother’s name. I paused at the space designated for father’s name. Once again old questions echoed in my mind, keeping pace with my rapidly beating pulse.

I was born before my mother was married. That she chose to keep me has always been a curiosity to me, especially since she was 21, away from home and living alone, working jobs at both a hospital and a WWII defense plant. Nearly eight months after I was born, she married a Danish immigrant farmer who was 25 years her senior, a man she had known only a couple of months. Though she never talked much about that decision, I sensed it was a marriage of convenience; he would take me too. A few days after the wedding, they went to the court house where he signed adoption papers.

While I had an adopted dad, I have no idea who my biological father is—my birth certificate is blank where it says “father’s name.” I don’t know if that man even knew I was a possibility. I’ve surmised that he went off to war and Mother never told him she was pregnant—or she may not have known until after he was gone. Perhaps she told him—and he walked away.
Was it a significant relationship? Was it a one-night stand?
My mother never told me anything about the circumstances. When we did have a conversation and I asked my father’s name, she said, “I don’t remember.”

If that man did know about the pregnancy, did he ever think about me? Did he ever wonder what I looked like? Did he ever try to find me? When I look at my son who is much taller than my husband or I, I wonder if he bears resemblance to the unknown grandfather whose genes he carries.

I’m not sure when I first heard the word “bastard,” but before I knew what it meant, I knew it wasn’t good by the tone of disgust which accompanied its use.
I was “illegitimate.”
I had been abandoned, rejected, left by the very man who had given me life.
As a result, I always felt I was a burden to my mother. Shame overshadowed every part of my life.

When I was 13, my parents divorced. After that I saw my adoptive father only twice. Once again, I felt I had been carelessly tossed aside and left behind like a useless teddy bear. As I entered my teens, my life was filled with the chaos of divorce, multiple moves, changes in schools, and assuming the roles of homemaker and mother of my two younger brothers. Those demands didn’t leave much time for me to think, but looking back, I realize I had a broken heart, was often angry, resentful, scared, lonely, and starved for affection.
I lived with those holes in my soul.

Illegitimacy and abandonment fed questions about my identity, my worth, and sense of belonging. At night, I’d lay awake asking myself,
“What’s wrong with me? Am I ever going to be good enough?
Will anyone ever want me? Who will love and accept me?”

Though I didn’t voice those concerns aloud, they were always lurking behind attitudes and actions,
waiting to burst forth when any difficulty might arise.
Insecurity ruled me.
One day a friend would say, “Back off. You’re so clingy and possessive. You’re smothering me!”
The next day a different classmate might say, “I thought you wanted to be friends. You’re acting like a snob.”
I was like a marionette dangling on the strings of my feelings and the opinions of others because I wanted to belong, to be accepted.
Because I feared rejection, my response to even the slightest conflict was retreat or “peace at any price.”

Though I had received Christ as Savior about the time my parents divorced, through the kind, intentional invitation of a man who offered to take my siblings and me to church, I didn’t grow spiritually. I didn’t understand that God not only wanted me to be in relationship to Him, but He also wanted to transform my life from the inside out, including what I believed about myself.

When I was 26 years old, reading through the Bible for the first time, I encountered Psalm 139:13-16. The Psalmist says to God . . .
For You formed my inward parts;
You wove me in my mother’s womb.
I will give thanks to You, for I am fearfully and wonderfully made;
Wonderful are Your works,
And my soul knows it very well.
My frame was not hidden from You,
When I was made in secret, . . .
Your eyes have seen my unformed substance;
And in Your book were all written
The days that were ordained for me,
When as yet there was not one of them.

My heart nearly jumped out of my chest – I read it again and again.
Then I called a friend and said, “Listen to this.” And read it to her.
“God knew all about me even before my mother knew she was pregnant,” I shouted. “I’m fearfully and wonderfully made.”
Oh, my heart sang!
Thus began the process of God renewing my mind as I submitted all the lies I’d believed about myself to the scrutiny of the Holy Spirit.
When those old thoughts crowded in, I talked to myself: “Speak God’s Truth to that!”

A few years ago when our church studied The Purpose-Driven Life by Rick Warren, my heart leapt again as I read Day Two.
“You are not an accident. Your birth was no mistake or mishap, and your
life is no fluke of nature. Your parents may not have planned you,
but God did. He was not at all surprised by your birth. In fact, He
expected it. Long before you were conceived by your parents, you were
conceived in the mind of God. He thought of you first. It is not fate, nor
chance, nor luck, nor coincidence that you are breathing at this very moment.
You are alive because God wanted to create you! . . . .
While there are illegitimate parents, there are no illegitimate children” (22-23).

God has continued to transform my thinking and my perspective through His Word. In Ephesians 1:4-5, Paul asserts that God
“chose us in Him before the foundation of the world that we should be holy and blameless before Him. In love He predestined us to adoption as sons [or daughters] through Jesus Christ to Himself, according to the kind intention of His will.”

As those truths have taken root and grown in the core of my being,
I have accepted that I wasn’t an accident; I wasn’t illegitimate in the heart of God.
Instead, He has chosen me to be holy and blameless.
I have been adopted into the family of God.
He will never leave me nor forsake me.

Furthermore, according to Isaiah 43:1-5,
God not only formed me,
but He calls me by name;
He knows me;
I belong to Him;
He loves me and I am precious in His sight.
He is always with me.
And because of all that,
though a blank space still exists on my birth certificate,
I KNOW my Father’s name!

Want to study with us? Sign up for daily Journey Studies!
Want to read more stories like Georgia’s?
Curious about how to share your faith story?