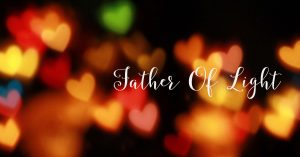 God always preserves His lights.
He always calls faithful men and women to brandish the torch of truth and address relevant issues. He calls them to keep the gospel central while advancing His kingdom with grace and truth. As the Father of light (James 1:17, 1 John 1:5), He has protected, preserved, and guarded the light of the gospel, deposited in every believer (Matthew 5:14-16) from generation to generation.

Following World War II, the rapid advances in technology spawned a new pop culture that caught many church leaders off guard. Rather than address the burning questions of that era, many denominations diluted core doctrines like the deity of Christ and the supremacy of Scripture, attempting to be more relevant. On the other extreme, fundamental denominations railed against the evils of the day while also failing to answer questions with truth and grace.
So, the questions remained unanswered while various denominations bickered and pop culture dragged society toward godlessness and secular humanism.
Culture called out for answers.
It cried out in confusion as pop culture shifted the ground beneath them at breakneck speed.

Into such an era emerged God’s glowing embers.
John Stott was an Anglican priest in London. His faithful exegeses of Scripture and his keen ability as a communicator were gifts the Lord used to help shape Christianity in the 20th century. He possessed a unique ability to disseminate complex theological issues in a relevant and understandable manner, and spoke clearly on issues like same-sex relations with truth and grace. By clearly teaching truth, he stirred the embers of faith within a generation to reach their world for Christ.

With Billy Graham and others, John Stott formed the Lausanne Covenant in 1974, which brought together Christians from 125 countries and various denominations to present a God-sized, yet workable plan for reaching the entire world with the gospel. Members confirmed the fifteen-point covenant, affirmed the confessions of the Nicene Creed, and committed themselves to the task before them. John Stott’s ability to lead and inspire others led him, Billy Graham, and others to unite Christians around the cross while spreading the gospel worldwide.

Another brilliant light was John Stott’s colleague and fellow Anglican priest, J.I. Packer, who was educated under the tutelage of giants like C.S. Lewis. Now 93, Packer is considered to be among the most important theologians of the late 20th century. He is a prolific writer, most noted for his book Knowing God. He also served as a frequent contributor and General Editor of Christianity Today and was General Editor for the ESV Bible translation.

Dr. Packer possesses a servant’s heart, and notes that he became impactful by simply doing the task before him and leaving the results up to God. In this humble manner, he faithfully wrote copious volumes eloquently articulating and ever advancing the cross-centered and grace-centered gospel. He is also noted for his respect for the Puritans. By casting light upon the Puritans, he challenges our current generation to pursue the same spiritual depth and maturity.

Though he never sought controversy, it often found him as he stood firmly for the truth. One such controversy emerged when the Anglican Diocese of New Westminster affirmed blessing same-sex unions in 2002. Packer walked out of that meeting, later writing, that like Martin Luther, his “…conscience was captive to the word of God.”

Billy Graham is widely considered the most impactful Christian leader of the 20th century. Though many were skeptical of the lanky, young American, they were drawn by his infectious zeal.

A Billy Graham crusade is synonymous with singing “Just As I Am” during the altar call and his iconic line: “and the Bible says…”, spoken in his elegant North Carolinian accent. He was the first to make successful use of technology to reach millions during a single meeting, preach in 185 countries, behind the Iron Curtain during the Cold War, and in South Korea. The genius of his ministry lies in his remarkable ability to stand upon the foundation of the Gospel, while leaning forward to find new ways to reach the world. Dr. Graham also addressed real-world problems wherever he preached, calling out racial segregation in America when it was an unpopular stance, apartheid in South Africa, and communism wherever it arose.

Although he is most widely known for his evangelistic crusades, his leadership was a catalyst for another phenomenon, the parachurch organization. Before WW2, mainline denominations with a bent toward liberalism, abandoned the pillars of orthodox Christianity like the virgin birth, the deity of Christ, the supremacy of Scripture and the resurrection. The hierarchy of these mainline denominations held sway over a confused and disgruntled people until Billy Graham introduced the parachurch organization. A parachurch organization is built on the doctrinal pillars of orthodox Christianity, and designed to “come alongside” a local church to provide support and encourage evangelism. This concept appealed to churches across denominational lines and paved the way for faith organizations like Youth for Christ, Intervarsity, Billy Graham Association, and Samaritan’s Purse.

Dr. Graham’s amazing gifts of visionary leadership and preaching ignited his generation for Christ. It is estimated he preached to 215 billion live and that 2.2 million became Christians as a result. Dr. Graham’s impact on post-war Christianity is monumental, and the influence of his ministry is credited with shaping world events like the fall of communism in the former Soviet Union, advances in the civil rights movement in America, the groundswell of the global church, and increasing attention to worldwide missions.

More recently, John Piper, has also ignited a generation with the philosophy called Christian hedonism articulated in his book Desiring God. Christian hedonism is an intentionally provocative term centered around one core idea: “God is most glorified in us when we are most satisfied in Him.”

Like J.I. Packer, John Piper is strongly influenced by C.S. Lewis, Daniel Fuller and the Puritans. He cites Christian hedonism as a mindset articulated by Jonathan Edwards.

In our post-modern age, we’re often disheartened by the shallow sensationalism of contemporary Christianity. However, just as God has preserved His glowing embers of faith and spiritual integrity throughout the centuries, so He will until His return.

As we are faithful, fearlessly standing for truth, while keeping the cross central,
He will work through us.
As we address the burning questions with grace and truth,
He will use us to ignite His Church.

For His promises stand firm,
His truth marches on,
and the church will remain His catalyst for salvation
until He comes again!

Thanks for joining us today as we journeyed into Ignite Week Three! Don’t miss out on the discussion below – we’d love to hear your thoughts!
Click the above image for today’s Digging Deeper!