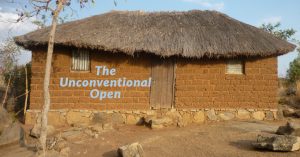 Home.
You walk in the front door, kick off your shoes, and there they are. The same walls, the familiar terrain of pictures and wall decor, couch and chair placement, family table for dinners, and the counter space for preparing meals.

Home. Regardless of how its decorated, the name brands marking the furniture, or the number of crystal pieces in the cupboard, it’s home.

As unremarkable as it may seem, here lies the hallowed place of potential. It’s in the ho-hum of sour laundry, endless dishes, carpets needing vacuumed, and colored-on walls that the Lord can turn the mundane into the miraculous.

Jesus was home.
Though He spent a good deal of His life moving about like an itinerant preacher, He had a place in Capernaum. Whether the house where He stayed was actually His own home or it was Peter’s, isn’t as important as what He did with His space. Here was His bed, His kitchen, His low table for meals, perhaps a carpentry shop outside for income to care for His mother; regardless of its appearance, this was His home.

His fame was growing and He was attracting increasingly more attention. Most wanted His blessing, His healing, or His provision. Some, deeply offended by Him, wanted His death, but His message remained the same to all, humanity is separate from God because of sin. Repent and surrender to Him, for the Kingdom of God is near. (Matthew 4:17)

Wherever Jesus walked, visited, or raised His voice to teach, crowds followed. He had just spent several days walking place to place, engaging people, healing, and preaching. He’d ended His tour in the region of the Gerasenes where He’d created a ruckus by healing two demon possessed men. Ruckus? He sent the demons into the pigs who then ran themselves headlong over a cliff, killing themselves. The result? Jesus was run out of town. (Matthew 8:34) Never mind that two men had been set free from demons!

From this, Jesus sailed back over Galilee and comes home.
Surely exhausted emotionally, spiritually, and physically in the wake of busy days filled with powerful ministry and personal attacks, Jesus makes His way from the Galilee shore through the familiar streets to His house. As He walks, word spreads. “Jesus is back!” “Jesus is back!”
It was a few stragglers at first following from a distance, maybe even a handful of children running to grasp His hands as He walked, but it grew quickly. By the time, Jesus reached home, the gathering crowd was leaning in, ready to experience Jesus.

He walked into His home, the growing crowd pressing right into His house with Him. Sandals tumbled off and body heat increased as sweat caused clothing to stick to hot bodies. Yet despite the room temperature, the smell, and the pressing tightness of human beings, Jesus’ voice rang out with compelling winsomeness as He preached truth wrapped with grace. (John 1:17) The more He preached, bringing out precious truths from the Old Testament and unveiling the fullness of the gospel, the more the crowds swelled. Windows were blocked by faces peering in and the doorway became darkened by the flood of people and crowds surrounded the exterior.

Meanwhile, word on the street kept spreading and four friends knew this was their chance. Bound together by their love for one another, they lifted their paralyzed friend and moved forward as one team. Urgently, gingerly, and with all haste, straining under the weight of their friend’s makeshift bed, they made their way through dusty streets to Jesus’ house. Grunting and squeezing their way between bodies, they knew their only option was the flat, clay roof. The four hurried up the rocky steps, weeds poking between stones, with their precious friend precariously swaying between them, all the while navigating people. Once on the roof, they began literally tearing it apart. Plaster and pebbles rained down as Jesus preached, a scattering at first and then, finally, after what seemed like hours of digging through brittle clay, a downpour of pebbles flew and the sky opened above the crowd. Stunned and silent, all eyes peered up at the 4 heads looking sheepishly down through the man-sized hole. Wordlessly, the friends lowered their friend through the opening, it was up to Jesus now.

Jesus. His home upturned by hundreds of unexpected guests, His own body exhausted, and now His roof torn open. He could have shooed everyone out, He could have seen the crowds earlier and gotten back on a boat or at minimum, He could have preached from the beach instead of His home. But He did none of those things. Instead, He moved forward with His mission to preach the good news of God who had come in the flesh to be a Forever Rescuer from sin, even if it meant….this mess.

“Son, your sins are forgiven.”

Jesus’ gentle voice held a fullness of authority balanced with tender kindness. He would set this man free from sin’s grip for this is exactly what He came to do, “seek and save those who were lost.” (Luke 19:10) Going farther, Jesus physically healed the paralytic proving His authority over all creation in both physical and spiritual realms.

What happened that day was a miracle, but it began in the middle of unspeakable mess. At every point that day, Jesus could have chosen to indulge His flesh, but He continually modeled surrender to the Father’s will, allowing a dramatic unconventional opening for the gospel to be preached and hearts to be set free.

One roof was destroyed.
One house was overrun.
One preacher man was physically spent.
But…
Countless hearts were shifted for eternity.
Millions of people have read the story of the paralytic since, and every time,
the gospel has been preached again.

My home is familiar territory to me, a safe haven of rest.
As I read this story of Jesus and His home, I’m challenged to be ready to leverage my house for kingdom work, even if it means getting plaster on my hands so others may experience Jesus.
Are you with me?!

Thanks for joining us today as we journeyed into Open Week Two! Don’t miss out on the discussion below – we’d love to hear your thoughts!