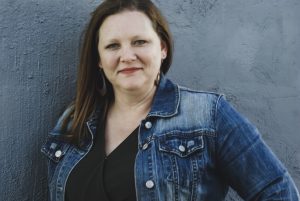 This is my story.  This is me.
A real person with a real history and real scars and real feelings and real fears and a real Savior and a real faith and a real calling.  For years I felt somewhat distant from the narrative of my life, even though I lived through every day.  Recently God reminded me that each part, whether painful or beautiful, was more than an anecdote…it is MY story and MY reality.  God brought me to each moment, and continues to bring me to those yet to come.  My story isn’t particularly unusual — it has elements that are sadly too familiar for many of us.

A REAL PERSON
I am married to a pastor.  I did not choose that role, but God chose me for it.  I have no idea what I am doing most days.  But what I have learned over the years is that as a result of our calling as a family, people make assumptions about who I am, what I should and shouldn’t do, and what my family should and shouldn’t be.  You have those ideas too, whether you realize it or not. Leave them here.  I am not her (none of us are, by the way).  I am as real as they come.

A REAL HISTORY
My early life was typical on the outside, but behind the scenes was a tumultuous mess.  My parents were divorced when I was very young. Life with 2 homes was all I knew.  Those two households were complete opposites — one was stable, but rigid and distant; the other was untamed fun, but not the kind of environment you’d want a kid to see.  And in between, without the knowledge of either, there was sexual abuse that marked my life for years. And at the height of it all, my father went to prison.

REAL SCARS, FEELINGS & FEARS
Those incidents left me desperate for love and attention because I often felt unloved and unwanted.  At other times, I felt ashamed of the poor choices made by others, fearing they would define me.  It was the perfect set-up for the Enemy to exploit…
First, I turned to performance in school — be the best, work the hardest.  When I received praise for my achievements, I felt a momentary sense of normalcy.  Eventually, I added promiscuity and a string of unhealthy relationships to fill the void.  My need to perform for acceptance pushed into my late high school and college years, eventually leading to a decision to have an abortion so that my “future greatness” wouldn’t be compromised, which ended up playing a significant role in my abusive first marriage.  For years, I believed the words often spoken over me that I would forever be unlovable and unwanted because of that one decision.
And even when that relationship was over,
I moved forward with an overwhelming need to be in control.
I was unwilling to be controlled by anyone or anything.
I took all of those scars, feelings, and fears straight into my marriage to Tim.

A REAL SAVIOR
The stable part of my childhood always included church, and when I was in the second grade, I made the decision to follow Christ and be baptized.  I knew there were things beyond my ability to handle and that I needed help.  For the next several years, I continued to grow, but only a little.  Eventually, my feelings of shame, trying to numb the pain inside of me, and the things I believed about myself seemed like they were too much.  I didn’t understand why God would want me or my mess.  After years of keeping God at a safe distance as I pursued wrong decisions, yet always sensing His gentle and loving reminders that this wasn’t the life He wanted for me, I returned to Him.  Tim and I were in crisis after only 2 years of marriage.  I had to admit that my life was beyond my ability to control any longer, and I knew that any efforts I had made to protect myself and fill the empty places in my heart had done nothing but fail.

A REAL FAITH
As God intervened in our lives, I came to a hard realization: my image of God was still that of a hurt little girl who was trying to survive the chaos.
The God of that 8-year-old child wasn’t big enough to deal with my 25-year-old mess.
God beckoned me to get to know Him more.
Not who I had imagined Him to be, but for His true self.

To grow, to trust, to allow the I AM to satisfy my every need. He drew me to His word and spoke into the depths of my heart in ways I never imagined possible. He showed me He was much more than I made him out to be, and He was capable of taking much better care of me than I ever did on my own.  As my knowledge of Him grew, my ability to trust Him grew.  As my trust grew, my desire to follow Him all the more increased.  And as I have followed Him to a greater degree, I have seen His work in ways that amaze me every day.

A REAL CALLING
Where does that leave me today?
With a passion for you.

To journey alongside you as we both grow, as we learn to know Him for who He really is, so that we can live in the glorious freedom that accompanies His truth.  And in so doing, that He will ignite that same passion in your heart to invest in the lives of others around you.

This is me. This is my story. The painful and the beautiful.
This is my God. This is the I AM.
“The LORD is my strength and my song; he has become my salvation.”  Psalm 118:14

Want to study with us? Sign up for daily Journey Studies!
Want to read more stories like Randi’s?