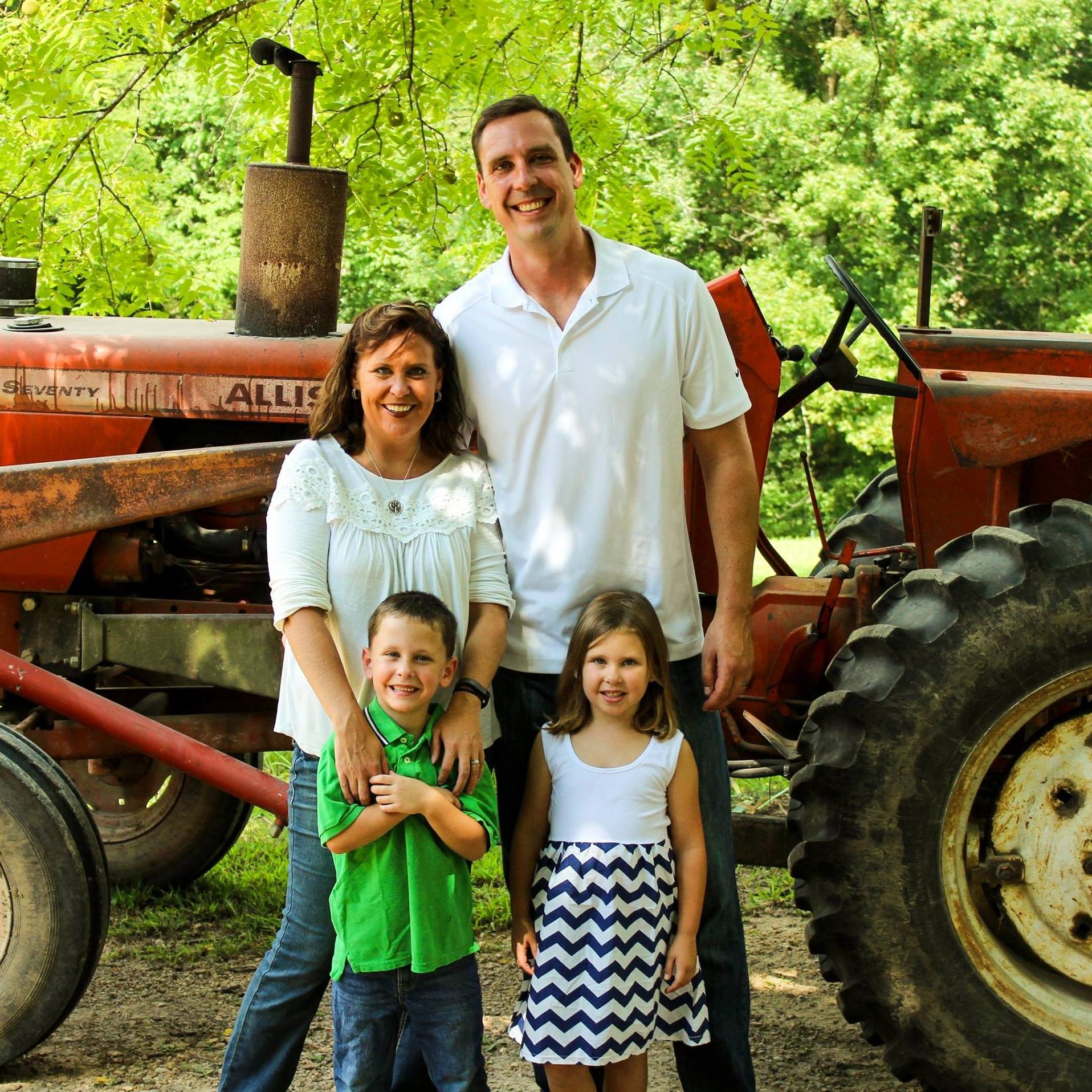 I was adopted at 7 weeks old by incredible parents who gave me an amazing childhood. I had visited church a few times with my aunt and I fell in love with it so much that I kept begging my parents to take me. Eventually, they arranged for a friend, Koko, to taxi me to and from church for almost a year. With more coaxing, my parents finally gave in to my pleas for them to come with me, and we never stopped.

At six, I accepted Christ as my Savior and was baptized. Not long after, my parents were saved and my whole family was baptized!  We grew in Christ together and became very active in our church.  If the church doors were open, we were there!

After attending college in Oklahoma and finishing up at Emporia State in Kansas, and being diagnosed in the middle of it with Crohn’s Disease, I moved to Kansas City. I found my first “real job” and entered into marriage. Looking back, it’s obvious to me why our marriage eventually failed.
I had planned my whole life for the wedding, but not for marriage.
I was in no way ready to get married, especially to him.  We were both selfish people and even sat in our car the night before the wedding and talked about whether or not getting married was right. BUT, we had all those people there and how could we change our minds now.  Three months after we were married, I had my first colon resection surgery related to Crohn’s. In December 2000, we found out I was pregnant, but by the end of January 2001 I had miscarried.  A month later, I found out my husband was having an affair.  Only eleven months after my wedding, my divorce was official.

I was devastated.
The one thing I had wanted most my whole life had just been ripped away in the blink of an eye, landing me in a crumbling world of hurt and depression.  With love and support from so many, I walked through that awful year.

The next 3 years, I grew personally, but not really spiritually.  I bought my own house, made a career for myself, thrived in a great support system and truly loved life, but was truly doing it on my own without God.

In 2005 I wanted a change in my life and even though I only knew one person in Nashville, I jumped all in for one of the scariest, but best moves I’ve ever made. Here’s where my life, which had gradually walked away from God, tipped overboard. I sowed all my wild oats and made ridiculously stupid decisions. But by God’s grace alone, I met my now husband in 2006 at a friend’s house while watching football.  God showed His grace to us and kept us together, even though we were so far from loving the Lord. We moved to Kansas City together in 2007 and were engaged in 2008. We were married in February 2009 in Punta Cana, Dominican Republic with our family and best friends.

Where I thought the fairy tale would begin, struggle overtook us as a mere 6 weeks later. I ended up in the hospital for a second surgery for Crohn’s, but instead of being a routine colon resection, I ended up with 5 additional surgeries, a temporary colostomy for 6 months, and over 2 months in the hospital.
There was a time that my new husband, Matt didn’t know if I was going to make it through the night.

Ten months into marriage in December 2009, we bought our first house and we were ready for a fresh start, but just shy of our 1-year anniversary, we were told that due to my many surgeries, my fallopian tubes were irreparably closed.
I would never become pregnant naturally.

Searching for options that would allow us to have children, we underwent IVF (in vitro fertilization) 7 months later in July 2010.
So Much Stress!!
We only had enough money for one chance, and our emotions skyrocketed and plummeted between worry and hope. Incredibly, through God’s mercy, we found out we were having twins after our first attempt!

Kynlee (girl) and Terynn (boy) arrived in March 2011 as beautiful bundles of hope, but as amazing as they were, our marriage hardships only intensified. If you had asked Matt, his plan was to stay married until the kids turned 18….then he was out.
He was just biding his time, and with our relationship struggles and high tension, he wasn’t the only one.
We were both miserable and fought constantly.

Again, God’s redemptive love insistently pursued us, in spite of ourselves and in the fall of 2012 we found our way to our small group.  Our marriage struggles soared daily until the summer of 2013 when we started a study by Timothy Keller called “The Meaning of Marriage”.
It totally rocked our world as it entirely changed our perspective on marriage.  For the first time in our relationship, we began authentically communicating, sharing, loving and most of all…PUTTING GOD FIRST IN BOTH OUR LIVES.

Suddenly, with amazing clarity, we saw how our priorities had been so messed up, but God had stepped in to turn our world UPSIDE DOWN so we could begin seeing things from His perspective.  His incredible love astounds me!

Our small group let us share our struggles, prayed over us, and walked with us right where we were. They showed us Jesus and made us feel like we had a home, were known, and loved like family.

I can’t say that we are perfect, because I absolutely know we are not.  But if you had known us 3 years ago, the difference today is as stark as black and white. We still struggle, because life is full of issues, but we don’t see each other as enemies anymore and we are relying on Christ to build into us. With Jesus in the center, every hardship we face will bring us closer together instead of tear us apart!

Jesus made the difference for everything in my life, marriage, and relationships. Let my story encourage you that it is never too late to turn around and run into the love and peace of Jesus as He is pursuing you!

Want to study with us? Sign up for daily Journey Studies!
Want to read more stories like Dee’s?