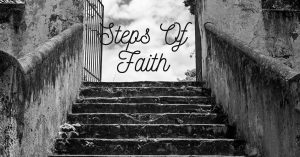 “I’m home.” Flinging open the door to our small house, I called out to my mother-in-law. She looked up with joy in her twinkling brown eyes. I knew she loved me every time she looked at me.

“Ruth!” she exclaimed, looking up from her mending. “You’re home early!”

“The barley harvest is over,” I explained.  I’d been gathering grain in the barley fields of Naomi’s relative Boaz for the past month. He was so kind to me and everyone who worked for him. I had spent the morning picking up the final grains and cleaning up alongside the other working girls.   While eating lunch, I recalled that first day when I began working in Boaz’s fields. Naomi and I had just moved back from Moab, my homeland. We were destitute. Boaz, in his generosity, had shared his wine and toasted grain with me. Naomi was so excited when I showed her the barley I’d collected from his fields.  It was the happiest I had seen her in years!

Now, as she took the final bag of barley and placed it into the storage bin, she turned to me with a familiar intensity in her eye. It was the same look I’d seen when she decided to return here to Bethlehem after my husband, Kilion and his brother had died.

Naomi had a plan.

She reached for my hands, gripping them with tender love as she spoke,
“My daughter, I must seek rest for you and find a home for you,
where you will be well provided for.”

Naomi’s passionate gesture brought back an instant visual of when my sister-in-law, Orpah, and I last held Naomi’s hands. Naomi had decided to leave Moab and return to her homeland, Bethlehem. Through tears, she’d encouraged Orpah and me to stop following her to Bethlehem and instead return to Moab. She blessed us, saying, “May the Lord show you kindness, as you have shown kindness to your dead husbands and to me. May the Lord grant that each of you will find rest in the home of another husband.”

Orpah pulled her hands from Naomi’s grip and wrapped her arms around us. She would return to her parent’s home, but I couldn’t leave Naomi. I knew this decision was more significant than where I lived; it was an opportunity to leave the gods of Moab and follow Yahweh. Naomi had taught me of Yahweh and His goodness. Though she had suffered the loss of her two boys and her husband, she still believed Yahweh was kind. Though our life was hard and bitter, she taught me to see Lord’s kindness in our friendship, safety on our journey to her hometown, and provision in Boaz’s fields.  Even though I was now a foreigner and an outsider, she knew the Lord could answer her prayer for a home with security and a husband and kids. It wasn’t too much for the Lord.

She paused and looked me up and down, but her hold on my hands intensified with a fire of love in her eyes. My hair was straggly with husks stuck to my clothes, and I smelled like sweat and barley. It wasn’t a pretty picture, but that didn’t stop her.

“Tonight, our relative, Boaz, will be winnowing barley on the threshing floor. Wash, put on perfume, and get dressed in your best clothes. Then go down to the threshing floor, but don’t let him know you are there. When he lies down, note the place where he is lying. Then go and uncover his feet and lie down. He will tell you what to do.” (Ruth 3:3-4)

My mouth dropped open. I couldn’t believe Naomi’s plan. Sneak onto the threshing floor while Boaz was asleep, uncover his feet, and lie down!

Only men went to the threshing floor.  What if someone saw me?

I was shocked. I did not expect Naomi to come up with a plan like this!

Since moving to Bethlehem, Naomi had spent much time teaching me the Law. There were rules about food, keeping the Sabbath, our clothing, and appropriate relationships. Since Boaz was our relative, she had explained the role of the kinsman-redeemer. Meaning, Boaz had a special responsibility to protect the family and the land.  She also explained why such a kind and faithful man was still single.  Though Boaz’s father was Naomi’s relative, his mother was a former Canaanite prostitute. No parent in Bethlehem would allow their daughter to marry Boaz. To do so would risk Yahweh’s anger burning against them according to Deuteronomy 7:3-4, “Do not intermarry with them. Do not give your daughters to their sons or take their daughters for your sons, for they will turn your children away from following me to serve other gods, and the LORD’s anger will burn against you and will quickly destroy you.”

As Naomi shared her plan, she noted how she had heard of Boaz’s kind character through conversation with the women of Bethlehem at the town well. The women’s testimony of his character and my stories of working with him had convinced her Boaz was a good man, who reflected Yahweh’s kindness. She believed God had saved him for me and brought me back from Moab for him.

Wow!  What a surprise.  I never imagined remarrying after Kilion died, but here was a gift of redemption. Naomi was giving me a life-changing choice just like she had with the choice to return home or move to Bethlehem.  She would love me regardless of my decision. She was more than my mother-in-law, she was my friend. We cooked together, laughed together, and learned Scripture together. Long before my husband died, she held me and cried with me every month I wasn’t pregnant. I trusted Naomi’s wisdom and perspective.  I trusted her heart and advice more than I trusted my own.

It was time to get cleaned up and put on my perfume.
It was time for me to take one more step of faith.

Thanks for joining us today as we journeyed into Redeemed Week Two! Don’t miss out on the discussion below – we’d love to hear your thoughts!
Click the above image for today’s Digging Deeper!

Looking for other journeys from this theme?
Here’s a link to all past studies in Redeemed!