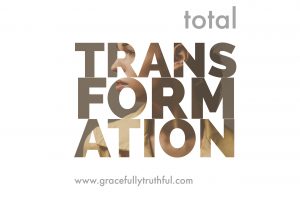 I love the New Year. It’s a fresh start, a time to set goals and resolutions. Anything is possible, and there’s always a sense that great things are in store for the coming months. However, as quick as the New Year arrives, February comes and regular life hits. We get busy and stressed with 100 things vying for our attention and suddenly, that motivation to get up at 5:00 every morning to go exercise disappears.

But God doesn’t ask us to make a resolution to do more.
In fact, He doesn’t really ask us to do anything. Jesus already did everything for us – knowing that we couldn’t possibly accomplish anything that would qualify as righteous and good all on our own. He took on our failures, our sin, our inabilities, our utter weaknesses that whisper in the dark shadows of our hearts, and set us free.
Free from condemnation (ours or His).
Free from failure and the pressure to measure up to impossible standards (ours or His).

Instead of resolutions on our power, He asks us to resolve to be remade by His power.
“Not by might, nor by power, but by my Spirit, says the Lord of hosts.” (Zechariah 4:6)

A few years ago, my husband and I were waiting at the drive-through window.
When the cashier gave us our change, she dryly said, “Thanks and have a good day.”
To my shock, my husband didn’t reply at all and instead took the bag of food and drove forward. I immediately began questioning him as to how his lack of reply was unloving and didn’t he feel guilty for not being kind enough or loving enough or gentle enough or….and on went my list of “enoughs”. Unruffled, he casually responded by telling me he didn’t feel guilty at all.
I was floored. What kind of Christian was he?!

The ridiculous instance turned into a much longer conversation as we ate our food about what it really means to be totally remade by Christ. In that crazy moment while eating a cheeseburger and feeling righteously indignant, the truth about transformation became utterly clear. It wasn’t about my so-called “righteous list” of do’s and don’ts. It was only about Jesus. He was the only one who had the power to transform and the master plan on how to best make it happen in my life…or anyone’s, even my husband’s.
Total Transformation begins with acceptance that
I Can Do Nothing To Make Myself More Like Jesus.
Nothing. Not a drop. Not an ounce of effort.
The only thing I can “do” is allow Him to remake me from the inside out.

Zerubbabel, a long ago dead king, is probably the ancient ruler that makes me most curious to study. He ruled Israel during a critical time in her history. Their temple had been destroyed and most of her exiles were still held in captivity, but God used Zerubbabel to rebuild the temple and free the exiles. Perhaps nothing too amazing at first glance, but as we look deeper, Zerubbabel is much more than just a powerful king with some serious leadership skills, he’s a shadow of the One True King who would come to build the church and set His people free from the slavery of sin.

The language used to tell King Z’s story is rich with the same futuristic wordage applied to Christ Himself in Jeremiah, Isaiah, Hosea, and Revelation. Just as Zerubbabel would be able to rebuild the temple and bring home the captives without vast resources or large militia, so would Christ build His church and set humanity free from sin. God would accomplish His work of both saving us from sin and sanctifying us (making us more like Himself) not by human strength or wisdom, but only by His own precious blood, His own powerful Spirit.

Jumping back to my drive through experience, my man was right. All those “enoughs” will never be “enough” to produce life change. There’s a deep difference between transactional behavior modification, which is generally quite superficial and temporary, and transforming of the heart, which produces life long shifts in how we live.
There are plenty of forces that can make us angry, hurt, spiteful, mean, selfish,
but only one can make us love like Jesus
and it has nothing to do with us, except that we surrender completely to His remaking.

Who are you, O great mountain? Before Zerubbabel you shall become a plain.
And he shall bring forward the top stone amid shouts of ‘Grace, grace to it!’” (Zechariah 4:7)

The “great mountain” depicts our own glory, our self-built pride, our own “goodness”.
King Z is Christ, before whom our hearts are leveled to a plain that He, the mighty God, might bring forth the “top stone”, who is Jesus Christ, the cornerstone (Eph 2:20).
All of this building amid shouts of “Grace! Grace!”.

Beautiful Friend, the work Christ wants to do in you is only accomplished by grace! It’s His working, His Spirit leading and shaping, His power remaking you from the inside out!
Be Remade this year!

Thanks for joining us today as we journeyed into Remade Week One! Don’t miss out on the discussion below – we’d love to hear your thoughts!

Looking for other journeys from this theme? Here’s a link to all past studies in Remade!