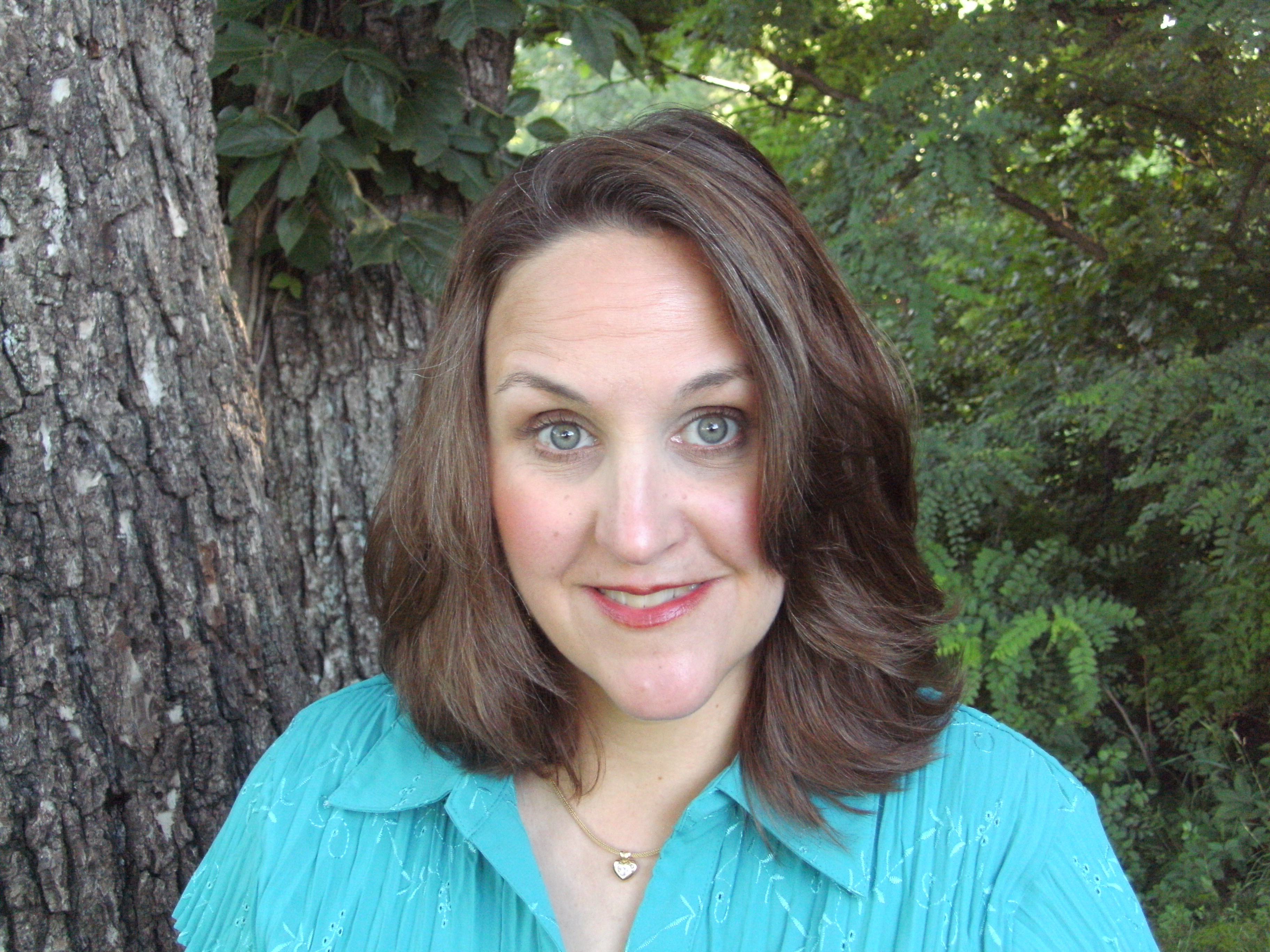 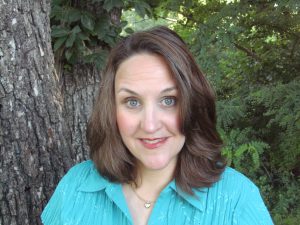 The crocuses are blooming outside my front door and I’m beginning to walk in the sunlight of spring. The winter in my soul has been bleak, its intense chilling wind cutting deeply. I have spent the past fifteen years in the howling wind of a long winter. Yet, here I stand in the sunlight, gazing in disbelief at spring!

My husband, Mark and I are the parents of twin boys. Matthew and Luke were born six weeks early via urgent Caesarean section. Luke weighed in at 4 pounds, 14 ounces, and Matthew followed at 4 pounds, 7 ounces. Early prognosis from NICU doctors was that Luke would progress normally and Matthew would have profound special needs, struggling all his life.

Our boys came home with an exhausting feeding schedule; sleep became a rare commodity, and I had little contact outside the home. Luke began to meet his developmental milestones with ease, while Matthew struggled with the basics. He had his first seizure at eighteen months, which began the twelve-year saga of countless 911 calls, neurology appointments, and hospital stays.

One rainy, spring evening, Matthew’s seizures escalated once again and we called 911. I stood in the driveway watching the EMTs load my tiny son into the ambulance. As the red and blue lights reflected on wet pavement, I thought: ‘This faith-thing better work as I’ve heard it does. It better be strong enough to carry me through tough times, because right here is where the rubber hits the road!’

I considered myself a strong Christian, yet my faith had remained untested; I knew in that moment that more would be required of me than Bible knowledge and faithful church attendance. Battle-tested saints spoke of faith, trust, and prayer at depths I’d never experienced.
I desired that strength and depth, yet hearing them speak of “fiery trials” made me uncomfortable. Surely there was a route to such depth without the “fiery trials”.
The ambulance in my driveway was His answer.

Weariness and desperation were all I had, yet He offered me His strength if I would simply pursue Him. Matthew and Luke needed a strong, godly mother caring for their needs.
Jesus offered that strength if my dependence was upon Him.
Choosing Him was my only viable option!

My prayer life was transformed into a soul-sustaining connection to my divine power source.
The Holy Spirit became my tutor.
Scripture became my textbook.
Obscurity became my schoolroom.
Heartache became my schoolmaster.
Through the practice of spiritual disciplines, I cultivated the skills of a faith-warrior.

Matthew’s needs were intense; the exhaustion and isolation that accompanied life with a special needs child forced my reliance upon prayer. I discovered that when Jesus was all I had, I found that He was all I needed.

My prayers, however, were not hushed whispers fit for stained-glass chapels aglow with sunlight. My prayers were intensely real—tearful rants, anguished pleas, and wrestling matches. During the long days of caregiving, I prayed continually. I prayed for strength and for Matthew’s healing. In twelve years of praying, Jesus gave me one answer: “My grace is sufficient for you, for my power is made perfect in weakness.”

I bristled at His answer, and our conversations went like this: “That’s all You have to say when Matthew is suffering? You care for “the least of these”?! Here we are–a special needs boy and his heartbroken mama! If You’re planning to show up, now might be a good time!”

Patiently, He’d point me back to scripture and, in my heartache, I learned to trust the heart of Jesus rather than my own understanding.

By the summer of 2012, Matthew’s needs had increased to the point that we both stayed inside constantly. To pass the long, hot afternoons, I would often sing hymns for Matthew. As I sang, I would sink my roots deeply into the truth of the lyrics. He would climb into my lap, listening intently, or doing his best to sing along. As I sang, I prayed. I prayed for his release from his special needs, yet I knew, with a silent ache, that his release would likely be in Heaven.

Matthew’s seizure activity gradually increased to continual seizures. Had I not cultivated life-giving dependence on God during the early days of our journey, I would have certainly collapsed under the weight of what proved to be the final leg of Matthew’s journey.

I stood beside Matthew’s hospital bed staring down at him, lying motionless under heavy sedation. In my heart, I knew this day would come, but I never expected it to be this day. Matthew had always been in God’s hands; the same was true now.
This Jesus, Who had become my strength and song, would prove Himself faithful once again.

As the neurologist explained their last-ditch effort of a medically induced coma, I stood in stunned silence. The team transferred Matthew to the PICU where the procedure began. A friend stayed with me as I sat, numbly staring.

In the dimly lit waiting room, we pulled our chairs together and cried out to the God of Heaven. Our tears flowed; my sisters held me as I prayed with heaving sobs. As they held me I heard myself repeating, “No God, not my Baby! Please no, not my Baby!”

Following that prayer time, an image dropped into my mind. Jesus stood with His hand outstretched over an expanse of churning, black water. He wordlessly beckoned me to follow. I knew what He meant. He wanted my absolute trust as He took Matthew home.
His silent promise: “…when you pass through the waters I will be with you…”

Heart-sick and physically ill from the grim reality ahead, I took up my post, a green vinyl recliner in the corner of Matthew’s unit. I settled into my PICU routine, each day more nauseating than the last. After about a week, Matthew’s eyelids began to flutter, his hands began to move. As he slowly came out of the coma, his seizures returned, but they were coming ten per hour rather than continuously. As we transitioned Matthew home on hospice in early December, he made remarkable gains. Within a few days, he was sitting up in his wheelchair, eating and attempting a few wobbly steps. He gave hugs and was fond of giving them to Luke and me.

Within ten days at home, Matthew’s progress amazed the nurses, making hospice seem absurd. We arranged for him to return to school a few hours per day. I was even able to take him to his school’s Christmas party, allow him to walk in his gait trainer, and ride his adaptive bike. Truly amazing!

As the new year dawned, Matthew’s regression was striking. He could no longer stand even with assistance; he seemed to be in pain. Matthew had made his stellar comeback, now his body was winding down; he was dying. My head pounded, my stomach clenched into a knot, but with a quiet resolve to follow Jesus into that “churning black water.” I extended my trembling hand to His and stepped into the icy black waves.
By 10 that evening, Matthew’s passing was upon us.

I gathered Mark and Luke, and we settled down on Matthew’s bed prepared to stay with him until he passed into eternity. How could we miss such an awful, yet beautifully holy moment as Matthew’s passing? So, there we were, holding his hands and walking with Matthew as far as we could toward Heaven’s gate. Our tears flowed; I sang the same hymns I had always sung for him, as his frail body slowly faded. He opened his eyes halfway, his clouded gaze rested momentarily on Luke and me. He closed his eyes, and in a few moments, passed into eternity.
His battle was over!
He was finally healed, whole and free–the seizures had stopped!
The countless prayers I prayed for his healing were finally answered.
I blessed the Lord for Matthew’s release, yet was crushed by the loss–I would never be the same again. Yet, I knew, this same Jesus, who had carried me through countless desperate days, would carry me through this profound loss.

The days that followed Matthew’s passing were raw pain. Standing in the funeral parlor looking down at your son’s lifeless body is not an experience for the anemic of soul. Matthew’s life had been a struggle from his first breath to his last. I could only feel relief and joy for him. Matthew’s special needs were costly for me–exhaustion, helplessly watching as he suffered and the final tearing asunder of my very soul as he died.

Following Matthew’s funeral, a thick, swirling fog descended upon my soul. Despite the emotions that pulled me toward the fog, I crouched low on the solid rock of truth; for there I was safe.

One day I felt warmth, rather than pain, noting a change in the thick fog. It had become a gray-whiteness and was pierced with silvery rays of light. To my amazement, the fog was lifting. Beyond the grayness that swirled away in the silvery light, there was a blue expanse, emerald fields ablaze with blooms and a shining golden orb. The warmth and beauty amzaed, yet confused me. My soul had lived so long in winter; springtime had become a wispy dream. I silently vowed to honor Matthew’s life with a profusion of flowers, and so remind myself that out of death bursts new and glorious life.

On Matthew’s birthday, I planted crocus bulbs in his honor—the very ones blooming at my doorstep. They raise their golden trumpets and announce to this brutal world that, just as spring has burst forth from winter’s icy grasp, so Matthew is more alive and free than his best day on earth.
Our joyful reunion is just as sure as the return of spring.