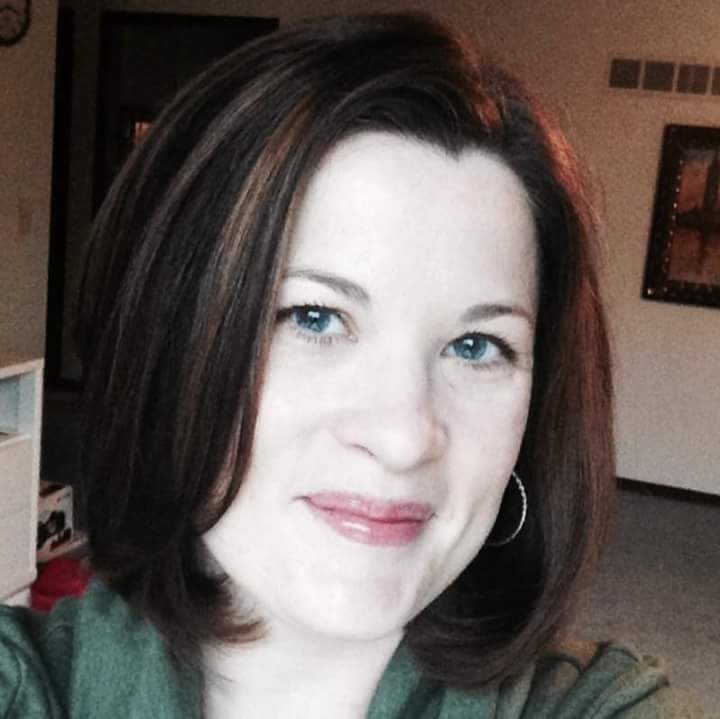 I grew up in a home where we didn’t talk about church. Ever. When I was about eleven we started going to church. Every Sunday, unless someone was deathly ill. It was an odd experience for me. All of my aunts, uncles, cousins and grandparents were all very involved in their churches and very vocal about Jesus. Very joyful.

My house was completely opposite. In my teen years, we stopped going to church, and I began looking to boys, drugs, and alcohol to fill the void in my heart. No matter how hard I tried, nothing worked. The holes remained.   When I was sixteen, a good friend invited me to her youth group event. I went and was shaken to the core! I wanted what they were offering, but I was (am!) a fairly shy person, and it took every ounce of courage I could muster to walk in front of 300 other teenagers and ask for prayer.

It was an impactful night, but without someone to mentor me, I eventually fell back into my old ways. At seventeen, I met David, who is four years older than me. He was loud and eccentric; he loved me like I’d never known before. We began dating, and six months later he asked me to marry him.

Soon after, we were invited to an Alpha course by his aunt and uncle. It was a great beginner’s guide to Christianity, a safe place to ask questions and not feel ignorant for not knowing many of the Bible basics. A year later we were co-leading an Alpha group with a couple who had become great friends. At the same time, we had also decided to postpone our wedding date while we focused on building a foundation with the Lord. In the meantime, I struggled with letting David into my heart, pushing him away or breaking off the relationship at any opportunity. When things got tough, I wanted to run! In spite of that, we married in May 2003.

Two years after David and I married, there was still no baby, only the longing for one. When I sought medical help, I learned that I would need IVF treatments in order to have children. Devastated, I wondered how God could have designed me so incompletely.

In 2006, an opportunity to go on a mission trip to Estonia fell into my lap. I knew that I needed to go. It stretched me, took me far beyond my comfort zone! But that trip taught me that I could move beyond myself, love complete strangers, and truly experience the Holy Spirit. A short while after returning home, I became pregnant. During the pregnancy I was even healed from my food allergies, but the pregnancy was hard, harder than I’d witnessed when all of my friends were pregnant. Still, I remained happy and tried to savor every moment.
I had my miracle baby!

When my daughter was two, I developed debilitating migraines. The kind that left me in bed for days at a time. My little blessing, Kaitlyn, was an angel, fixing me a plate of strawberries or a raw hotdog for lunch or playing quietly in the next room. Somehow, even while left to her own devices, she never colored on walls or cut her own hair! About a year later, while still struggling with the migraines, a lesion was found on my brain. I was diagnosed with MS.

Shortly afterwards, I returned to Estonia, where I met a wonderful old woman who asked me for prayer. In a wheelchair, she was in the late stages of MS. It was my honor to pray for her. When I returned home from the trip and resumed doctor’s appointments, I learned the lesion was gone. The doctors said they could no longer say I had MS, but I still suffered from migraines.

A year ago, my husband, daughter, and I walked away from a severe accident. Our car was totaled; we’d spun around twice on the highway in rush hour traffic and hit the cement median. My daughter says she was praying the entire time. I feel like the Lord sent angels. It felt as if time slowed down and we were actually lifted up out of harm’s way! I looked at my husband and asked, “Why are we still alive? What does God have in store for us?”

Six months ago I was diagnosed with ovarian cancer. My blood tests and MRI confirmed it. I was broken. I was stunned with fear. I was afraid to plan a Christmas. Would my daughter remember me if I didn’t make it through this? Could I fight? A friend who could read me well knew I was holding back, keeping something from her. I hadn’t told anyone except my husband. When I did open up to her and my church family, I received prayer . . . and healing. Just yesterday I had a doctor’s appointment—and I am cancer free, without any chemo or drugs at all.

Recently the Lord has been healing me from my migraines. He has told me that when I begin getting a migraine I should ask Him for healing, and say “thank you” when He lifts it. I’ve been on this “hamster wheel” cycle for a few weeks now and each time I pray, I can literally feel the migraines being pulled away from me.

For a long time I’ve struggled with “finding my purpose.” I always thought a purpose had to be some grandiose life-changing role—to be a missionary, a pastor, or something of the like. But one day, while watching Kung Fu Panda 3 and crying my eyes out while the main character, Po, was struggling with his destiny, the Lord told me that I’m to love people. That’s my purpose. To Love People!

Want to study with us? Sign up for daily Journey Studies!
Want to read more stories like Karissa’s?