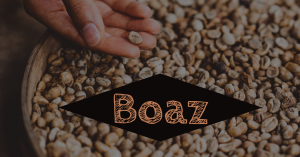 I’ve been faithful to Yahweh all my days.
When I was a boy my father, Salmon, took me to temple to hear the scrolls read.

I knew my father was faithful and Yahweh blessed him for it. His crops were always plentiful – enough to sell at market what we didn’t store for the family’s use.

I have admired the love of my father for my mother, and hers for him, and hoped to find that same kind of love. She would have to be a rare and special woman to accept a man with a mixed heritage. My parents met in Israel after my mother, Rahab, was spared from the destruction of Jericho. She left behind her prostitution in the rubble, but would always be a Gentile. My father’s compassion toward her has been an inspiration in my life.

As I grew into adulthood, I felt Yahweh had a special plan for me.
Something greater than farming.

Since He hadn’t yet revealed the whole plan to me, I followed in my father’s footsteps. I planted and harvested crops, which were abundantly fruitful. Soon, I hired workers and still the production increased. Before I knew it, my income had doubled, then tripled! I was thankful to Yahweh for blessing me, but I never let the money control me.

Instead, I chose to put people first.
I paid fair wages to my workers, allowing them to join the feast on the threshing floor. For the poor souls who had nothing to eat, I left a little more than most field-owners around the edges of the fields for them to glean.

But with all this success, I still had an ache in my heart.
I watched as all my friends married.
I rejoiced with them at their wedding feasts,
but inside my heart I questioned Yahweh.

When would I be blessed with a wife? Was I not faithful? Was I not obedient?
Then something told me: Maybe a wife was part of the special plan that Yahweh had for me.

I saw her as I returned from the marketplace one day.
The fields were full of workers, but she was different…pleasant.
She looked foreign, but that wasn’t what struck me.
She worked hard, but she had a calm, unflappable demeanor.
She was respectful to the hired workers and kind to fellow gleaners.
As I observed her interactions, my fascination grew.
Who was this beauty and what terrible circumstances had reduced her to gleaning a field to survive?

I asked my workers if they knew anything about her.
They said, “She is Ruth the Moabitess, and she stays with her mother-in-law, Naomi.”

Oh, my heart exploded with compassion!

I had heard of Naomi’s tragedies from the people in the marketplace. She had lost much, suffered so deeply, she even asked to be called “Mara” meaning bitter. Rumor had it her Gentile daughter-in-law had returned from Moab with her. This woman must know Yahweh, despite being outside the Jewish faith, to follow Naomi rather than staying with her own family in the wake of her husband’s death.
Again, compassion drew me back to the face of the worker in my field.

Special kindnesses were due here, so I instructed my hired workers to casually drop sheaves so Ruth could pick them up while she gleaned.
Even dirty and tired from the day’s work, Ruth still glowed.
Could I be falling for this woman half my age?

The workers harvested the barley, then the wheat.
Ruth was there each day, diligently gleaning for herself and her mother-in-law.
I was there each day to casually check on the work, but truth be told,
I couldn’t keep myself away from her.

After the threshing of the harvest and the feasting and drinking, I woke up – cold – to discover a beautiful woman lying at my feet. Startled, I asked, “Who are you?!”
She quickly awoke, trembling, yet with graceful boldness said, “I am Ruth, your servant. Take me under your wing, for you are a family redeemer.”

I knew she was right, the Law of Moses said I could indeed redeem her.
I could marry Ruth and give her a child, ensuring she and Naomi would be cared for in generations to come.

Now, joy filled my heart! I blessed her for her kindness, because she was a beauty who could have any man, especially one much younger than myself! Ah, but there was also a catch…another family redeemer who was first in line. This man would need to be found, and soon.

Before the daybreak while it was still dark, I sent her home to Naomi with more grain to prove my willingness to redeem her. I immediately went into town to find the man who was positioned as Ruth’s closest family redeemer. Foolishly, he said he would not redeem Ruth…something about the inheritance to his children.
His foolishness, my joy!!

Ruth and I were married and soon had a son named Obed.
Yahweh had a greater plan for me, indeed!

Obed later had a son named Jesse.
Jesse had eight sons; the youngest was a scrappy sheep-herder named David.

The Lord Jesus Christ came from the lineage of David.
Boaz and Ruth were blessed to be in the bloodline of our Savior!

Never discount your “ordinary” circumstances; the Lord Himself may be using them in a mightier way than you could imagine!

Thanks for joining us today as we journeyed into Sketched IV Week One! Don’t miss out on the discussion below – we’d love to hear your thoughts!

Looking for other journeys from this theme?
Here’s a link to all past studies in Sketched IV!