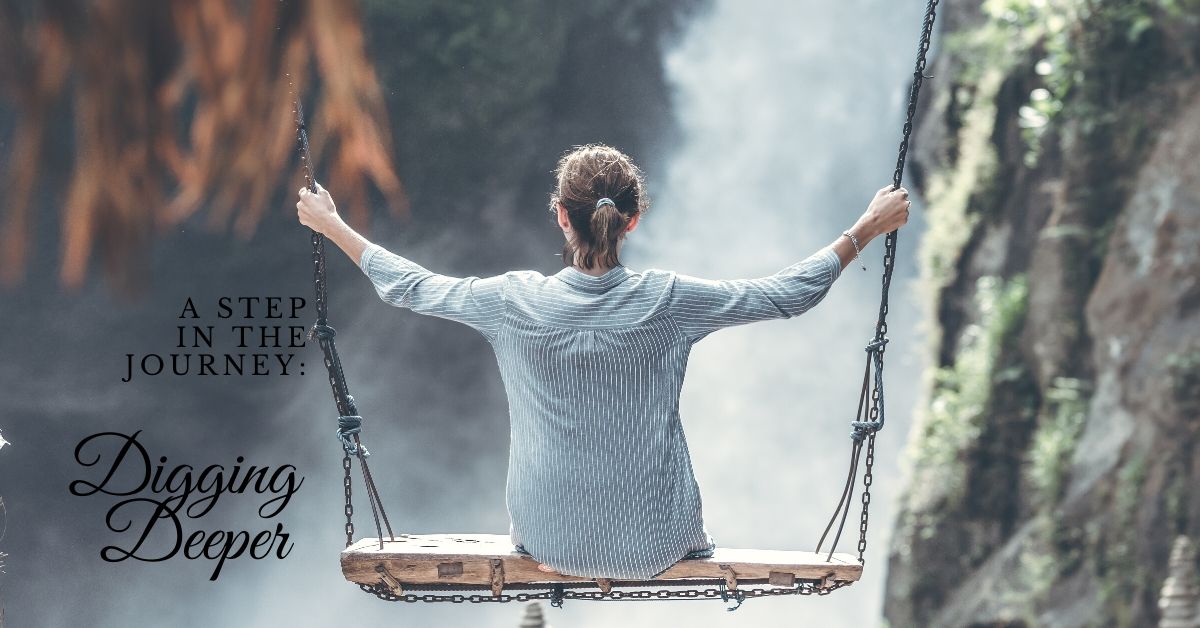 Today is 2-for-1 Friday!
Check out A Step In The Journey!

2) Who are the preachers and who are the senders? (verse 15)

3) Why are the feet emphasized as being beautiful? (verse 15)

1) Why is “calling on Him” important and who are “they” and “him”? (verse 14)
The “calling on Him” is clarified and explained in the verses prior to these in verses 5-12 and is brought to a succinct, clear conclusion in verse 13, “for everyone who calls on the name of the Lord will be saved.” Calling on Him, who is none other than the Lord Jesus Christ, God the Son, is the means of salvation for souls who are utterly and completely lost to eternal separation from the Author of Life because of their sinfulness. These lost ones are “they” who are the subject of these verses. They, the lost in their sin, cannot be saved by a Rescuing, Loving God unless they believe Him. They cannot believe Him unless they understand Him and know Him through hearing of Him. They cannot hear of Him unless they are told of Him. In the original context of Paul’s words, he was speaking specifically to a Jewish audience who felt they alone were the privileged recipients of God’s gracious salvation. (Romans 10:11-12) Paul spends much of his letter to the Romans with Scriptural evidence after evidence to convince the Jews that Christ, and His offer of salvation, was for all peoples, whether Jew or Gentile, male or female, slave or free. (Galatians 3:27-29) To the first hearers of Paul’s words they would have been Gentiles who had not yet heard that Jesus was for them, not just the Jews. Paul’s fervency in these verses urges his Jewish listeners to take ownership in this urgent matter of going and sharing with those who had not heard of salvation through Jesus.

2) Who are the preachers and who are the senders? (verse 15)
Preaching in this particular passage is tied closely to the idea of “providing clear understanding”. To the first audience, the Western image of a traditional pastor standing behind a pulpit would never have occurred to them. Rather, this was the idea of explaining Scripture so the hearer could clearly understand the truth of the message. This is perfectly exhibited through the apostle Philip in Acts 8:26-40. The Spirit of the Lord told Philip to go, and he quickly rose and was obedient to the Lord’s command. (Acts 8:26) As Philip was going he came across an Ethiopian eunuch in his chariot who “happened” to be reading a passage from the prophet Isaiah. Again, the Spirit of God prompted Philip to go to the chariot. Philip was again quick to obey and, on approaching the chariot, simply asked, “Do you understand what you are reading?”. (Acts 8:30) The eunuch replied with poignant bewilderment, “How can I unless someone guides me?” (verse 31) Philip went on to explain the entire hope of the gospel and salvation through faith in Jesus Christ and His finished work on the cross completed on behalf of all who believe. The man turned to Jesus through faith and immediately was baptized. This explaining of Scripture, as demonstrated by Philip, is exactly what Paul was referencing in Romans 10:14-15. In the example of Philip, the Lord Himself was the sender, it was up to Philip whether he would obediently go or choose to stay.

3) Why are the feet emphasized as being beautiful? (verse 15)
The passage quoted here, “how beautiful are the feet of those who bring good news” was originally written by the Old Testament prophet, Isaiah, as he spoke of a coming time when Israel would be released from exile in Babylon. (Isaiah 52:7) Israel was headed into a 70+ year stint of captivity under Babylonian rule because of their repeated rebellion against the Lord God to love Him above all others. Isaiah prophesied even before they went into captivity that One Day, the good news of their freedom would come. Nahum, another Old Testament prophet, also shared this prophesy saying, “Behold upon the mountains, the feet of him who brings good news, who publishes peace!” (Nahum 1:15) Paul used this specific quote with his Jewish audience because they knew it deeply; this was the anthem of their historic freedom! Paul wanted his fellow Jews to make the connection that just as they had once been in exile, longing and waiting for the prophesized good news of freedom, so were the Gentiles in eternal exile because of their sin. They were waiting for a Rescuer in the same way Israel had waited. Just as God had promised Israel’s physical freedom from Babylon, so had God chosen to grant eternal freedom to every lost soul who believed in the Name of Jesus Christ! As Israel in exile would one day celebrate the feet that quickly came to tell of freedom, so would those who were yet to hear and be rescued celebrate the freedom of hearing and trusting in Jesus as Savior! The Old Testament prophecy was being revived with added nuances and depth!

1) Why is “calling on Him” important and who are “they” and “him”? (verse 14)
It is critically important that we first understand we ourselves, every pair of eyes reading or ears hearing these words today are they. For some of us, we once were they, but are not so any longer. In Paul’s words in Ephesians, we were once excluded, but are now included. In the words of John Newton, “we once were lost, but now are found.” However, words like found, saved, and included do not describe all of us. There are many who are still they, meaning still utterly lost and separated from God because of sin. They only difference marker between the two groups is the Lord Jesus Christ. Only those who have come to understand their reality as they, who have heard and understood who Jesus is, and who have then called on His name for salvation have become the rescued. If you, like the first century Jews in Paul’s audience, know you are found, included, and rescued because of Jesus, then you too are meant to feel the fervent urgency of Paul’s words. Are you basking in your “found-ness” while turning a blind eye to all those who have not yet heard? All are meant to be told. Are you going to them? Are you sharing the gospel with them? Hitting closer to home, who are your own personal they? Maybe it’s the mom of your child’s friend, the neighbor down the street, the barista who makes your coffee, or the one who just started coming to church but says all the wrong things and rubs you the wrong way. How will they hear? How will they understand this hope you have unless they are told?

2) Who are the preachers and who are the senders? (verse 15)
Scripture makes it clear that we are not all called to be traditional pastors of churches, nor are we all called to be teachers, or preachers of His Word either. There are different gifts and different callings for each of God’s children. (Romans 12:5-7) However, every single believer is called to “go… and make disciples of all nations teaching them to obey everything I (Christ Jesus) have commanded you.” (Matthew 28:19-20) Our hearts, as Christ-followers, should break for the lost. We should sense Paul’s urgent fervency for them to know and understand the Scriptures so they might call on the name of the Lord Jesus and be saved for eternity! While we aren’t all called to explain all of Scripture, each of us can indeed explain how Jesus saved us, the difference He has made in our lives, and the power we have experienced by reading and studying His Word. Every believer can give testimony of this! Our only question to answer, is much like Philip’s, will we go? There is not a single believing Christian whom God has exempted from His great commission of “going…and making disciples”. Are you praying for where God wants you to go? Steady, daily fellowship with Him through prayer and Scripture reading will allow for a relationship to build up between you and the Lord so He can whisper to your heart just as He did to Philip to go!

3) Why are the feet emphasized as being beautiful? (verse 15)
It’s interesting to me that feet are celebrated both in this passage and in the Old Testament prophecies of Isaiah and Nahum. It wasn’t the speaking, or the eloquent choice of words, or the particulars of how the message of freedom was delivered that was celebrated, it was the swiftness of the feet that willingly brought the message of hope to the shackled. If you’ve been the recipient of hearing the truth of Scripture explained to you and lived out in front of you in a way you could understand so you could trust the Savior, what is you are most thankful for regarding that? It’s the willingness of the other person to share! People who come to church for the first time, are most often attending because a friend invited them. Later, as they re-tell their story, it’s the willingness of their friend to invite that is the highlight. It isn’t flowery language or exactly the right words, it’s simply a ready willingness to share. This is why feet are celebrated over lips! We often become fearful in sharing our faith. What if we say the wrong thing? What if we can’t answer their questions? What if we push them farther away? But suppose it isn’t about our words and our answers as much as it’s about our willingness to simply go and share, giving testimony of how Jesus Christ has made us new?! Who will celebrate your feet because you were willing to quickly GO?!

This is Sketched VII Week Two!
Don’t miss out on the discussion!
Sign up to receive every GT Journey Study!