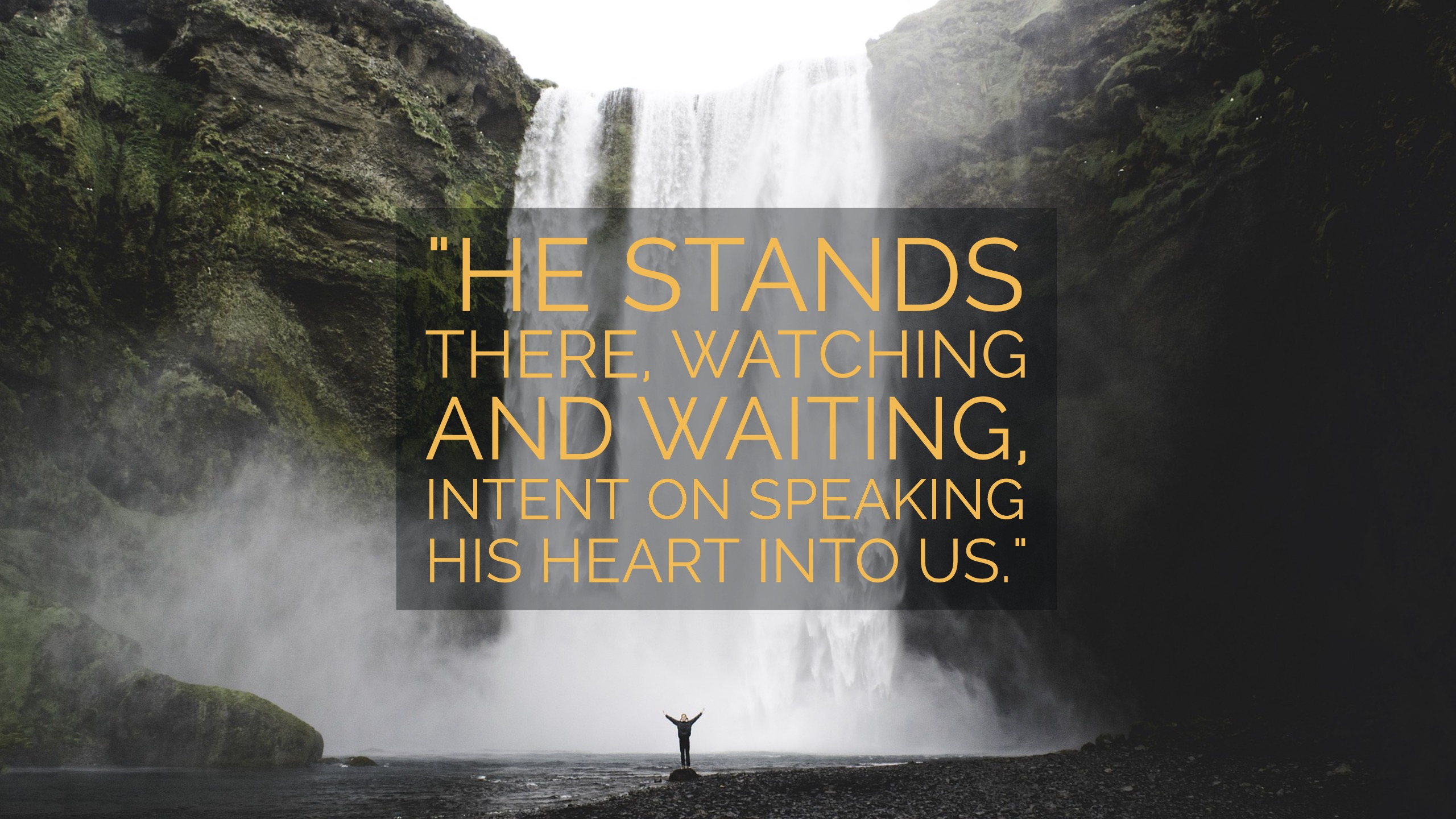 Fridays are 2-for-1! Check out the other Journey Post, Space To Listen!

13 Now when they had departed, behold, an angel of the Lord appeared to Joseph in a dream and said, “Rise, take the child and his mother, and flee to Egypt, and remain there until I tell you, for Herod is about to search for the child, to destroy him.” 14 And he rose and took the child and his mother by night and departed to Egypt 15 and remained there until the death of Herod. This was to fulfill what the Lord had spoken by the prophet, “Out of Egypt I called my son.”

16 Then Herod, when he saw that he had been tricked by the wise men, became furious, and he sent and killed all the male children in Bethlehem and in all that region who were two years old or under, according to the time that he had ascertained from the wise men. 17 Then was fulfilled what was spoken by the prophet Jeremiah:

18 “A voice was heard in Ramah,
weeping and loud lamentation,
Rachel weeping for her children;
she refused to be comforted, because they are no more.”

19 But when Herod died, behold, an angel of the Lord appeared in a dream to Joseph in Egypt, 20 saying, “Rise, take the child and his mother and go to the land of Israel, for those who sought the child’s life are dead.” 21 And he rose and took the child and his mother and went to the land of Israel. 22 But when he heard that Archelaus was reigning over Judea in place of his father Herod, he was afraid to go there, and being warned in a dream he withdrew to the district of Galilee. 23 And he went and lived in a city called Nazareth, so that what was spoken by the prophets might be fulfilled, that he would be called a Nazarene.

2) Who are Herod and Archelaus, and what is their significance?

4) What does this passage tell us about Jesus’s earthly father, Joseph?

1) Who are “they” in verse 13?
If we look back to the previous verses, we see that “they” refers to the Magi. The Magi had just visited Jesus and his parents and brought gifts. King Herod was counting on the Magi to lead him to Jesus, so he could kill Him and thus put down any threat to his reign, but the Magi were warned in a dream not to go back to Herod. This passage takes place just after the Magi left the holy family.

2) Who are Herod and Archelaus, and what is their significance?
There are a few Herods mentioned in the Bible, but these verses refer to the first, Herod the Great. He was the King of Israel, but he had been appointed by the Romans. After his death, his kingdom was split up and ruled by his sons. One of these sons was Archelaus. According to the historian Josephus, shortly after taking power, Archelaus ended up sending the entire army into the temple and murdering 3,000 people who were mourning and protesting the deaths of some of their teachers, who had been put to death at Herod the Great’s order. In short, these kings were cruel men, appointed by the Romans to rule God’s people. Yet, their cruelty is the cause of some of the prophecies about the Messiah being fulfilled in Jesus Christ.

3) What three prophecies are fulfilled in these verses? What do these fulfilled prophecies tell us about Jesus?
The first prophecy is that the Messiah would be called out of Egypt (verse 15). The second is that there would be mourning for Israelite children (verse 18), and the third is that the Messiah would be called a Nazarene (verse 23). It can’t be said of too many people that they were born in Bethlehem, called a Nazarene, and called out of Egypt, but Jesus fulfilled all of these prophecies. And it was because of his birth and the threat to a king’s reign that baby boys were murdered, fulfilling the second prophecy in these verses. All these fulfillments (plus many others in the gospels) lend credibility to Jesus’s claim to be the Messiah. God orchestrated the events that would allow one man to be moved around in his early life so that all these prophecies would be true.

4) What does this passage tell us about Jesus’s earthly father, Joseph?
Joseph’s faith and obedience are evident in these verses. When he was told in a dream to take his family to Egypt, he left immediately, by night. And later, after living in Egypt for some time, he was obedient to return to Israel, and to settle in Nazareth, where his family would be safe. Joseph had faith in God, and this led to him obediently marrying Mary, then moving his family from place to place until they could settle down in a place that was safe for them. He listened to God’s communications (which for him was in the form of angels speaking to him in his dreams), and faithfully obeyed the instructions he was given.

1) Who are “they” in verse 13?
The Magi left their country and traveled a difficult journey to worship the newborn King, because they believed Him to be worthy of such action. They had to seek help in finding Him. Those of us who have believed in Christ do not have to make a long journey to worship Jesus, nor do we need anyone to tell us where to find Him. But do I have the same determination to worship Jesus that the Magi did? Prioritize space for worshipping the King! And be available to point others towards Him!

2) Who are Herod and Archelaus, and what is the significance of their role in Messianic history?
Leaders sometimes make bad decisions and sometimes are cruel toward the people they rule. Yet God was working through the wickedness of Herod and Archelaus to bring about the fulfillment of prophecies that would help us recognize the Messiah and His validity. Although we definitely should oppose evil in the world and from our leaders, we should never forget that God is sovereign and He is working. There is reason for hope, and not for despair!

3) What three prophecies are fulfilled in these verses? What do they tell us about Jesus?
Despite these and other very specific prophecies about the Messiah being fulfilled in Jesus, many Jews rejected Him. It all comes down to faith, and a willingness to lay aside the pride of assumptions we have. What pride in your life is preventing you from recognizing Jesus as the sovereign savior and ruler of your life? What do you need to repent of that is keeping you from fellowship with Him?

4) What does this passage tell us about Jesus’s earthly father, Joseph?
Joseph is such a wonderful example to us! He likely endured significant scorn from his family and friends for marrying a woman who was already pregnant. He had to take his family to live in a foreign country to keep them safe. He obeyed immediately when he needed to flee. Joseph shows us loyalty to God and obedience to Him despite the cost. What is God specifically leading you to do? How can you follow Joseph’s example of loyal obedience?

Don’t miss today’s other Journey Study, Space To Listen!
Sign up to receive every Journey to your inbox!