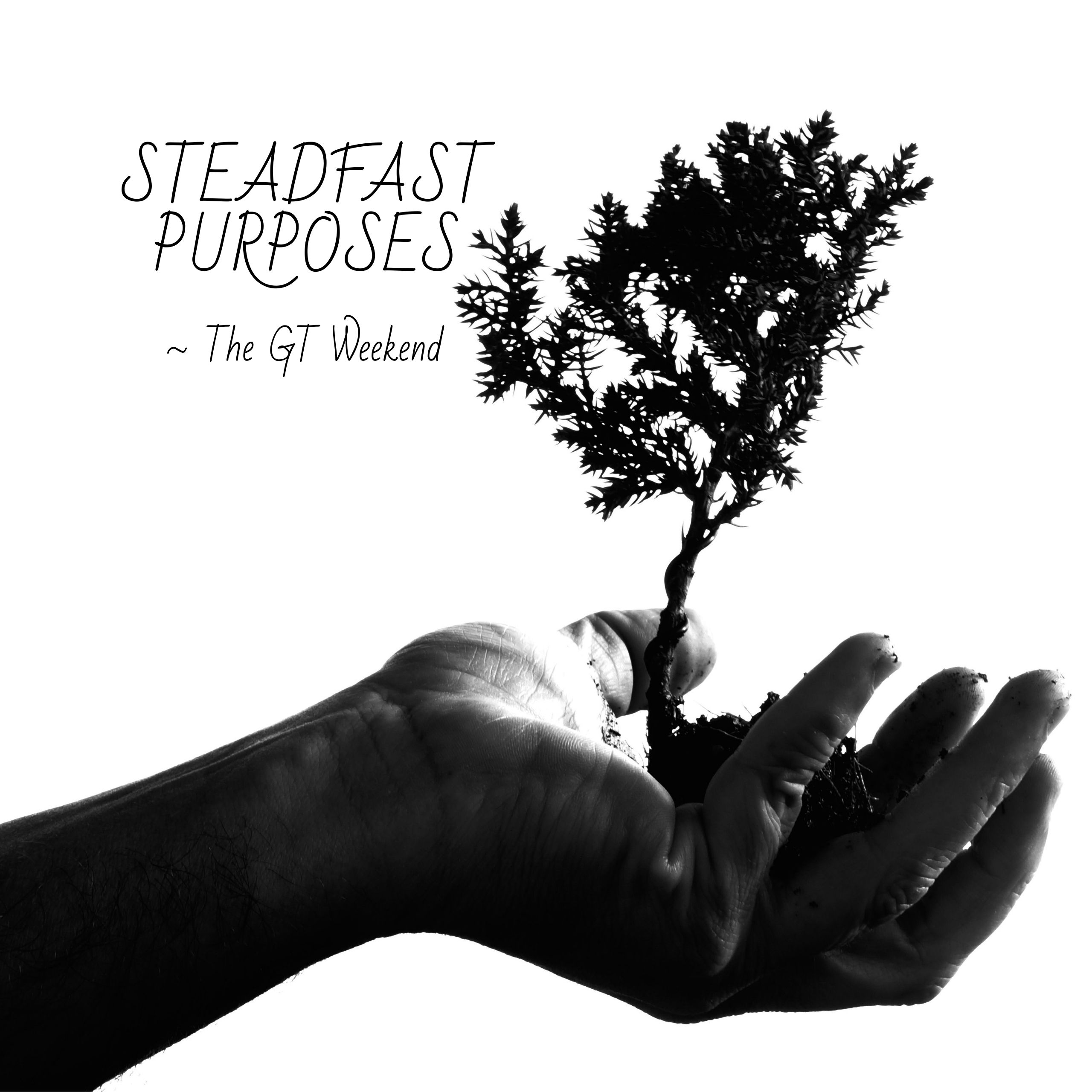 1) How often would we rather avenge our own justice and make someone else see the folly of their ways when viewed through the lens of our own perspective? Um, Yes, Me, all the time! The reality is that, as much as we would like it to, avenging ourselves neither honors the other person nor God, and not even ourselves! God is the only just judge, it is His alone to repay and bring justice. Whose names are popping into your head as those you’d like to see come to justice? Maybe it’s a relationship you’re currently in, or maybe it’s one from the past that has left you wounded. Take some much-needed time before the Lord today to bring those people to the throne of God, surrendering them in faith that God will act justly.

2) On the whole, Esther’s story is one of radical redemption. Full of mind-blowing plot twists to keep any reader on the edge of their seat. If it was your story on display, what would be the plot twists for onlookers to wonder what will happen? Where are those dark corners that silently scream for redemption, but have maybe turned into cobwebs of hopeless resignation? What would it take for you to choose to surrender the drama of your story to the hands of the One who died to bring you redemption, even in the darkest of corners?

3) Esther’s heroic faith and Mordecai’s humble, wise bravery were tools God used to set His people free from the death sentence of Haman’s plot to eradicate the Jews. The celebration of freedom has rung every year in an annual celebration since that age-old victory. The story of Esther mirrors the victory story for every believer as we were once sentenced to death by Sin, but set free to an endless, rich inheritance in Christ! One of the best ways we can celebrate our freedom is by telling our story. Pray boldly this weekend for God to bring you an opportunity for you to share your freedom story! Then, step up and celebrate!

Praying Scripture back to the One who wrote it in the first place is a great way to jump start our prayer-life! Pray this passage from Revelation 7:9-10 back to the Lord and
let His Spirit speak to you through it!

After this I looked, and behold, a great multitude that no one could number, from every nation, from all tribes and peoples and languages, standing before the throne and before the Lamb, clothed in white robes, with palm branches in their hands, 10 and crying out with a loud voice, “Salvation belongs to our God who sits on the throne, and to the Lamb!”

Prayer Journal
Truly, no mind can possibly comprehend the greatness You have prepared for that final glorious day when every saint, from every time, is finally gathered together as Your Bride to give You glory and praise! You will bind us together as One Beautiful Body, with Yourself as the Head, and oh how we will dance and celebrate in the Victory You purchased for us with Your precious blood! Oh Father, how the now matters to the then! Now is the time to declare Your victory to all. Now is the opportunity to be welcomed into freedom that will never end! May we be faithful stewards of this Hope You have entrusted to us, Lord. Spirit, may we give You freedom to speak and move in our lives to make You known! 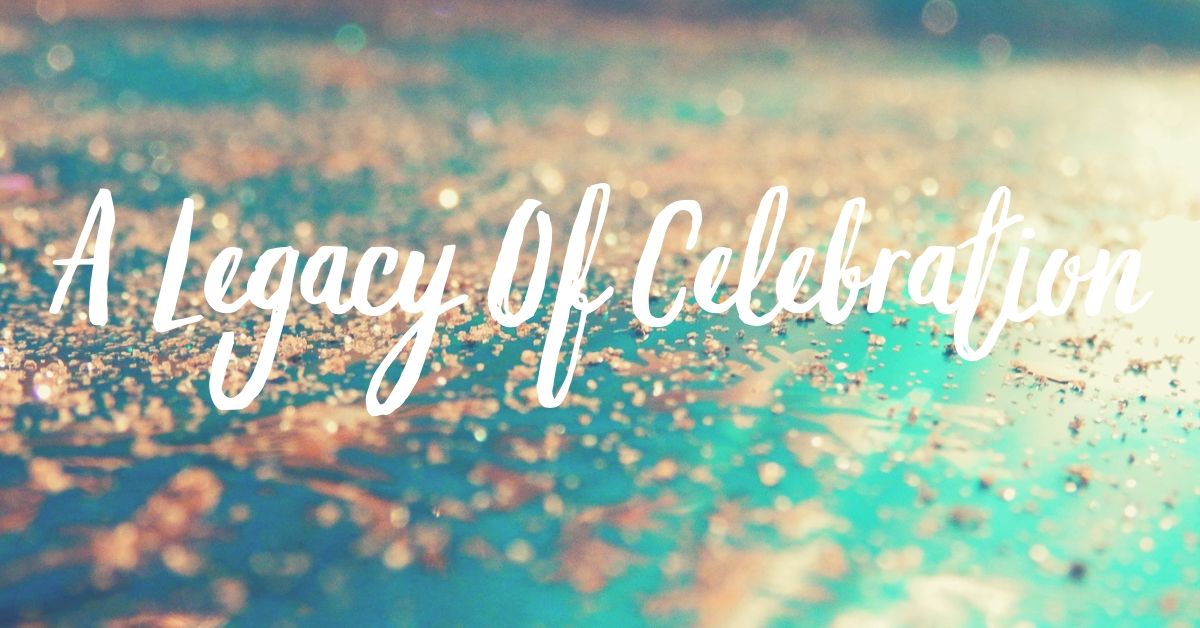 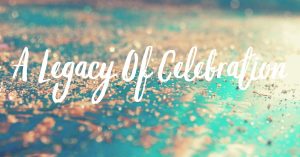 Mordecai went from the king’s presence clothed in royal purple and white, with a great gold crown and a purple robe of fine linen.  The city of Susa shouted and rejoiced, and the Jews celebrated with gladness, joy, and honor.  In every province and every city, wherever the king’s command and his law reached, joy and rejoicing took place among the Jews.  There was a celebration and a holiday. Esther 8:15-16

The Jews had much to celebrate!
Imagine receiving a death sentence from a power-hungry leader for no other reason except he didn’t like your people. Imagine the fear and despair you’d feel; hopeless and helpless to save yourself or those you love.  Then you receive word of a new law to counter the first one and the leader being punished; you and your people are free!

There was rejoicing and shouting and celebrating going on in Susa!
Thanks to the courage of Esther, as she followed Mordecai’s wisdom and was covered by prayer and fasting of the Jewish people, God rescued His chosen people.  I doubt there is anyone who would look unfavorably upon them or think their celebration was too extravagant. I doubt the Jewish people themselves were concerned with how they were perceived by others.  Their death was imminent, but they had been spared!

After the Jews were saved from destruction, the holiday, Purim, was established and is still celebrated by Jews today.  The holiday is a joyous one, preceded by a day of fasting as they remember how the Jews fasted and prayed for Esther as she approached the king. The story of Esther may be read as they remember from where they have come, and from where their Help came. They rest and feast and celebrate! The celebration was a decree and was established as an official holiday so future generations would not forget the great rescue. Esther 9:27-28

Sometimes we forget how we, too, have been spared.
Ephesians 2 tells us that, as sinners, we are also dead, eternally separated from God because of our unrighteousness. We had no access to God and His holiness, and were destined to face eternity apart from Him.  But in His great mercy, God sent Jesus to rescue us so we can have a restored relationship with Him. We are made alive in Christ! Ephesians 2:1-9  That is reason to celebrate!

How can we celebrate?
One way is to share your story.

Every single Christ-follower has a story worthy of celebratory re-telling!
At one point we were all separated from God because of our sin.  Then, He, in His infinite grace, sent His only Son to take our sin upon Himself and put it to death on the cross.
Not only did He die for our sins, but He defied the enemy who thought he had won by rising from the grave, forever to live with our Father God in Heaven where He continues to fight for us.  Out of great love, He left His Holy Spirit to personally live inside each one who calls on His name. The Spirit guides into Truth and fills us with power to do the work He has called each of us to do.

He invited us into His story so we may draw others to Him as well.
As we share what He has done for us, others see His faithfulness and are drawn into a relationship with Him as well.

At the very moment we decide to follow Jesus with our whole being, our faith stories don’t end, but are only beginning! He continues the work in our hearts and lives through the Holy Spirit so we may encourage others and grow closer to Him as we journey through life.  He provides us encouragement while challenging us to lean on Him during trial so we can encourage others in their growth. I know it encourages me in difficult times to hear how God is moving in the lives of others, especially if I’m walking a path similar to another’s. As we continue to share our stories, God is glorified and we can celebrate together who He is and all He has done for us.

I’ve been convicted recently about how little I share my story of faith and growth.
Also, how infrequently I ask others about their journey.
Perhaps it’s fear of rejection or being thought too “religious”, or maybe I just don’t pay enough attention to those around me to be sensitive to what God is doing.

What if we spent some time in the mornings inviting God into our days,
thanking Him for the work He has done in our own hearts,
and asking Him to specifically show us someone who needs to hear the hope of the Gospel? What if we were intentionally open to readily sharing how God has proven Himself real in our own lives?
It may feel risky, but we have much to share with great reason to celebrate our Rescuer!
The God who created the universe invites each of us into a relationship with Him!

Who needs to hear about the hope that lives within you?
Who might God want you to share your story with so they can know Him?
Who in your life needs to be encouraged that God is still good and still at work?
Whose life will be forever changed because you chose to share?
Do your children know your own faith story so they are able to continue your legacy of faith to future generations?

The next time you hear about Esther and her reason to celebrate with her people, remember you have even more reason to declare the goodness of God!
Celebrate out loud for the world to hear!

A P.S. from Gracefully Truthful….
Maybe, you’ve never told your story to anyone before; today is a great day to start!
We want to make it easy for you to get started and we would be honored to help you share boldly through the Faces of Grace platform.
Check out the “Get Started” tips, then send in your story and begin celebrating out loud what God has done!

Thanks for joining us today as we journeyed into Esther Week Three! Don’t miss out on the discussion below – we’d love to hear your thoughts!
Click the above image for today’s Digging Deeper!