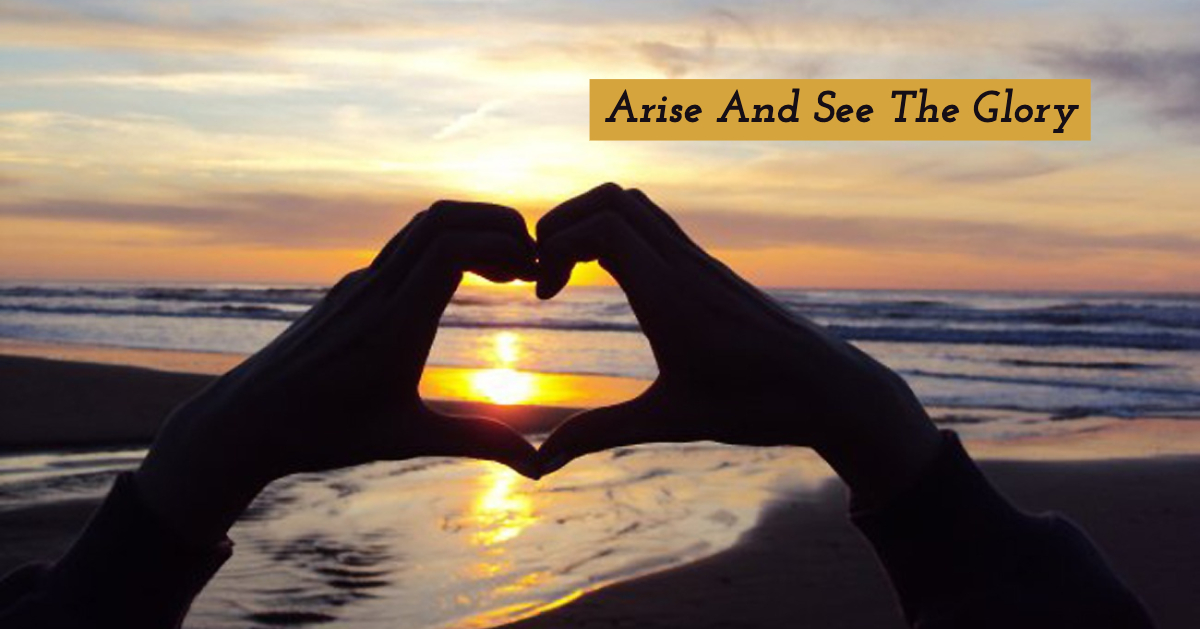 Stop and ponder this sentence.
Villages were deserted.
Until
A mother arose.

Now I am guessing you haven’t found yourself walking through a literal ghost town in the last 24 hours, but have you walked through a lifeless void? Have you found yourself in a space where fullness of life would have required a literal resurrection of hope, faith, joy, peace, etc.?

The story of Deborah and Barak is found nestled in the book of Judges, which chronicles over 250 years of Israel’s history where no king ruled on the throne and the leadership largely came through judges. It was an era in which fullness of life failed to flourish due to years of oppression allowed by the Lord. It was only when the Israelites followed the leading of the judges, whom the Lord had appointed, they were able to experience the Lord’s compassion.

Until that obedience kicked in, the Israelites found themselves living in a veritable wasteland. In the time of Deborah, they had been experiencing oppression from King Jabin for 20 years. Proof positive that I am not the only person to be a little slow on the uptake as to the value of obeying and obeying the first time! Twenty Years!

In Judges 4, the scene opens with a description of Israel’s current context and then introduces Deborah by providing a brief resume: ruthless oppressor with 900 iron chariots on one side and a woman prophet sitting under a tree on the other. Only one of them had the backing of the Lord, and it is to this setting Barak arrives.

Deborah summons Barak and tells him the Lord is commanding him to gather warriors from two tribes of Judah for battle and the Lord will deliver King Jabin’s army and the victorious routing to Barak. Barak’s response was not a complete no, but it also lacked full, confident obedience. He said he would go, but only if Deborah accompanied him.

In Exodus, Moses says something similar to the Lord. On behalf of Israel, Moses state they would not go anywhere unless the Lord went with them.
How are these two scenarios different?
As I ponder on what it might be like to be in Barak’s shoes, I find myself echoing his thoughts in unexpected places in my own life.
I’ll obey that nudge from the Lord, if someone else has a similar nudge.
I’ll step out in faith and believe it was the Lord, if I get quick confirmation it was Him.
I’ll obey, if I can remove as much risk as possible.

However, faith does not preclude risk. In fact, sometimes faith and risk are synonymous, for it is in the risk that we make room for the glory of the Lord to shine for all to see (even if heaven ends up being the only observers).
When we risk for the Lord and see His faithfulness over time,
we will forever be changed.

Just as Moses shone after encountering the Lord on Mt. Sinai, our encounters with the Lord and seeing His glory displayed, changes our countenances too.
It’s the best beauty treatment there is. Collagen, move over!

Barak’s response did not finish the story. It did not tie the Lord’s hands or create a scenario in which Barak’s role suddenly ended. Instead, Deborah responded with a mother’s wisdom and a prophet’s insights by saying she would go, and the Lord would bring the victory through the hands of a woman.

All of which proved to be true. The army was defeated and its commander-in-chief met his demise after his encounter with Jael, a woman who used the ordinary elements of life to obey. Just like Deborah, Jael rose up and stepped out in faith for the glory of the Lord.

So today, regardless of your marital or parental status, how may you arise a wise mother in your sphere of influence? Is there a skill set or talent you can surrender to the Lord for His use? Are you feeling a nudge to obey in a particular aspect?

Darkness prevailed in Deborah’s day, but she chose to arise.
She listened for the voice of the Lord, and she followed through.

Never underestimate the impact of every day obedience.
They may very well be the crack through which the Lord shines His glory.

Thanks for joining us today as we journeyed into Relentless Week One! Don’t miss out on the discussion below – we’d love to hear your thoughts!