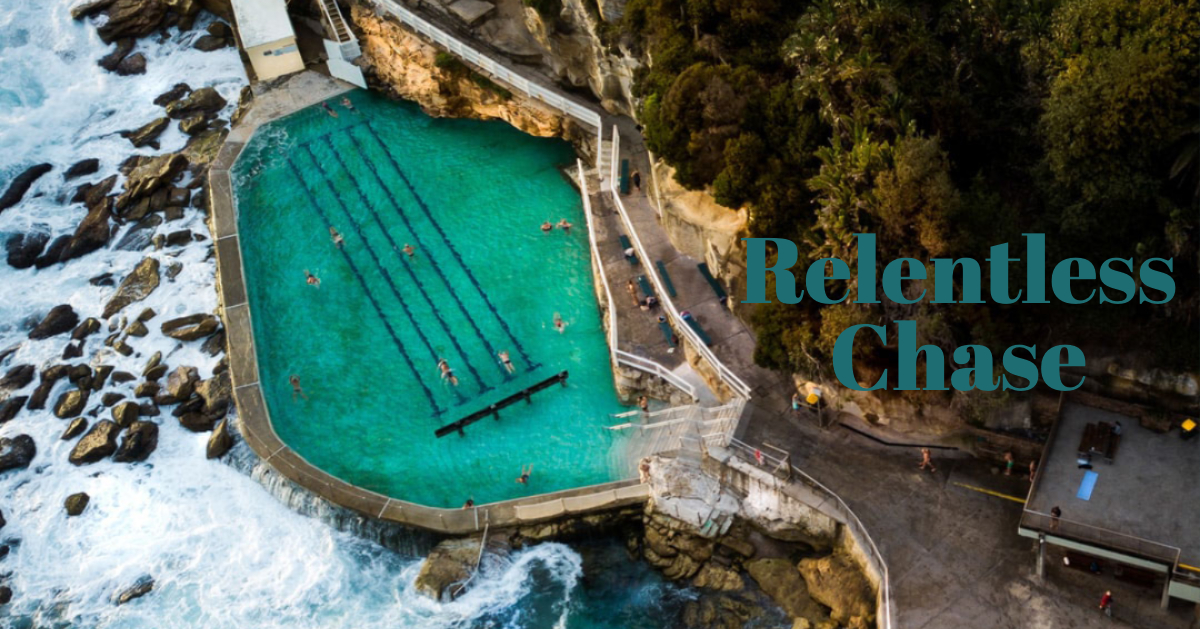 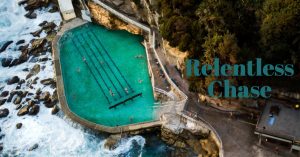 When I think of God’s relentless pursuit of His people there are so many stories that come to mind. The story of Samson wasn’t one of them until recently.

About a year ago in Bible study, we were talking about Samson’s story. We noted how his life was unique in the sense that he was so very clearly called by God yet he chose to live in ways that were directly opposing to that call. We even said wow, we never want to be like Samson! But by the end of the conversation someone said, “aren’t we all like Samson?”. Truthfully, none of us could say no.

We blatantly disobey God’s word.
We make His call on our lives about us.
We flirt with the enemy.
We allow the enemy to capture and blind us.

Every single person has acted, will act, or does act just like Samson.
The good part about Samson’s story, and ours, is how God’s love brilliantly colors the mess of lives.

From the womb, God’s love was on full display in Samson’s life.
“Then the woman came and told her husband, “A man of God came to me, and his appearance was like the appearance of the angel of God, very awesome. I did not ask him where he was from, and he did not tell me his name, but he said to me, ‘Behold, you shall conceive and bear a son. So then drink no wine or strong drink, and eat nothing unclean, for the child shall be a Nazirite to God from the womb to the day of his death.'” Then Manoah prayed to the Lord and said, “O Lord, please let the man of God whom you sent come again to us and teach us what we are to do with the child who will be born.”

In Judges 13:6-8, God had set Samson apart before he was even in his mother’s womb.
Likewise, in Jeremiah 1:5 (ESV) it says, “Before I formed you in the womb I knew you, before you were born I set you apart; I appointed you as a prophet to the nations.”

God also sent His power upon Samson, even in the midst of his disobedience regarding God’s laws. (Judges 14:19, Judges 15:14)

Samson disobedience and disrespect for God permeated his life….
He touched a corpse, slept with a prostitute, pursued a woman that wasn’t a Nazarite, and told her the secret source of his strength.
Samson’s sins were many, but his biggest mistakes that eventually lead to his downfall, were in his heart.

Samson took for granted his gift of strength while also taking his life into his own hands; he felt his own ways and wisdom were better than God’s.
He knew what God said,
he knew God had an intentioned, set apart purpose for his life,
but he wanted creative control on how those plans came about.
He dethroned God and enthroned himself.

Here’s the reality, we all do that.
We ask God to follow us, instead of us following Him.
We invert the gospel, asking God bless our plans, desires, and will.
In reality, the gospel is us our full surrender to the Lordship of God.

What would it take for us to realize our lives are not our own and the
best and safest place to be is under the lordship of the triune God?
For Samson, it took the destruction of his life….
He was captured by the enemy, beaten, and abused. Samson hit rock bottom before he finally looked up and surrendered total control, giving God lordship over his life.

For the first time in his life, Samson asks God to fill him with the strength God gave to him so long ago, after it had been taken from him. (Judges 16:28)
He finally recognized it was not his strength but God’s strength through him.

Samson’s humble surrender, opened the door for God to do what He always does.
He showed off His character of tender love and grace.
He is faithful and just to forgive our sins,
no matter how bad they may seem.
(1 John 1:9)

Samson’s life reminds me so much of my own.
No matter how far I take my life into my own hands, He is faithful to work on my behalf, faithfully continuing to relentlessly chase my heart.
He shows up even when I’m trying to act out of my own strength,
but at the end of the day His heart is for me to turn and make the humble ask for Him to work through me.

His heart for people is that we would dethroned ourselves and enthrone Him in every aspect of our everyday lives. Our call is total surrender to His lordship as we trust His plans, desires, and will for our lives over our own.

Stop chasing yourself, Sister, and let His chase catch you!

Thanks for joining us today as we journeyed into Relentless Week Three! Don’t miss out on the discussion below – we’d love to hear your thoughts! 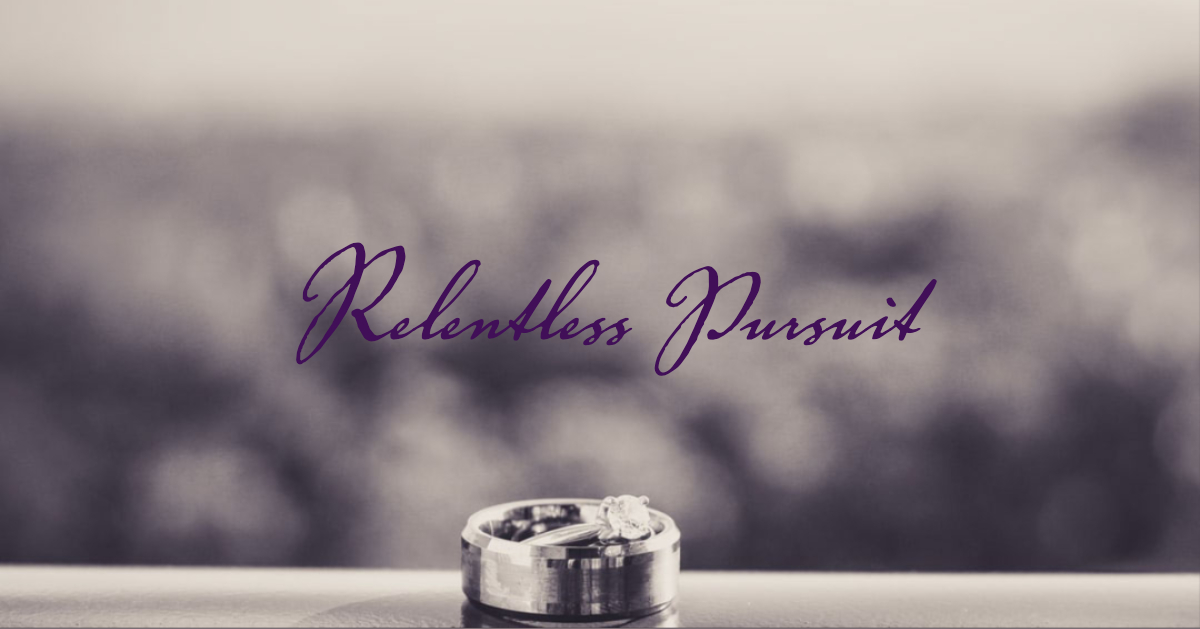 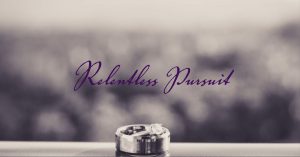 If there is a book in the Bible that is just…strange.
It’s Judges.
One incredibly unique, mind-blowing ‘wow-that’s-weird’ story after another.
I mean, it’s opening verses tell of a king whose big toes and thumbs were cut off!

Judges tells the stories that would hit the tabloids with bold headlines and draw a crowd:
“Overweight king dies by a hand dagger!
Where’s the dagger? Enveloped by the king’s fatty abdomen!” (Judges 3:19-23)

“Random man walking out of his village, turns over his hometown to the enemy’s sword,
but is spared himself!” (Judges 1:22-26)

“Unknown man from weakest tribe seen tearing down Baal’s altars in the middle of the night! (Judges 6:27-29)

Tabloid headlines, read in our own culture as we walk through the checkout lines or scroll the internet, seem ridiculous and outlandish. We easily write them off as being scandalous, fake news with no other purpose than garnishing interest and inflaming readers.
The difference with Judges is that it had a very distinct purpose and there was nothing “fake news-like” about it. None of its stories, outlandish as they may seem, carried even a hint of falsehood.

As we read this Old Testament book of the Bible and study together in this Journey Theme,
we need to keep two things in mind:
1) God’s purposeful theme in Judges is to demonstrate His relentless love for His people
2) Every part of God’s Word is sacred and holy; it has been recorded and preserved for the intention of telling us more about Himself.

Yes, the stories feel weird.
Yes, they make us wrestle with our view of God.
Yes, they feel too shocking to be true.
But here’s the other great big, fat yes…..

These stories reflect the heart of a God, who has already and still does,
enter into our disastrous mess,
time after time after time,
for the purpose of relentlessly loving us.

His brilliant love is pursuing each of us personally and individually just as relentlessly as He pursued the ancient Jewish people thousands and thousands of years ago.

We read Judges and we see disaster. We see human sinfulness abounding. We see idiots making the same stupid choices over and over. If we look closely enough, we see us.

What I absolutely love about the Word of God is that it never hides the ugly parts.
Scroll social media and “ugly” is pretty hard to find….
Struggling or broken marriages don’t make the Facebook newsfeed.
That ugly cry she had when a trigger phrase reminded her of the aching wounds inflicted by her father didn’t light up Instagram.
The grip of fear she felt as she watched the bank account continuously dwindle wasn’t shouted out on Twitter.
Ugly messes don’t take center stage in our Pinterest culture.

But God’s Word highlights humanity’s brokenness over and over
in different contexts,
different stories,
and dramatic depictions
because WE ARE BROKEN PEOPLE.

If we do not understand how broken we are, we will never see our need for a Savior beyond ourselves. This is an exceptionally dangerous mindset to hold.

Because hear this, my sister across the screen, I, Rebecca Adams, am irreparably broken.
I’ve lied, I’ve taken the Lord’s name in vain, I’ve lusted in my heart (which Jesus said is the same as adultery), I’ve coveted another’s possessions, her beauty, and her popularity. I’ve been angry in my heart, which Jesus says is the same as murder; I have fallen short of the perfect glory of God.
And I am much too broken to fix myself. Perfection like God’s is utterly impossible.

In the middle of this mess I keep making, God pursues me with relentless love.
His brilliant brushstrokes of love keep coloring my mess, invading my brokenness, and making me new.

This.
This is the story of Judges.
Our brokenness. His Pursuit.
Relentless

Thanks for joining us today as we journeyed into Relentless Week One! Don’t miss out on the discussion below – we’d love to hear your thoughts!