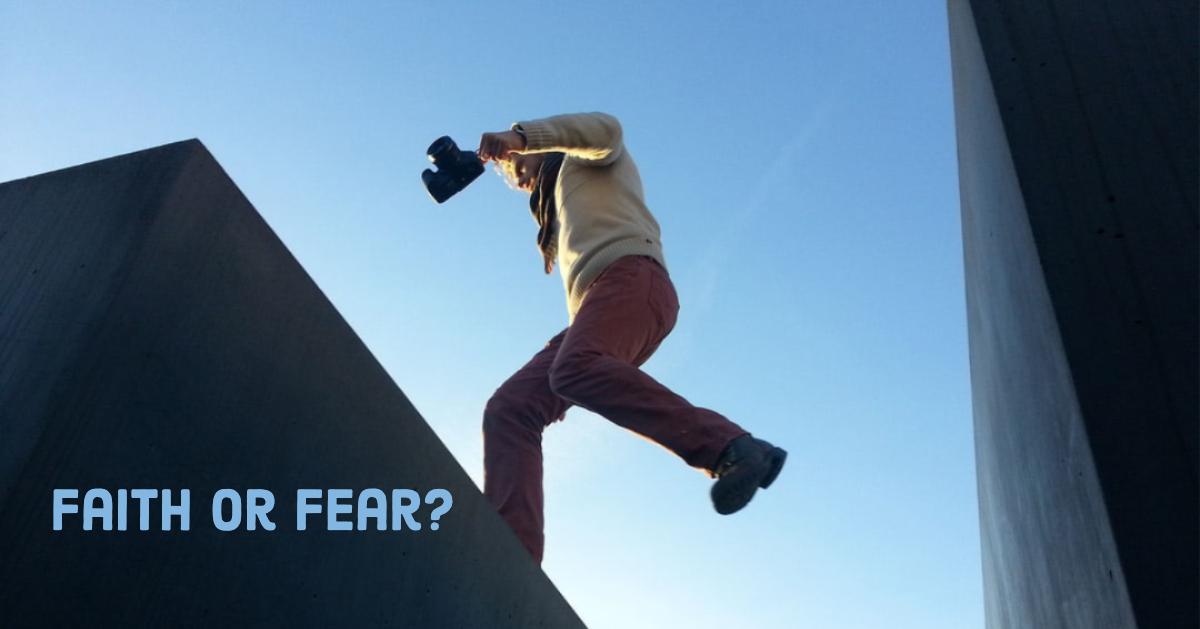 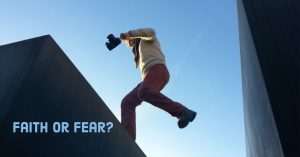 “Thanks for coming for the interview yesterday. We’d like to offer you the job.”

As I stood with the phone to my ear, letting the words sink in, all I could think was there must be some mistake. Surely, they weren’t seriously offering me the job!

Doubts and insecurities flooded my mind. As much as I wanted this job as a school’s worker with a Christian charity, I didn’t feel capable. I was too inexperienced, too lacking in confidence, definitely not good enough to even consider this. Although I wanted the job, the chances of being selected had seemed so small, I’d really only gone to the interview for the experience.

Plus, I’d been dealing with some difficult things lately. There was no way I felt strong enough to take this on right now. All too conscious of my weakness, I was sure they could have found someone better.

I imagine Gideon’s feelings may have been similar when the angel of the Lord appeared to him. Cowering at the bottom of a winepress, threshing wheat, hiding from the Midianites who had destroyed the Israelites’ crops and reduced them to starvation, he wasn’t exactly a picture of strength.

When the words, “valiant warrior” are uttered, I picture him looking round in bewilderment to see who the angel is addressing, not thinking for a moment that the greeting is intended for him.

What’s more, the angel announces that God is with him! Gideon has little confidence in either part of this greeting. He struggles to see beyond his fear and his weakness to consider himself a “valiant warrior,” while also finding the idea of God being with him difficult to believe. After all, the Israelites’ oppression at the hands of the Midianites has been going on for seven long years. By this point, Gideon is worn down and out of hope. He can’t help but blurt out his honest question:

Don’t we all ask similar questions at times?

Whether it’s a significant time of tragedy or loss, a situation where our hope and hard work give way to disappointment, or simply a day when the pressures and frustrations of life seem to mount up, it’s easy to question where God is and why He has allowed these things to happen.

Maybe, like Gideon, we have tried to hold on to God’s promises and the ways we have seen or heard of His power in the past, but, when we look at our current situation, we feel abandoned. The idea of God having a good plan for us can seem hard to believe.

It’s reassuring that God doesn’t rebuke Gideon for asking this question, but neither does He provide an explanation.

Judges 6:14 provides an intriguing twist: “the Lord turned to him.” As He calls Gideon to go forward in the strength he has and lead Israel to victory over the Midianites, it seems Gideon suddenly realises he is not merely talking to an angel, but God Himself.

God’s response to Gideon’s question is not to answer, but to draw close and reveal Himself. He shows Gideon He has not abandoned him, but that, even in the midst of the suffering and oppression, He is right there with him.

As God continues to speak, we see His relentless love both towards the Israelite nation and towards Gideon as an individual. By this point, the Israelites have been spiralling round in a self-destructive cycle of sin for several years. God has forgiven them time and time again, yet still they continue to turn away. It would have been understandable for Him to have rejected them, but instead He remains committed to the rescue.

The manner in which He chooses to effect that rescue is through Gideon, even in his weakness. Despite Gideon’s doubts and hesitation, his lack of confidence, and his fear, God’s commitment to His plan for Gideon is relentless. Gideon still doesn’t understand, and he continues to question his ability and seek reassurance, but despite this he is called to move forward and to step out in faith.

As I considered my unexpected job offer, I had a similar decision to make. When I looked at myself, I felt inadequate and ill-equipped, but then I remembered my many prayers that God would let the right person get the job, and in the end, I knew my reasons for hesitating were due to fear. Instead, I knew I had to step forward in faith, trusting that God had answered my prayer, that He would be with me and help me, and that His strength would be enough.

As I did so, I saw His relentless faithfulness in providing all I needed and leading me into a place where I could serve Him and flourish. As I look back, twelve years later, still happily involved in the same ministry, I’m grateful He enabled me to choose faith over fear and as God used me even in my weakness!

Thanks for joining us today as we journeyed into Relentless Week Two! Don’t miss out on the discussion below – we’d love to hear your thoughts!