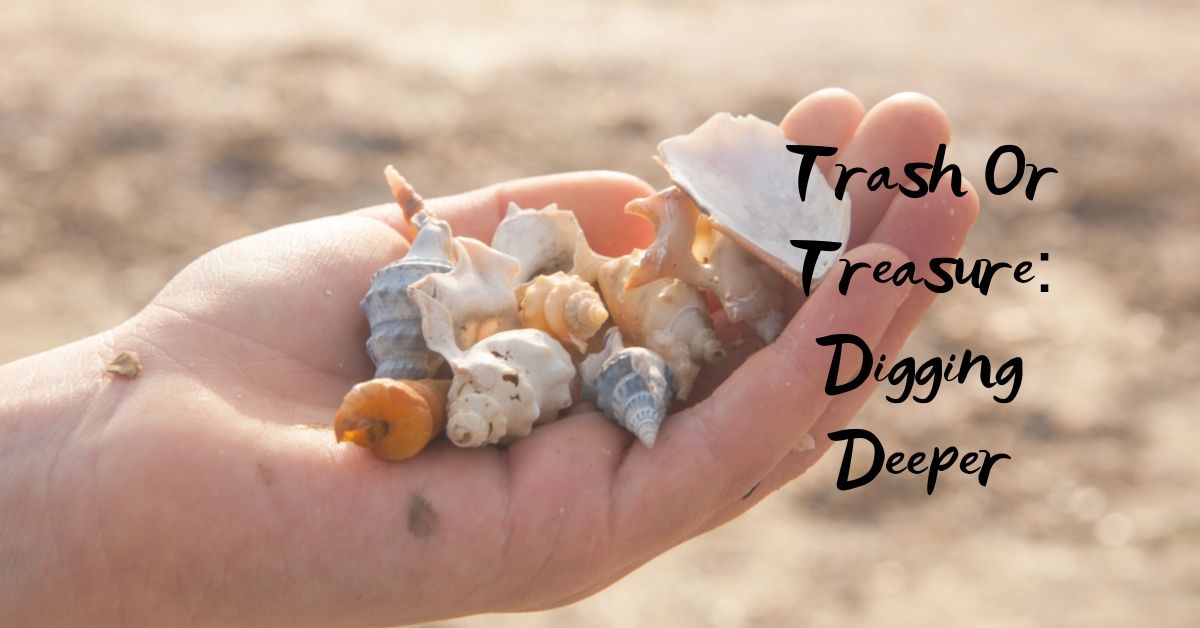 1) Much like Esther, Isaiah was raised up for a certain time and purpose. How do we know that?

2) What is being contrasted in verse 3 and how is it important to the message Isaiah was conveying to the people of God?

1 The Spirit of the Lord God is on me, because the Lord has anointed me to bring good news to the poor. He has sent me to heal the brokenhearted to proclaim liberty to the captive and freedom to the prisoners; 2 to proclaim the year of the Lord’s favor, and the day of our God’s vengeance; to comfort all who mourn, 3 to provide for those who mourn in Zion; to give them a crown of beauty instead of ashes, festive oil instead of mourning, and splendid clothes instead of despair. And they will be called righteous trees, planted by the Lord to glorify him.
4 They will rebuild the ancient ruins; they will restore the former devastations; they will renew the ruined cities, the devastations of many generations.

1) Much like Esther, Isaiah was raised up for a certain time and purpose. How do we know that?
Digging into a passage of Scripture by going deep into its context gives us perspective. As we study, we begin to recognize how a story or teaching fits within a book, which is contained within one of the two Testaments (or eras), which make up the Bible. We constantly zoom in and zoom out through its pages. As we do, we learn that a timeless Creator set up the universe and “time began.” (Genesis 1:1-5) Once sin entered the world through Adam (Romans 5:12), God began using a time frame He had ordained to rescue mankind. He has had a specific time and purpose for everything He’s done and for everyone He’s created. God used prophets to proclaim His story of redemption. (Jeremiah 1:4-5) Approximately 700 years before Christ appeared (Matthew 1:22-23), the prophet Isaiah declared that God had “anointed” him to bring the good news. The Hebrew (mashiach, meaning “messiah”) denotes “one chosen and equipped to fulfill the task assigned to them”. (preceptaustin.org) The prophets declared God’s active presence in the lives of the Jews, foretelling the news of THE Messiah to come. (2 Chronicles 24:19, Acts 3:19-26)

2) What is being contrasted in verse 3 and how is it important to the message Isaiah was conveying to the people of God?
For “those who mourn in Zion” (that is, Israel), three things are being contrasted to communicate that a bright future is coming for them. “The favorable year of the Lord” in verse 2 is likely a reference the reader would recognize. The year of Jubilee was the time of year that included a release from debts and a return of land to original owners.  Although they had experienced captivity and suffering, there had also been a history of God’s provision to the Jews. Isaiah reminds them that there will again be a great exchange: In the place of the ashes that the Jewish people would put on their foreheads during times of mourning, there would be a “crown of beauty,” demonstrating a festive occasion fit for “splendid clothing”. At this affair, they’d be cheerfully greeted with a “festive oil”. This glorious banquet filled with rejoicing, praise, and comfort, would take the place of the mourning and despair one would see at a funeral filled with hopelessness. (Allen Ross, bible.org) In the Old Testament, the story of God’s redemption was foretold by the prophets. In the New Testament, we clearly see it unfold in Christ Himself. (Luke 4:16-21) God promises to take our suffering and, in time, turn it into something victorious and beautiful. (Esther 9:1-3, Psalm 30:11-12)

3) Who are the captives, the prisoners, and the poor (verse 1), and how will they be renewed (verse 4)?
When Isaiah originally prophesied in 720 BC, there had been no exile yet. Through God’s revelation, he predicted what would eventually occur. The Old testament story of the Jewish nation reveals a God whose instruction was always for the good of His people. Years after Isaiah’s prophecy in chapter 61, the Jews who chose not to make the journey home are living in Susa, distant and disobedient from God’s spiritual calling. But because He is a covenant-keeping God, the Jews’ continual disobedience doesn’t thwart God’s plan. This good news of Isaiah, in its historical setting, told the story of release from the bondage of exile into a freedom to worship their God – a day of true jubilee! In the New Testament, the bondage spoken of is sin and death. No matter what the historical application might have been in Isaiah’s prophecy, we know that the ultimate and fullest meaning is that the Holy Spirit anointed Jesus to declare the good news that He was THE Redeemer for all the prisoners held in captivity to Sin and Death. (Luke 4:18) The captives, the prisoner, and the poor are ultimately represented in the New Testament by those who have no hope of freedom except to trust in the finished work of Christ. (Psalm 69:30-36, John 19:28-30)

1) Much like Esther, Isaiah was raised up for a certain time and purpose. How do we know that?
The Bible tells us the big story of God’s plan to bring about the redemption of man using His prophets to tell of Christ. (Hebrews 1:1-2) When Babylon fell to the Persians (recorded in the Old Testament), the Jews were released to return to Judah. However, not all of them returned. Centuries after Isaiah’s words to the Jews (Isaiah 44:28-45:3), we read in Esther about those who did not answer God’s call to return to Judah. With no mention of God in the entire book, the author of Esther records the story of a likely secularized Jewish people living among the pagans of Persia. Hundreds of years after King Saul disobediently spared the life of Agag (1 Samuel 15:3), God mercifully worked behind the scenes to rescue those Jews from Haman, the Agagite. He used an obscure Jewish woman named Esther to destroy one of Israel’s most ruthless enemies. (Esther 4:14, Esther 9:20-22) By the end of the Old Testament, God has a people who are poised to receive the one true Messiah, their Redeemer, the God-Man, Jesus Christ. Every day since the creation of time, God has kept every promise He made, fulfilling His purpose of redeeming us. (Micah 7:18-20, Malachi 4:1-2)

2) What is being contrasted in verse 3 and how is it important to the message Isaiah was conveying to the people of God?
Years ago, on the evening before Christmas Eve, our house caught on fire and much of it was destroyed. Thankfully we weren’t home, and as we rebuilt, God provided for every need through friends and family. In those months after the loss, we found ourselves saying more than once that we had gained so much more than we’d lost. The year following the fire, my sister handed me a small gift for Christmas. The look on her face told me it was going to be one I would remember. Now, twenty years later, on my wall hangs a small picture which displays these words typed in a script font, large enough that you can see from across the room: HE GIVES BEAUTY FOR ASHES. Under it are these words: “When sorrow seems to surround you, when suffering hangs heavy o’er your head, know that tomorrow brings wholeness and healing; God knows your need, just believe what He said.” Outlining that print is a border that repeats the chorus line: “He gives beauty for ashes, strength for fear, gladness for mourning, peace for despair” (music by Crystal Lewis), and the reference to Isaiah 61:3.
This life is met with struggle. But one day, the saints of God will exchange all our sorrow for His glory! (John 16:19-33, 1 Peter 5:6-11)

3) Who are the captives, the prisoners, and the poor (verse 1), and how will they be renewed (verse 4)?
If someone asked you personally about the story of the Old Testament, Isaiah and Esther would likely be characters you would highlight. God’s plan to redeem humanity after the Fall (Genesis 1-3) was prophesied to and demonstrated in the lives of His people, the Jews. Isaiah had seen the glory of Yahweh (Isaiah 6), and received the message of salvation. Years later, God worked subtly but surely through Mordecai and Esther in the rescue of the Jews living in the land of Susa. Generations after that rescue, John tells the gospel story from his perspective. In John 12, the Apostle explains how Jesus’ ministry fulfills the message we read in Isaiah 6:9–10, declaring “the prophet had actually seen the pre-incarnate Christ in His vision”. (Ligonier.org) Isaiah’s predictions are referenced in the New Testament more than any other prophet. This means his message of rescue and redemption is for us too – the ones grafted in to God’s rich inheritance along with the Jews. (Isaiah 42 & 49, Romans 11) The God of the Old Testament is the same One we see in the New Testament Who became flesh to pardon and free us. We were the prisoner, the captive, and the poor. His death has rescued us for all eternity! (Hebrews 2:14-17, Hebrews 8:7-12)

What do YOU think?! Share Here!
Missing the connection to our other Journey Study?
Catch up with Trash Or Treasure!

This is Esther Week One!
Don’t miss out on the discussion!
Sign up to receive every GT Journey Study!