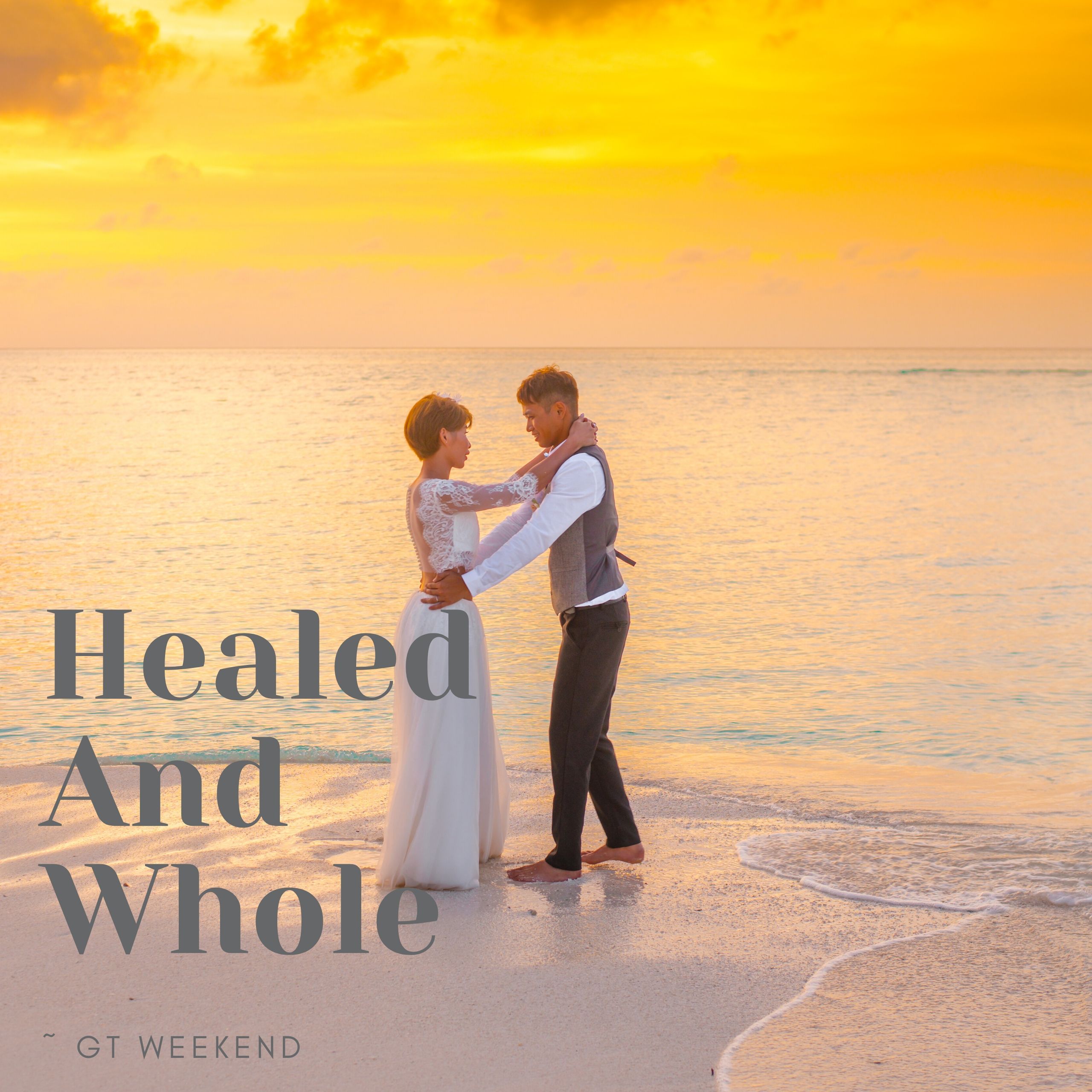 1) Waiting. Seasons of waiting can be some of the most challenging periods of life to walk through. When you are a child, it seems Christmas will never come. When you are single and long to be married, you may find yourself acutely aware of the happily paired couples around you. When you are childless and long to be a mother, the season of waiting can feel excruciating and isolating. Each new season of life brings its own “waiting” for something to change. The blind man waited years to be healed with no guarantee of healing, but Jesus brought the fullness of redemption in an unexpected way. What are you longing and praying for? Are you contentedly waiting for God’s timing in your season of waiting? In what area of your life have you waited on the Lord and seen His faithfulness? Write these down and journal your observations as you pause and pray! Waiting on the Lord transforms our heart attitudes; when we witness His faithfulness towards us, we can respond in worship and point others to His goodness. Who is one person you could share with this week of God’s faithfulness to you? Pray now for an opportunity to do this!

2) Tamar felt the sting of faithless men on all sides in her life. A step-brother who took everything from her, a father who failed to protect her or bring justice to her situation, and a brother who took vengeance into his own hands. No one truly made things right for Tamar. Doubtless, we’ve all experienced times when others, who should have protected, or loved, us failed. Praise the Lord that when men fail us, when we reach our rock-bottom, and our shame is more than we can bear, He is our Mighty Refuge! We know Yahweh’s faithfulness, unlike mankind’s, is everlasting. Reflect on God’s faithfulness to you in your past times of need, write these out as a short prayer of thanks to Him for His unending grace. Bravely verbalize the wounds of your heart where others haven’t loved you well either out loud or on paper. Then spend some time in prayer, turning these over to the Lord, asking for healing, and reminding yourself of God’s unfathomable love for you! Our hope is in Christ alone, even when everything around us seems hopeless.

3) Mephibosheth lost almost everything he had in one day. His whole world came crashing down as a small boy, yet years later, when he could have continued living obscurely as an outcast, he was brought near by the compassion of King David. The great mercy Mephibosheth received is not unlike the great mercy we have received from God. While once we were enemies of God, He has made a way for us to be right with Him again. Knowing you have received great mercy through Jesus if you have trusted Him with your heart, are you walking in the life and wholeness that comes with it, or are you walking in the bitterness and hate of judgment? Are you rejoicing in the grace you have been given, or clinging to what you feel you have lost? How has God’s great mercy made you whole? Take some time to consider ways you can reflect the mercy you have been shown by Jesus to others in your life. Write them down! Put them in your phone or somewhere else you will be reminded to take action!

Praying Scripture back to the One who wrote it in the first place is a great way to jump start our prayer-life! Pray this passage from Psalm 91:1-2, 14-15 back to the Lord and
let His Spirit speak to you through it!

The one who lives under the protection of the Most High

dwells in the shadow of the Almighty.

2 I will say concerning the Lord, who is my refuge and my fortress,

my God in whom I trust. 14 Because he has his heart set on me,

I will deliver him; I will protect him because he knows my name.

I will be with him in trouble.

Prayer Journal
Merciful Father, thank you that You are faithful at all times. Even in our suffering, even in our longing, even in our waiting, You are faithful to the end. I confess I often doubt Your faithfulness. In prayers that seem unanswered, in seasons of pain that seem to never end, when friends and family let me down, help me remember the hope of Your mercy and love. I know I am shortsighted, but Your plan is good. Remind me I am like the outcast, deserving of nothing, but You have brought me into Your home and made me Your child. Comfort my soul in the waiting seasons. Remind me the mercy You have given me is also meant to be extended to others from my hand. Your steadfast love endures forever; may my lips always praise You! 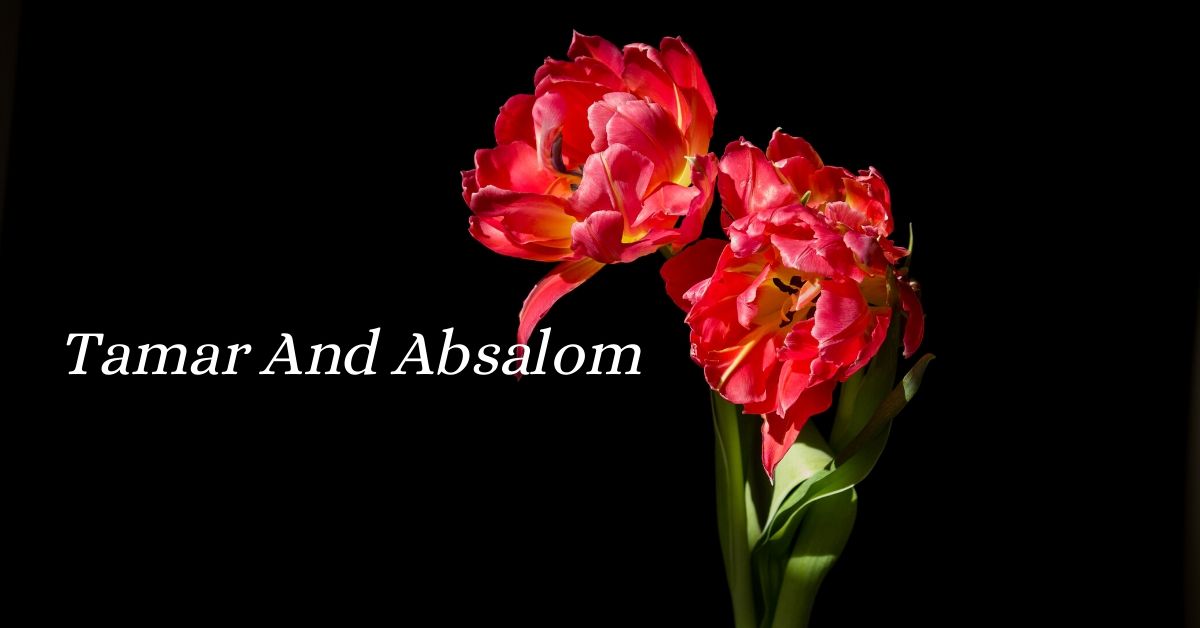 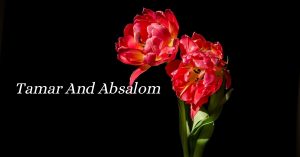 Tamar
What a mess I am in. According to our law, he is supposed to make me his wife. (Deuteronomy 22:28-29) But the law also says he cannot, because what happened between us is a disgrace and we’ll both bear the sin. (Leviticus 18:11, 20:17) However, I know my suffering and shame will be greater than his . . . though he was the initiator and violator.

My name, Tamar, is now soiled because of my half brother, Amnon. How could he deceive me into thinking I was coming to help him in his sickness, when he only wanted to rape me? (2 Samuel 13:6-14) How could he profess his love for me and
commit this great iniquity?
Love isn’t rude like he was.
Love does not do unrighteous acts.
Love is not selfish. (1 Corinthians 13: 5-6)

Amnon never loved me. He loved what he could take from me. And he has taken everything.
My virginity, my trust in men, my hope of a future, my peace.
All of it, stolen, never to be returned.

Who will vindicate me? Will my father, David? I am not sure. Whispers in the court claim he took Bathsheba as his wife in a similar way. Is it true my father also violated Bathsheba while her husband Uriah was fighting a war, as my father should have been? (2 Samuel 11:1-4) Are the rumors true that the child she mourned was also my father’s, a product of their encounter? (2 Samuel 12:16-18)

But she became his wife, so I cannot turn to her with my pain. She will not understand my position because my father did not despise her afterwards as Amnon hates me. O, woe is me! Who can help me in my time of great distress and need?

Surely not my father. No, Amnon is David’s son; David has taught Amnon by word and by deed. How can David chastise his son for something he also did? I will seek out my brother, Absalom. Perhaps he will not fail me.

Absalom
The scoundrel Amnon! He deceived our father and committed a great sin against my sister, Tamar. She came to me hopeless, weeping, covered in ashes of mourning. I took her into my home, asking her to keep quiet so I could make a plan before word of her disgrace spread. (2 Samuel 13:20)

I tried asking my father for help, but was denied. He showed anger, yes. But he did nothing for Tamar (2 Samuel 13:21); he chose his firstborn over us. Therefore, my own anger burned for two years because of his inaction. (Colossians 3:21)

Finally, I vindicated Tamar and made right what King David left in disgrace. Amnon is dead at the hands of the men under my command. Now my father grieves for Amnon while I must flee for my life. (2 Samuel 13:23-37)

Tamar
Amnon is dead. Absalom fled after he ordered Amnon’s killing.
I know Amnon thinks he has vindicated me.
I suppose, if nothing else, he has avenged me.

But I still live with shame. When Absalom ran, he left the household that had been my shelter. I must now return to my mother, Maacah, who is part of David’s royal harem. (2 Samuel 3:3) How humiliating to be the only one who is not a virgin, yet unmarried. No hope of marriage or family is forthcoming for me.

Though he tried, Absalom has also failed me. Blinded by anger and vengeance, he left me here alone.  And now my father mourns for Amnon, but who mourns for me? There is no man in whom I can hope or trust with my life, my well being.

I hurl my broken cries into the void surrounding me, expecting no answer but silence.
Yet here, in my deepest darkness and depression and pain, Someone whispers my name.
Not with derision or scorn, but tenderness and love.

At the hands of men, I have been deceived, abused, violated, ignored, and abandoned.
In the arms of YAHWEH, I have found safety, acceptance, vindication, and redemption.
YAHWEH’s faithfulness, unlike men’s, is everlasting.

Thanks for joining us today as we journeyed into Sketched VIII Week Three! Don’t miss out on the discussion below – we’d love to hear your thoughts!

Looking for other journeys from this theme?
Here’s a link to all past studies in Sketched VIII!