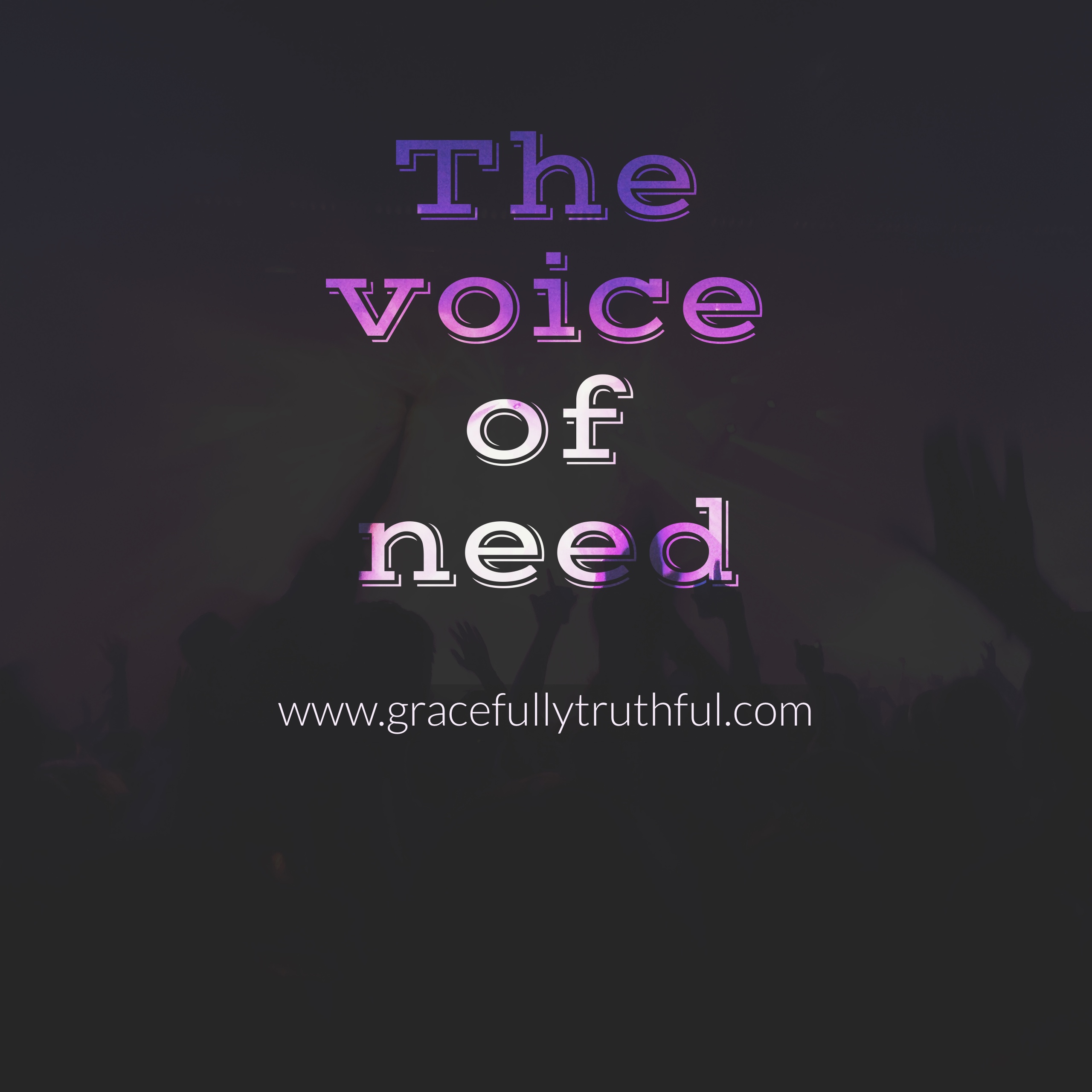 Looking for yesterday’s Journey Post? Check out The Voice of Need!

So if there is any encouragement in Christ, any comfort from love, any participation in the Spirit, any affection and sympathy, 2 complete my joy by being of the same mind, having the same love, being in full accord and of one mind. 3 Do nothing from selfish ambition or conceit, but in humility count others more significant than yourselves. 4 Let each of you look not only to his own interests, but also to the interests of others. 5 Have this mind among yourselves, which is yours in Christ Jesus,6 who, though he was in the form of God, did not count equality with God a thing to be grasped, 7 but emptied himself, by taking the form of a servant, being born in the likeness of men. 8 And being found in human form, he humbled himself by becoming obedient to the point of death, even death on a cross. 9 Therefore God has highly exalted him and bestowed on him the name that is above every name, 10 so that at the name of Jesus every knee should bow, in heaven and on earth and under the earth, 11 and every tongue confess that Jesus Christ is Lord, to the glory of God the Father.

1) What is Paul referring to when he said “being of the same mind”?

2) What is Paul encouraging the Philippi church to do in v. 1-2?

3) What does Paul mean when he says Christ emptied himself?

4) Why is it important for us to look to others interest?

1) What is Paul referring to when he said “being of the same mind”?
Paul is writing a letter of encouragement to the Philippians. Scholars think that conflict must have been going in the church because he spends a great deal of time discussing being unified and fighting the good fight of the faith as one. In the statement “being of the same mind”, Paul is not saying that everybody must think the same thing. If you look at the original language, the intent is to be of the same mind, agreed together, cherishing the same views, and harmonious. Paul wanted the Philippians to know that as believers, there is a common goal found in the gospel.

2) What is Paul encouraging the Philippi church to do in v. 1-2?
Paul’s desire is to see a unified Philippi church. He is asking that they put their own desires aside and think of the greater good of the gospel. Paul’s number one priority was spreading the truth of the gospel and he wants the Philippians to make it their priority as well. As we imitate Christ, we are transformed and begin to see and act differently. Our receptors for those in need of grace, for those in need in any facet should be heighten because it becomes less about us and more about Him.

3) What does Paul mean when he says Christ emptied himself?
This is one of the greatest passages to study on the doctrine of Christ. Doctrine is just a fancy word for what we believe and understand about Christ. In this passage, specifically, v. 5-11, we get the full view of Jesus being both fully human and fully God at the same time. Often, especially at Christmas, we see Christ’s humanity in the form of a baby, but we can’t miss that He was not like other babies. He was fully God as well, being conceived within a virgin through the power of the Holy Spirit. When Paul says that Christ “emptied” himself, he is saying that Jesus put aside His Deity and came to earth in the form of a human who would die on a cross (Hebrews 1, Colossians 1:15-20).

4) Why is it important for us to look to others interest?
As Paul states in the first part of this chapter, if you are a believer and follower of Christ, you should imitate Him. Imitation of Christ is our ambition and goal so looking to others before ourselves is an outflow of a life focused on Christ.

1) What is Paul referring to when he said “being of the same mind”?
In the gospel of John, Jesus says that the world will know Him by the way His followers act towards one another. Recognizing the differences we have and yet finding oneness in sharing the Gospel is the unifying nature of the message of God. We have an opportunity to love the world well, as Christ loved us. We, as believers, have an opportunity, in our diverse oneness, to put God’s love on display in very tangible ways.

2) What is Paul encouraging the Philippi church to do in v. 1-2?
Imitation of Christ is our goal as believers. We cannot imitate what we do not know and what we do not take the time to see. Paul reminds us that if we find anything of value in following Christ then imitate Him and do as He did.

3) What does Paul mean when he says Christ emptied himself?
Empty yourself in the name of Christ, “He must increase, and I must decrease” (John 3:30). We must choose daily to decrease. Self and Christ cannot exist together. The world will know Him through you.

4) Why is it important for us to look to others interest?
Humility is a hard thing to grasp. Some people embrace it and others defend their need to maintain status quo. It is not in our nature to abandon ourselves in Christ-filled humility. As we imitate Him our perspective on humility becomes less of an idea and more of a lifestyle. It becomes second nature as we tune in to Him and His truth and tune out to our own selfish ways and the desires of this world.