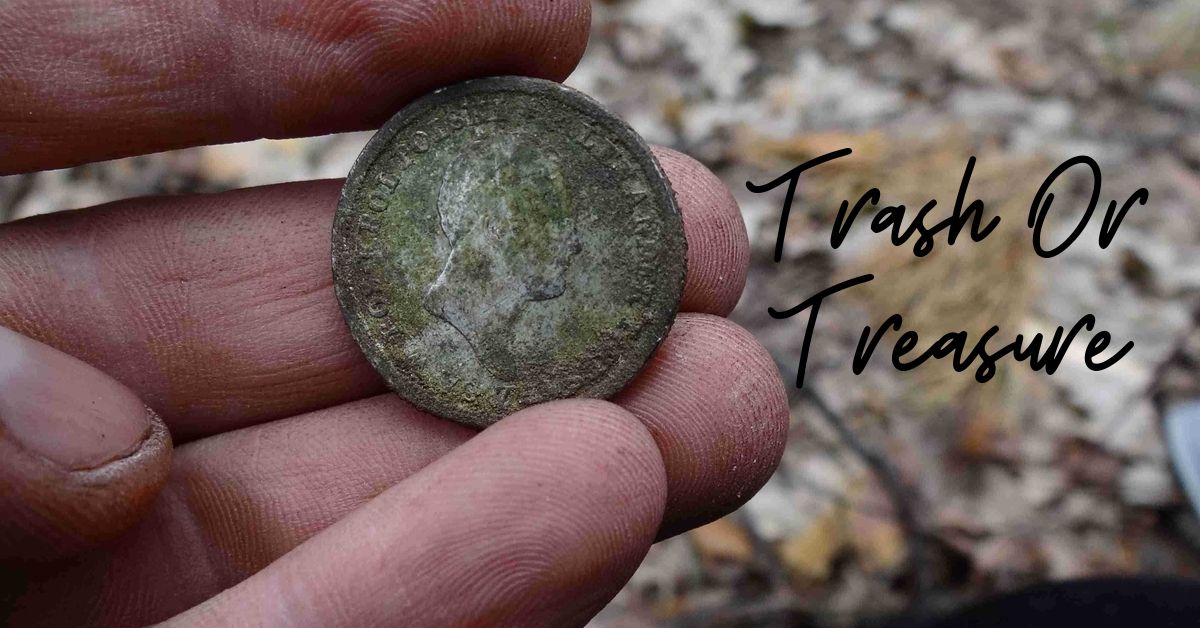 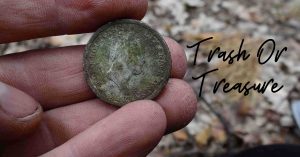 Ugh, another red dot…at my age?

I spent an hour doing my hair today and no one noticed.

My clothes won’t fit; I need to go to the gym.

We’ve all had those times of looking in the mirror and not liking what we see.
It doesn’t take much looking around to discover the world has dragged us into a place where beauty is necessary to survive.

Television commercials, magazines, billboards, and even friends and family sell us on the necessity of beauty. Buy this product, eat this food, go to the gym, wear this outfit; the taglines scream from everywhere.

We must have that make-up, that membership, and those clothes. We buy new clothes and use a new beauty treatment only to watch the trend fade.

The world has tossed women to a pack of wolves by defining what is beautiful by what is fleeting.  It feels as if we’re always on the stage of the beauty pageant, waiting to hear where we stand.  First, runner up, less than perfect, or worse…last.
Undesirable, unwanted, and unworthy.

This fight to be beautiful isn’t new.
The need to stand above the rest, be noticed, and valued are battles women have waged for centuries. In this chapter of Esther, we find a king looking to replace his banished queen.

He didn’t walk the city and randomly select a pretty face or a hardworking handmaiden. Neither did he scour the synagogues to find a woman of noble character.  This decision was intentional and calculated, hinging on one criteria, his enjoyment of her appearance.
And he wanted the very best.
The king ordered all eligible maidens to the palace to begin eliminating “lesser beauties”. He designed his own beauty pageant where he would win first prize of the prettiest body, while she lost, being valued on gorgeousness alone.

One year of beauty treatments and special dietary regimes were implemented to smooth rough skin, clear imperfections, and fatten scrawny bodies. These ladies’ appearances were the result of real, regular everyday living, just like us.  The arid climate and sun exposure led to dry skin and tan lines instead of the preferred pale complexion and supple flesh. Arms strengthened from everyday workloads and thin figures resulting from low food supply weren’t signs of beauty in this culture, but of poverty.

Where real life was evident, ‘beauty’ was applied.

After all these treatments, they chose clothing and jewelry to impress the king.  Each woman visited the king for a single night. After their one-night-stand, they were sent away, not just from the king, but from the other women….and men.

Sexually soiled, they were now unclean. Whatever life and family they had known and loved before this night was now forever lost. Most ladies would never return home after this disgrace because they had no chance of marriage.  The fate of these women was worse than being last in a beauty pageant.
Their dignity had been stolen as they were tossed out, discarded like trash.

Doesn’t this ancient dichotomy feel well-fitted to today’s message?
Either apply the beauty and win the comparison pageant, or be tossed aside as trash.

For Esther, the Lord used her beauty and her heart to win not only the favor of the King, but of the people around her as well. Esther’s outward beauty was enhanced by her kind and gentle heart; a ‘treatment’ no Persian aesthetician could touch.

Though Esther was chosen as queen, she wasn’t treated much better than the other woman.  She had no rights other than the title, “Queen of Persia”.  She was also Jewish, a people who had largely forgotten about their God as they blended with culture around them, and who probably also felt cast off from Him in the years since they’d been exiled in Persia.

Maybe you’re in a place of forgotten and unwanted too.
Transparently, I’m single and have never married; I’m tired of counting how many times I’ve been rejected and labeled “not worth it”.  Someone here knows the sting of feeling undesirable when a husband walks out to find a younger version of beautiful.  Or maybe you’ve worked hard for a promotion, only to be overlooked by someone “better qualified.”

The appearance of ‘beauty’ comes in many shades, and often, if we aren’t cultivating the beauty of our hearts first, we become a casualty of ‘cast off’.

God does not treat us this way!
We are not pushed onto a stage while God inspects every inch of us, exasperated by our imperfection. He will not toss us aside like trash, because we aren’t.

When God looks for beauty, He’s looking on the inside. (I Samuel 16:7)
He takes our brokenness and makes it beautiful. (Isaiah 61:3)
God doesn’t forget those the world has forgotten. (Isaiah 49:15-16)
We hear “not good enough” or “not valuable”, but God says we are more important than sparrows.  (Matthew 10:29-31)
He sent His Son to save us from our sin because He made us for being treasured.

“The LORD has chosen you to be a people for His treasured possession…”
(Deuteronomy 7:6)

When the world judges us for what we are, remember WHOSE we are!
Remember you are a beautiful treasure!

Thanks for joining us today as we journeyed into Esther Week One! Don’t miss out on the discussion below – we’d love to hear your thoughts! 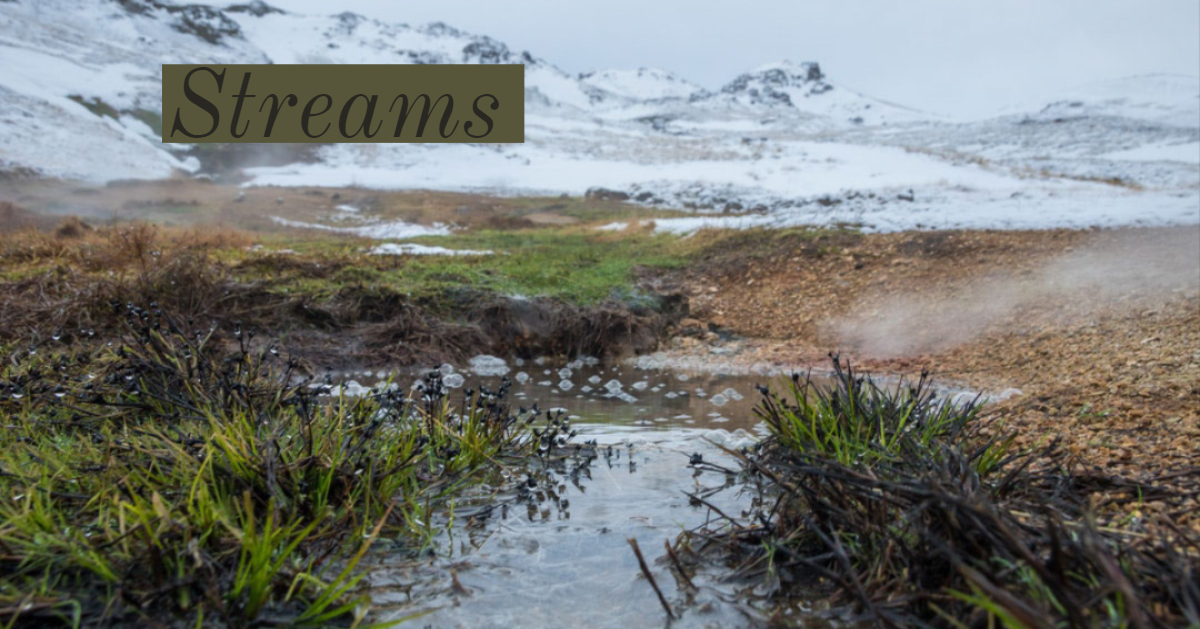 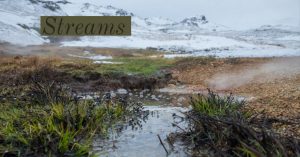 Have you ever written someone off?
Whether in my mind or through my actions, I must admit I have!

I have viewed people as unworthy of investing in a relationship….
I’ve decided they were “too far gone”.
Or their outward appearance repelled me.
Or their beliefs/struggles made me uncomfortable.

Maybe you’ve witnessed a religious organization, or even your church excluding some….
People with tattoos.
Those who smoke, or are heavily pierced.
Promiscuous people.
People with different sexual orientations.

Transparently, I’ve written off someone from each group listed above.
God has shifted my heart towards people, but those God has most laid on my heart recently have been the homosexuals. To help me see His heart, He gave me a visual as I prayed over this and studied His Word.

For this picture, there’s a tree in the desert, barely holding onto life, and a stream of rushing water keeping the tree alive. The tree represents people in hard, difficult places in their lives. The desert represents the wilderness seasons in our lives. And the stream is believers that have living water to offer in that person’s wilderness season.

One Scripture the Lord used to teach my heart was John 7:38,
“Whoever believes in me, as the Scripture has said,
‘Out of his heart will flow rivers of living water.'”
Our hearts run with the overflow of Jesus’ love inside of us, pouring out to others in our lives. This verse has challenged me to be ready, no matter what, to willingly allow the overflow of my heart minister to others by the Spirit’s power. It has also softened my heart toward others, regardless of who they are or what they look like.
You never know what wilderness another person is walking through,
or how close they are to giving up.
Pour out His love like life-giving streams!

Another Scripture the Spirit used to teach me was Isaiah 43, specifically, verses 19-20, “Behold, I am doing a new thing; now it springs forth, do you not perceive it?
I will make a way in the wilderness and rivers in the desert.
The wild beasts will honor me, the jackals and the ostriches,
for I give water in the wilderness,
rivers in the desert,
to give drink to my chosen people.”

Isaiah is speaking about God’s heart for Israel to be shining witnesses of Him, His glory, and His work to the world. He is capable of amazing things, even in the midst of the wilderness seasons in our lives, including springing forth rivers in the deserts to sustain and encourage us. By trusting His heart, studying His Words in Scripture, and engaging in biblical community, He will bring peace and His power will flow through us.

Zacchaeus’ story paints a beautiful picture of Jesus’ loving, relational pursuit of us.
Jesus was simply passing through Jericho on His way to somewhere else when He intentionally stopped to engage Zacchaeus. One tax collector, despised and hated, wealthy beyond belief, but living in his own desert of loneliness and purposelessness, desperately needed a stream of hope and love more than even he realized.
Zacchaeus was “trying to see who Jesus was”. (Luke 19:3)

Jesus called out to Zacchaeus and, like a stream of refreshing water, climbed into his loneliness with him by bringing winsome friendship. As a result, Zacchaeus’ life was forever changed and dramatically made new. Jesus came to bring new life, to be a friend to sinners, and enter into dry, desert places to bring revival.

Jesus intentionally sought out those whom religion and society had written off.
He chose the outcasts.
He built relationships with the missional purpose of saving them for eternity and giving them purpose.

If we are to be like Him, and we are all called to be like Him,
then we should choose to enter into relationships with people
that may make us uncomfortable.
We are commissioned to intentionally engage in order to be a river of life for them in wilderness seasons, holding out the life-changing gospel that they too might be rescued.

In my own life, this has been a challenge to walk out.
I have many people in my life that are living homosexual and promiscuous lifestyles and you might too. I have asked God to help me build relationships that honor Him and bring dramatic life change.

I have intentionally built relationships with these people in my life. They have been seeking and searching and unfortunately, the people claiming the name of Christ in their lives have been very unloving toward them. But through our relationship, they have seen that not all believers are judgmental, that some are willing to enter into the uncomfortable conversations to understand and love and walk alongside in friendship.

I can see their hearts soften toward the things of the Lord. It is not my job to change them, but it is my job to love them regardless. They know that I don’t agree with their lifestyle, but they also know I love them for them.

I pray that through our relationship, they would see what God’s love is like and discover it’s Him they are most searching for.

Sisters, I pray we all choose to intentionally be streams of living water to those around us. Not to save them or change them, only Jesus can do that, rather to give them a drink of what Jesus’ love tastes like.

Thanks for joining us today as we journeyed into Captivating Week Two! Don’t miss out on the discussion below – we’d love to hear your thoughts!
Click the above image for today’s Digging Deeper!

Looking for other journeys from this theme?
Here’s a link to all past studies in Captivating!