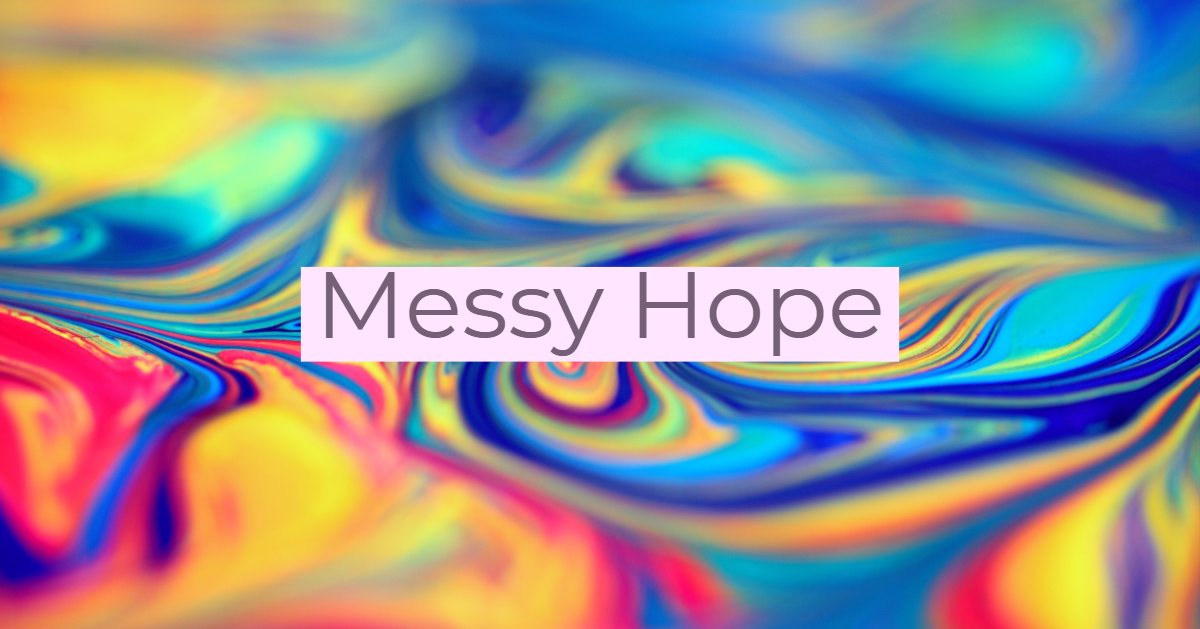 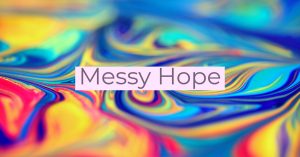 Trash littered the ravine.
The small stream that had carved its way through the space trickled over a hodge-podge collection of rocks and discarded waste. The ravine sides rose to host small homes built from cardboard, random pieces of wood, and anything else that could be used to create some sort of barrier from the elements. A small space, think the size of a large walk-in closet, is home for an entire family whose main meal of the day are mud cakes baked as the sun began to rise.
Welcome to Port-au-Prince, Haiti.

I had the opportunity to visit Haiti before the massive earthquake in 2010 that caused so much destruction. The impact of which played out in the media for all the world to see, but this is the picture that most readily comes to mind. I pray this vivid memory never fades.

My introduction to the community that lived surrounding the ravine came as I followed the missionary with whom we were working as she delivered medication to those in need. She was a force to be reckoned with and refused to hold back the hope she carried with her. In fact, I sensed the Lord whisper one of the most profound phrases to me as I stood there watching her interactions: messy hope.

Messy hope. My mind whirled as the truth of those words sunk deep into my heart. Spreading the hope of Christ would require my willingness to get messy. I could not reach those who desperately needed to experience Christ if I insistently clung to a mindset of avoiding uncomfortable interactions, being inconvenienced, or being unwilling to engage in conflict-laden scenarios. In that moment in the ravine, I understood the invitation that had just been placed before me. Was I willing to get messy for the Kingdom, to be uncomfortable, and be willing to go the extra step to meet others searching for the Light?

This moment in my history came to mind as I read another moment in history recorded in Acts 16. Paul and Silas found themselves in jail, praying and worshipping the Lord as they awaited next steps. In the midst of this, an earthquake shook the jail, the doors opened, and all restraints released. Now in every action movie I’ve ever seen, this is the cue for the entire prison population to escape as quickly and quietly as possible, especially since the jailer reportedly remained fast asleep through it all.

This, however, was not the response of Paul and Silas.
In fact, when the jailer awoke, Paul announced that everyone was still present.
Everyone.
The Word specifically mentions that the other prisoners were listening to Paul and Silas pray. This means that when those doors swung open and shackles dropped away, all the prisoners refrained from bolting for the door.
But why?

Scripture does not specify, but for me personally, if I had just heard two men praying and worshipping while incarcerated, they would have my attention. When the earthquake arrived and the doors shook open, I may have had the thought to bolt until I realized my chains were still solidly in place. However, when those unfastened — not just loosened from the wall, but unfastened — I would have been captivated to discover what happened next.

Something was different about these two men.
They obviously had some sort of connection to the God to whom they prayed.
So, when they remained in their cell, I probably would have too.
Maybe the reality of that much power caused a pause.
Maybe the story was just too intriguing to ignore.
Maybe God had so arrested the attention of the other prisoners, they simply could not tear their eyes away from the scene playing out before them.
Whatever the reason, all the prisoners were still present when the jailer awoke.

Now the jailer’s first response before hearing Paul’s announcement was to draw his sword to kill himself. Death was likely the outcome for this jailer by his superior had the prisoners truly made a getaway.
All hope was gone.
Until…

Until he heard the voice of Paul from within the jail, the gross, smelly, uncomfortable, foul cell. Instead of a clean escape, Paul and Silas chose the messy hope route.

This hospitality was not about presenting the best meals or making someone feel comfortable in your home. This hospitality was about creating a space for the hope of Christ to be presented, tasted, and seen, even in the midst of deplorable conditions.

The jailer, captivated by their bold declaration of the gospel, opens his own home to Paul and Silas. Through their interaction, the jailer’s hospitality, and Paul and Silas’ willingness to offer messy hope despite their circumstances, the entire household comes to the Lord.

So, my question for you, dear sister, is this:
What are your opportunities to offer messy hope?

We all have them, we just tend to excuse them away as messes to avoid. What if we, as a collective whole of Jesus-following-sisters, decided to intentionally enter into the mess, whatever it was, just like Jesus did for us?
I wonder who just might end up being rescued from their sin for eternity as a result! 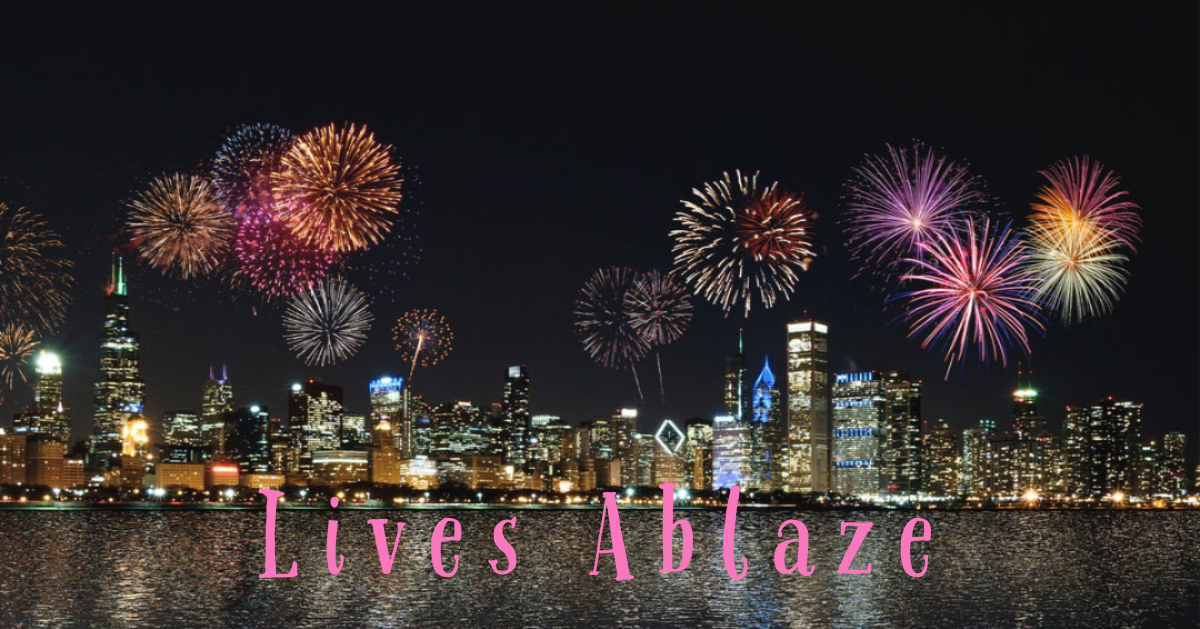 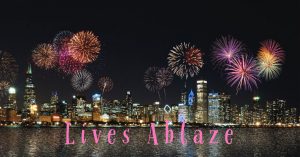 “Indeed, God is my salvation;
I will trust him and not be afraid,
for the Lord, the Lord himself,
is my strength and my song.
He has become my salvation.”  (Isaiah 12:2)

As I listened to these words pouring from the mouth of a 16-year-old boy, I could only marvel at the transformation that had taken place.

He was participating in a training camp for young people who were going to be junior leaders at summer camps.  For the past few days, he had been lively and confident, joining in with all the tasks, but that morning it had been obvious something was wrong.  He had been silent and sullen, brushing away any attempts to discover what was bothering him.  Then he had disappeared…

He was gone for over an hour but, just as we were beginning to worry, he returned, grinning from ear to ear, insisting I listen to this chapter from Isaiah because it described exactly what had just happened for him!

It turned out that although he had known about Jesus all his life, he had never really responded, putting his faith in Jesus.  That morning he had been challenged and, as he took some time to walk and talk with God, he had finally taken that step, and it had changed everything.  Something had awakened within him and where there had been knowledge, there was now passion and a genuine, living faith.

It was amazing to witness this transformation in just one individual; I can only imagine what it would be like to see thousands dramatically changed, but, during the Great Awakening that’s exactly what happened.

It was one of the most significant events in 18th century church history; a series of revivals across Britain and North America during the 1730s and 40s.  It came at a time of growing discontent among many in the church about compromise and a relaxing of standards, and there was an increasing desire for revival.

But when it came it was not a work of man, but of God.
As Jesus put it:
“The wind blows where it pleases, and you hear its sound,
but you don’t know where it comes from or where it is going.
So it is with everyone born of the Spirit.” (John 3:8)

Jonathan Edwards, a minister in Northampton, Massachusetts, was one of the key people God used.  Troubled by his perception that people were too concerned with worldly matters and that some were looking to good works for salvation instead of God’s grace, he began preaching a message of salvation by faith alone. (like Martin Luther 200 years prior) Edwards preached with passion and energy and saw many converted to faith in Jesus.

Meanwhile, in the UK, a group known as the Holy Club was meeting at Oxford University.  John and Charles Wesley, and George Whitefield were key figures in this group, which focused on spiritual disciplines such as prayer and Bible study, as well as serving those in need.  It was only after genuine conversion experiences they were transformed and went on to become key figures in the revivals.

Wesley’s conversion experience came in 1738.  After returning from a failed mission trip to Georgia, he encountered some Moravians, who challenged his ideas about faith and caused him to feel there was something missing.  His description of the experience that followed has become well-known:

“In the evening, I went very unwillingly to a society in Aldersgate Street, where one was reading Luther’s preface to the Epistle to the Romans. About a quarter before nine, while he was describing the change which God works in the heart through faith in Christ, I felt my heart strangely warmed. I felt I did trust in Christ, Christ alone, for salvation; and an assurance was given me that He had taken away my sins, even mine, and saved me from the law of sin and death. ” (Journal of John Wesley)

Following his conversion, Wesley’s preaching took on new life.  He travelled as an itinerant preacher and set up groups to help his followers grow in their faith.  This movement eventually gave birth to the Methodist denomination.

George Whitefield also became an influential preacher, both in Britain and America. Known for his ability to draw a crowd, he often preached outdoors as there was no building big enough for all those who gathered to listen. He often included slaves and Native Americans as he preached, which was rare at the time, giving the message that Christianity was for everyone, regardless of race or status.

The impact of the Great Awakening was widespread and long-lasting.  Thousands came to faith in Jesus and, despite some opposition from traditionalists who opposed the revival, there was also a new unity between Christians of different denominations, with a common evangelical identity based on the Gospel and a willingness to work together to further God’s Kingdom.

But it all began with individual people.
As they encountered God, something was ignited within them, which in turn ignited the world around them.  They had come to see and truly understand, as the boy at my training camp did many years later, that it was not enough just to have knowledge about Jesus.  They needed to put their faith in Him and allow Him to transform them from within.

And that changed everything!

Thanks for joining us today as we journeyed into Ignite Week Three! Don’t miss out on the discussion below – we’d love to hear your thoughts!