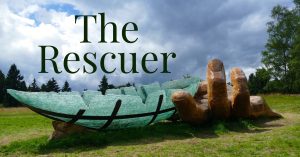 A few months ago, I shared with you sweet sisters some of the struggles I had been facing in my marriage, as well as how I was doing my best to put one foot in front of the other. I opened up about how I was worshipping through this trial and standing on God’s Word, even through the darkest time of my life.

Choosing to trust God, even when my life was in shambles wasn’t an easy choice to make. I wanted so desperately to stick my fingers in my ears and pretend like I wasn’t hearing God ask me to continue to push forward, and to honor and respect my husband through the trials we were walking through, but I didn’t do that. (Not to mention I’d probably look a bit silly.)

I knew in the back of my mind that God had my best interest at heart and that He wanted redemption for us. So instead of acting like my nineteen month old, I listened to what God was asking me to do.

Silently, I obeyed the Almighty.
I prayed.
I cried.
I served.
I worshipped.
I was respectful.
I honored.
I didn’t give up.
God saw.
And our marriage was spared.

Noah was a righteous man, blameless among his contemporaries.
Noah walked with God.

I was recently gifted a Charles Spurgeon edition of the Christian Standard Bible and the way Charles describes Noah was too good not to share. He states:
God keeps His eyes on the sons of men, and He searches among them for certain individuals on whom He delights to fix His gaze.
When God speaks of having seen Noah, he speaks of having seen the kind of man for whom He was looking, namely, a righteous man.
There is not a righteous man on the earth whom God does not see.
He may be anything but famous, but as long as he is righteous, God delights to look on him.
In an age of violence and oppression, Noah alone was a righteous man.
He was no oppressor.

How incredible is it that those are the words that began Noah’s introduction to us?
He is described as the son of God that he is and God delighted in him.
Noah wasn’t chosen because he was a prince, or famous, or had a ton of talent.
He was chosen because he was consistent in his walk with the Lord.
He believed in communion, prayer and meditation and knew right from wrong.

In the end, it was because of his faith, lived out in obedience and righteousness, that Noah found favor with God and was chosen to build the ark and ultimately, be saved from the destruction of all mankind.

The flood, which admittedly can be viewed as devastating,
still paints a beautiful picture of God’s love for us.
It’s a picture filled with promise that continues, even to this day,
that shows us we are worth pursuing,
and that we needed to be rescued.

I imagine those who saw Noah building an ark in the middle of the desert ‘because God told him to’ would’ve made fun of his actions. No one wanted to admit that Noah was right and their world was corrupt, full of sin, and in desperate need of rescuing.
So, instead of listening, they pointed and laughed.

It’s true of my story, and I’m sure some of yours as well.
We’ve been on both sides.
The side where we are listening to God and following His directions.
The side where we watch someone we know make radical choices for the Kingdom and internally point and laugh because surely, they’ve gone insane.

But here’s the good news friends.
God wasn’t surprised when everything went wrong again after the flood.
So, before the beginning of time, He had another plan, a broader plan.
A plan not to destroy the world, but to rescue it.
A plan to one day send his own Son, Jesus, the Rescuer, to save us all.
From Noah to Jesus to You and me, the story is all woven together.
There isn’t a B.C. or A.D.
There is simply Jesus in the midst of every story written.

Thanks for joining us today as we journeyed into Woven Week One! Don’t miss out on the discussion below – we’d love to hear your thoughts!
Click the above image for today’s Digging Deeper!