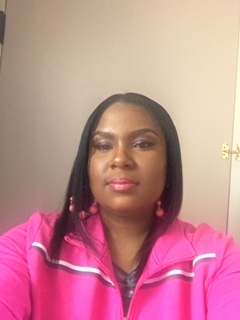 Abandoned
At fifteen, my mom gave birth to me. Immediately, she presented me to my grandmother to raise.   Most of my younger years were spent without my dad and limited contact with my mom. For the rest of my childhood, my parents were in and out of my life at different times.

Not having my parents in my life made me feel abandoned. Although I thank God for my grandmother, who did her best to fill that void, I often felt unwanted, unloved, and not good enough. These false core beliefs carried over into adulthood, because those relationships were never really reconciled.

Abused
As far back as I can remember (four years old), until the age of eleven, I was sexually abused by three different people. Each either in my family, or very close to the family. This led to a deep depression that I could not even understand at such a young age. It’s a depression which has plagued me most of my life.

I did not tell anyone about the abuse, or depression, until I was thirteen, after I tried to commit suicide. At that time I was diagnosed with bipolar depression and put on medication. Then I was locked away in a psychiatric hospital, as if I were the one with the problem.

I experienced a hurt so deep, that it would completely change the way I felt about myself and the world around me. I felt used, ashamed, angry. Nobody spoke up for me, nobody did anything to help me. I believed, at the time, that nobody cared about what happened to me, or the pain that it caused in my entire being.

So I began to believe that the only way to receive love and attention was to please others. I learned to hide my pain, my thoughts and emotions. Because who would care anyway? I learned a whole new set of coping mechanisms, and how to put on a smile that hid my inner self hate.

Broken
With this brokenness, I became very rebellious.  My behavior spiraled out of control as I began drinking, partying, and under-aged promiscuity. All of this leaf up to my first abortion at the age of fourteen. My downward spiral continued into that next year, when I met a man ten years my senior. He fed my desire for love and acceptance, gave me false security, and victimized me just like all the others. I became pregnant once again. However, this time I refused to let anyone convince me to get rid of my child. At 16, I gave birth to her on July 20, 2002.

By this time, I was a little wiser, yet still naive. I worked and did the best I could as a young mother to care for my child with my grandmother’s help. I continued to drink daily to ease my pain and sorrow. By the time I was 18, I had been pregnant a total of four times, with three ending in abortion.

Finally, I was tired of the life I was living. Fed up, I threw my identity into achievement (another coping mechanism). No longer was I going to be the screw up. I got a butterfly tattoo (symbol of transformation), and I set my mind toward becoming a better person. But, I continued to struggle with depression, fear of everything (especially rejection), low self-esteem, low self-worth and no identity.

Redeemed
Then my life began to shift. My best friend since middle school introduced me to a man who changed my life, Jesus.

I met my childhood friend in seventh grade. We grew up together and shared some of the same struggles. When we were nineteen, my friend told me that she had been invited to church by another friend. And that her life had begun to change. She told me that she now felt a sense of purpose, acceptance, and love. The way she talked about Jesus, was like nothing I had ever experienced before.

He was her personal Savior, a very real part of her life. I could see the change in her was more than just superficial. She truly had a renewed mind and heart. Her love for God and her obedience to the Word of God became an inspiration for me.

Far From Happily Ever After
That same year, I began to date the man who I have now been married to for 11 years. We married four months after we met.  I would love to say that we were perfect together. But I learned that nothing good comes easy, and some things are worth fighting for.

And fight we did, literally. We were two strong-willed, broken people, who loved each other one minute and wanted to rip each other’s heads off the next.

When I shared my marital struggles with my childhood friend, she told me how God and prayer were changing things in her own marriage. She then invited my husband and me to church. Within a few months, my husband and I were baptized, and days later I found out I was pregnant with our son Noah.

Still Not There Yet
We did not instantly fall in love with God and live in obedience as my friend did.  We continued to drink, fight, and walk in disobedience to the Word of God. We were poor financially and poor in spirit. We drank and partied to numb our spiritual brokenness and to deal with the pain we caused each other. At one point we were even homeless.

However, there was a fire kindled inside of me.  Faith was continuing to rise. I began to secretly pray for my marriage and over all the struggles I was facing. I continued to go to church on and off, because I knew that there was something special there that I could not get from the world.

Renewed By Grace
As I look back over those years I see the steps of renewal taking place in my life. We began to grow financially, and I began to grow spiritually. God gave us a stable home and blessed us with two more beautiful children. Yet that was still just the beginning.

I randomly woke up one morning and heard the voice of God calling me into ministry. I then began to feel Him, hear Him, and experience His love and blessings in my life more intimately.  The Lord taught me how to minister, by leading me to a wonderful Bible College, where I graduated with a 4.0. God also led me and my family to a church home, which has become a second family to us.

That first baby girl that I clung to and refused to give up is now a sophomore in high school, and she embodies everything that’s good in me. The baby boy that I found out I was pregnant with right after I was baptized is growing into a man after God’s own heart, with faith and prayers that can move mountains. My husband’s faith is growing, and he is now moving into prayer ministry.

But best of all, the Lord has led me to programs, counselors, and books that have set in motion my process of healing. I am learning how to cope with my pain and depression. I also no longer have such a significant fear of rejection. In Christ I feel loved, and accepted, and cherished. His strength carries me when I feel that I am too weak to go on.
Oh, how His grace renews me every day!

Want to study with us? Sign up for daily Journey Studies!
Want to read more stories like Amber’s?