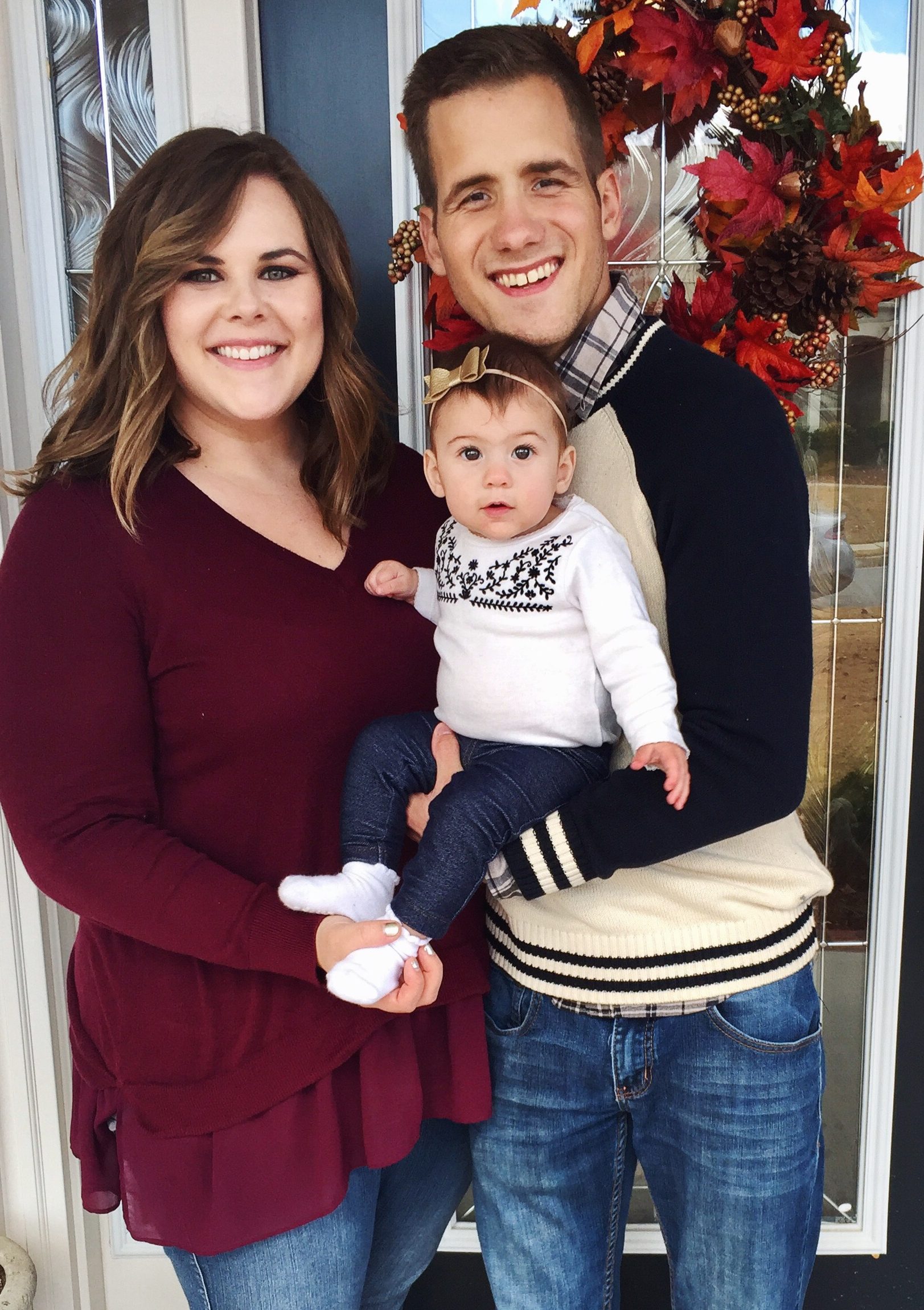 “I feel like such a statistic. I can’t believe that this is happening to me. Why? I don’t deserve this. I’ve done everything right.” I ended the phone call with my friend and broke down in tears. I felt as though my life was a ratio. I was the 1 out of 5 women sexually abused. I was 1 out of 10 women diagnosed with Polycystic Ovarian Syndrome. I was 1 out of 5 women to have a miscarriage. I had marriage problems, financial problems, and a newborn fresh out of the NICU. I felt like my life was constant trial after trial and the mountaintop never came.

I grew up thinking I was ‘lucky’ because I had accepted Jesus into my heart in Children’s Church at a young age, got baptized when I was 14, and continued serving Him throughout high school. I never went down a road with drugs, alcohol, or boys, instead I went to church, served in youth leadership, sang on the worship team, and thought I had it all together. My life came to a halt one Wednesday night in the middle of my senior year when I felt the Lord whisper to me ‘we’ve got some things to work on, are you ready?’ I shrugged Him off, because that’s what you do when He tells you that you have to change, and went about my day. It wasn’t until a few weeks later that the Lord started bringing up memories of my childhood that I had suppressed. When I was five years old, a neighborhood kid sexually abused me. I never told anyone, because ‘he’ told me not too, and that if I did, ‘no one would’ve believed me anyway.’ So, I stayed quiet and convinced myself it never happened.

My life changed course that day, at just five years old. I became ashamed of who I was, and began covering myself up with food. I felt ugly and used and didn’t want anyone to come close to me for fear of them hurting me again like he did. I was in second grade when a girl gave me a nickname that stuck until I was 19: Lizzie. I held onto it and as I became older, I tried to find my identity in other things. Sports, musicals, friends, clothes, but always came up feeling so empty. My food obsession continued to grow and my anxiety of being alone with men only rose. I remember my mom sitting me down when I was in middle school asking me if I was okay because she had found hidden boxes and wrappers underneath my bed of food. We both cried, I told her I was okay and I would try and do better, leaving the abuse completely off the table.

Which brings me back to the God conversation I had tried to avoid.
And let’s be real about this:
He waits, so patiently, for us to get our act together and humble ourselves before His throne!
The memories of the abuse came back to the forefront of my mind and one day I sat down with my mom and told her what happened. She wept. My parents responded in such a beautiful way. They prayed over me, and my heart, and they sought wise counsel to help me move forward. It was in my first counseling session that I heard of Identity in Christ, and it certainly wasn’t the last.

The year after I graduated high school I spent four months in Kenya. I had a heart for missions growing up and felt like I needed to soul search. I had a hard year, and really felt like the world was at my fingertips. In Kenya I dove into scripture and who the Lord really says that I am. It took a while, but I finally started to grasp His truth.
“I have been redeemed and forgiven (Colossians 1:14)”
“I am complete in Christ (Colossians 2:10)”
“I am God’s temple (1 Corinthians 3:16)”
These truths made me come alive, showing me how to love myself, which is SO important in our walk with Jesus. I found true healing from my past, and ways to cope when my anxiety would rise and I became fearful.
“I have not been given a spirit of fear, but of power, love, and a sound mind. (2 Timothy 1:7)”

After I returned from Kenya I signed up to lead a trip a year later. It was on this trip that I met the man of my dreams and every fear imaginable came crashing down in light of the man he was and is. He showed me the fruits of the spirit like I had never seen before. He lived out peace, patience, kindness, and gentleness.

In Kenya I also heard the Lord tell me to come out of hiding. You see, as I mentioned above, I had gone by the name Lizzie for 10 years, but the name my parents gave me was Sara Elizabeth, which means princess.
I didn’t feel worthy of the name after being abused, but in Jesus’ eyes, that’s all He sees me as.

After that trip, this man pursued me like a dying man looking for water in a desert, and it was the beginning of the end. We’ve battled more in our four years together than many will in a lifetime, but through the heartache of being told we may never conceive, to job loss, to having a miscarriage, to moving in with my parents, to being on bed rest for seven weeks and a baby in the NICU, we have never stopped praising our Father for the work He has done in our lives. My journey is my own, and I’m so thankful for it!

Want to study with us? Sign up for daily Journey Studies!
Want to read more stories like Sara’s?