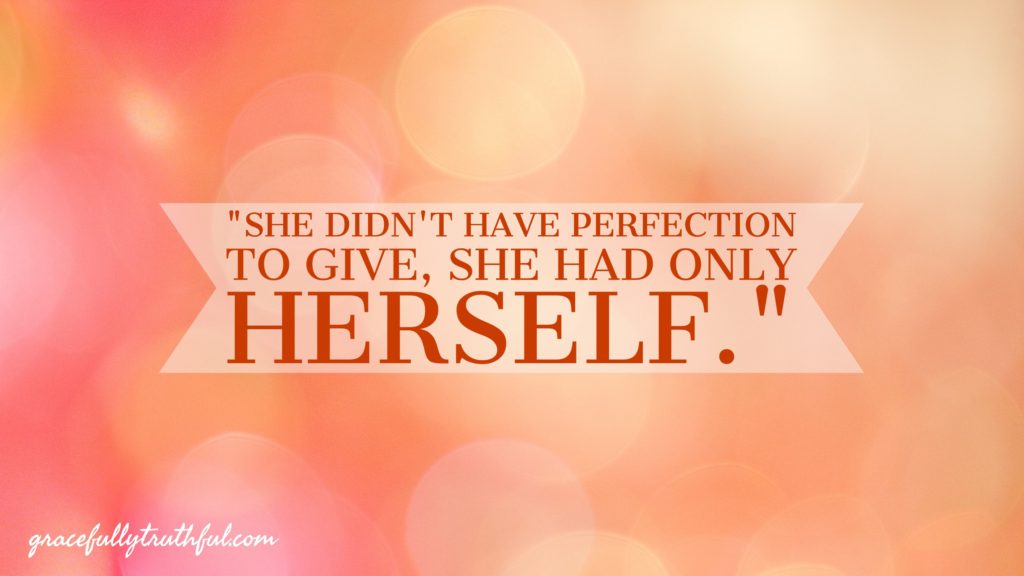 Digging Deeper posts are intended to help us go farther into God’s word than a simple surface reading
and are designed to help us discover new tools in the process.
Curious as to why we Dig Deeper? Here’s Why!

“36 One of the Pharisees asked him to eat with him, and he went into the Pharisee’s house and reclined at the table. 37 And behold, a woman of the city, who was a sinner, when she learned that he was reclining at table in the Pharisee’s house, brought an alabaster flask of ointment, 38 and standing behind him at his feet, weeping, she began to wet his feet with her tears and wiped them with the hair of her head and kissed his feet and anointed them with the ointment. 39 Now when the Pharisee who had invited him saw this, he said to himself, “If this man were a prophet, he would have known who and what sort of woman this is who is touching him, for she is a sinner.” 40 And Jesus answering said to him, “Simon, I have something to say to you.” And he answered, “Say it, Teacher.”

41 “A certain moneylender had two debtors. One owed five hundred denarii, and the other fifty. 42 When they could not pay, he cancelled the debt of both. Now which of them will love him more?” 43 Simon answered, “The one, I suppose, for whom he cancelled the larger debt.” And he said to him, “You have judged rightly.”44 Then turning toward the woman he said to Simon, “Do you see this woman? I entered your house; you gave me no water for my feet, but she has wet my feet with her tears and wiped them with her hair. 45 You gave me no kiss, but from the time I came in she has not ceased to kiss my feet. 46 You did not anoint my head with oil, but she has anointed my feet with ointment. 47 Therefore I tell you, her sins, which are many, are forgiven—for she loved much. But he who is forgiven little, loves little.” 48 And he said to her, “Your sins are forgiven.” 49 Then those who were at table with him began to say among themselves, “Who is this, who even forgives sins?” 50 And he said to the woman, “Your faith has saved you; go in peace.””

1) Why was Mary behind Jesus instead of in front of him to wash His feet like a normal servant would?

2) What is the significance of the Pharisee “saying to himself”?

3) If I haven’t committed “big sins” does that mean I can’t love well?

A trip to www.studylight.org is in order here.

We will get super cozy with this site as we study Scripture together!
Just type in the verse you’re looking at and Boom!
It’s right in front of you in English and Hebrew (Old Testament) or Greek (New Testament), which are the original languages the Bible was written in.

Want to know more about a specific word in a verse?
Click on “Strong’s Interlinear Bible” then click the word you’d like to study. Find super awesome stuff like “origin”, “definition”, and even all the different ways that single word has been translated into English! If you want to be geeky, you can even click the word and hear its original pronunciation – That Is Awesome!

Want to get more background on a word or phrasing or passage?
Click “Study Tools”, then pick a few commentaries to read their scholarly approach, keeping in mind that just because a commentary says it, doesn’t mean it’s true. (just like the internet :-))

The Findings for Original Intent

1) Bible times were hard and dusty on feet because people walked everywhere in sandals likely made of a piece of wood and strips of leather. Upon arriving as a guest, it was common courtesy to have servants who knelt before the guest to wash their feet. Much like it’s customary to offer our guests something to drink when they arrive at our homes. But, as Jesus states later, the Pharisee didn’t offer Christ this service.

For Middle Eastern culture during this time period, people ate meals while reclined on the floor, propping themselves up with pillows as servants waited on them from behind. Logically, their feet would have been tucked behind them or extended to the side. As the text says, Mary heard that Jesus was coming to this Pharisee’s home and, bringing her expensive perfume, she came to Him. Perhaps she snuck in pretending to be a servant, maybe the guests were dining outside and she was attempting to go unnoticed as a passerby, but whatever her means, she was intent on finding Jesus. And find Him she did, but her encounter with the Lord of the Universe affected her so deeply that she was rocked to her core as she acknowledged in her heart who she was as a sinner and who God was in His holiness. And so her tears flowed as she was caught off-guard by Christ’s humble majesty. Her tears fell to Jesus’ dusty, tired, human feet and she knelt quickly to wipe them and anoint them. A sin-filled heart laid bare before the Savior; nothing is more beautiful!

2) The moment someone comes in your door, you’ve probably already begun assessing or judging them in one degree or another whether by clothing choice, mood, jewelry, or shoes. The Pharisee here did the same thing as Mary’s presence at his table became obvious. Perhaps with a sweeping smile that belied his darting eyes, he quietly decided that if Jesus knew who Mary was He wouldn’t allow her to touch Him. To the man who had studied prophecy his whole life and should have known Who he was looking at, the Pharisee missed the forest for the trees. Demonstrating the omniscience (all-knowing) quality only God has, Jesus answered out loud what the Pharisee had kept hidden in his heart. Every heart is naked before God; there can be no pretense.

3) When Jesus said that Mary’s sins were many, we often conclude that He was somehow comparing Mary’s sins to the Pharisees or any other religious person, but He wasn’t. He was first displaying that He, being God, did indeed know Mary’s background, but more to the point, He knew that her heart realizations of her own brokenness had drawn her to see Christ as He really was, the Savior of the World. Something the Pharisee was still refusing to acknowledge. It wasn’t Mary’s sins Jesus was highlighting, it was the fact that she desperately wanted to be free. Free to love like Christ loved her.

Some Applications for Our Everyday Lives

1) Wrestling with the truth of who we are without Christ is something every member of humanity must do. When we truly see ourselves as the broken, desperate, hopeless-without-Jesus people that we are, we can’t help but be drawn to the intimacies God is holding out. For those who have truly surrendered to Christ as Lord and Leader, our identity has been forever altered. We are no longer cloaked in sin, shame, and brokenness, but rather we are dressed in righteousness and heirs of God! When we view ourselves in light of truth and grace, the lavish love of God will always pull us into Him and never push us away!

2) The issue for the Pharisee was that He accused Christ of not knowing who Mary was, but instead Jesus turned the tables on the Pharisee. If the Pharisee had realized who Christ was, he would have been assuming the same posture as Mary because He would have seen God in the flesh and realized that he himself was a sinner just like Mary. The same can easily be true for us. We are quick to judge another, holding ourselves up, while forgetting who we really are. The only thing that makes me different from “that un-believer” is Jesus. Not my righteousness, not my good deeds, the church I go to, how good my kids are, or how much I give to the poor, only Christ. And He calls us to love.

3) Before a holy and righteous God, all of our sins are “many”. Even if it were only “one sin” it would still separate us eternally from a perfect God by a chasm that we could never bridge on our own. It’s not a comparison game of “sins”, but rather Jesus was pointing out that the deeper we go into intimacy with Him, the more He fuels us with His ability to love like Him. The more we know Him, the more we love Him, which powerfully overflows into love for others. All of which were quite un-like the Pharisee, but exactly like Mary.

1) Take this passage (or any other passage).
2) Read through it (always more than a verse or two).
3) Write down your questions as you think of them.
4) Ask specific culture related questions and be ready to dig around for your answers.
Google them, use www.studylight.org, or look them up in a study Bible and read the footnotes
(click on the little letters next to a word and it will show you other related verses!). (www.esvbible.org)
5) Check your applications with other trusted Christians that you are in community with and
embrace the fullness of God in your everyday!

Thanks for joining us today as we journeyed into Fullness! Don’t miss out on the discussion – we’d love to hear your thoughts!