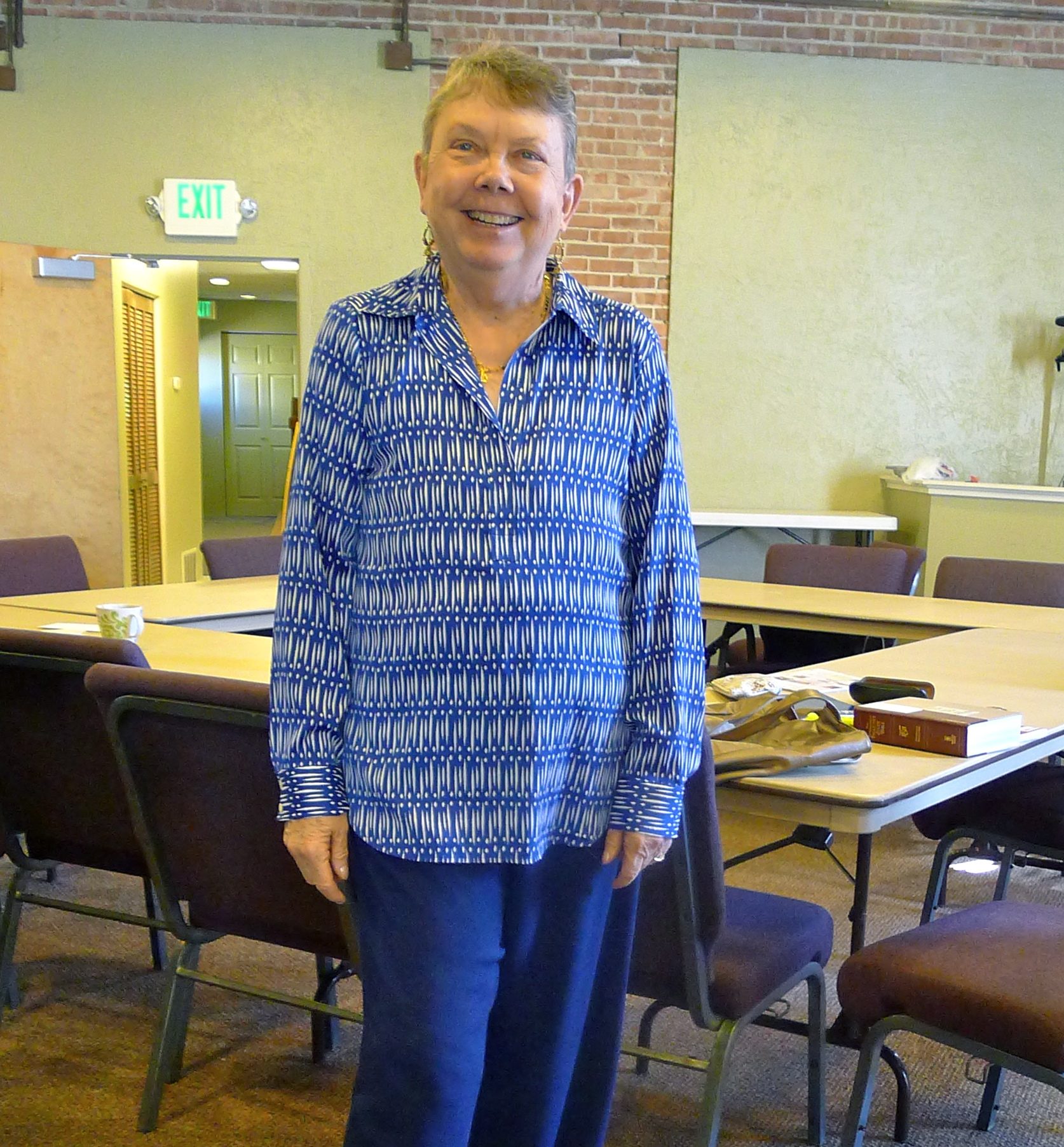 Miracle: “a surprising and welcome event that is not explicable by natural or scientific laws and is therefore considered to be the work of a divine agency.” The Oxford Dictionary

“For we must never forget that He rescued us from the power of darkness, and re-established us in the kingdom of His beloved Son, that is, in the kingdom of light. For it is by His Son alone that we have been redeemed and have had our sins forgiven.” Colossians 1:12-14 (JBP)

Around noon three days after I returned from Venice, Italy, Grandma Kimmett called and said she had four free tickets for Billy Graham’s first movie, The Restless Ones. “It will be showing at the Denver Auditorium Theater tomorrow night,” she told me. “You could take some friends and see it. I hear it’s really good,” As usual, her optimism was contagious. How could I turn her down?

“Sure, Gram, I’d love to have the tickets.” An hour later, she came to the apartment and handed them over to me. “My heavens! What’s the matter with you?” she asked with loving concern. “You must have overdone it on your trip, I think. Do you want me to call the doctor?”

“Oh no! It was just a touch of the flu, that’s all Grandma. And thanks for the tickets. I’m feeling better already.”

The telephone rang. Barry, Scott’s closest friend was home on leave from the Navy. “I’m in Lakewood for a few days, so how about some lunch? I’m starved!” I felt a glimmer of hope. Whenever I met Barry, he was so attentive and kind, listening to what I had to say. And here he was willing to spend some time with me, just when I needed a friend the most.

“I’d love it. And listen,” I said. “I have some free tickets for a movie tomorrow night; it’s a Billy Graham movie–will you go with me?”

I called my sister, Marsha and my friend, Mart. They both agreed to go and I was sure Barry would drive. When he came to the front door, I was more than ready to get out of the house. We drove to a place of momentary escape, a corner table at the Hollow down on Colfax. Since it was well past the noon rush, we had a corner booth all to ourselves in the deserted room. We lingered awhile to catch up with what he’d been doing in basic training and what happened to me in Europe. I handed him the 8mm movie camera he’d loaned me and thanked him. “I’ve only been home three days, but when I get the movies back, you’ll be the first to see them,” I said.

“So what’s really going on?” he asked, looking right through my cheerful facade. “You look like you’ve been up all night and when I talked to Scott this morning, he avoided my questions. I know something’s up.”

The pent-up dam burst, spilling my story all over him. I didn’t withhold anything, but told it straight, especially about Scott’s silence when I asked him, “You don’t love me anymore, do you?” About his leaving me without a word, and my fear for the future. I didn’t tell him that thoughts of suicide had bombarded me all night long.

When the truth was out, and I had no more to tell, he leaned back in his chair with a big smile on his face. “What are you smiling about? This was not a happy story!” I exclaimed.

“Sure, I know that, but here’s the thing. You know I’ve always liked you a lot. We could make it work together. Just think about it!” It was my turn to smile. I’d never thought about him that way, but the lifeline was real.

The next night around 6 p.m., we parked the car and the four of us walked to the crowded entrance of Denver’s Auditorium Theater where several women took tickets and ushered people through both theater entrances. We found seats by the back door on the right side because I told my friends that we’d leave as soon as the movie was over. “I know these Baptists. Someone will come out on the stage and give an altar call for people to go forward to accept Christ. We don’t need to stay for that.” They looked at me as if I’d been speaking Greek.

The house lights dimmed, heavy velvet drapes parted, and the film began with bongo drums and rebellious teenagers drinking, driving recklessly, and vandalizing the inside of a church. Their irreverence was a shock. The music and the characters immediately captivated me and I became one of them inside a story which read like the script of my life.

April, an arrogant high school student, reminded me of myself. Her mother was drunk and slumped on her couch while she lived a self-centered, out-for-all-she-could-get lifestyle, using people for power and expensive gifts. She was so empty inside, she’d become cold and heartless, hating her mother and becoming a master-manipulator of the boys who crowded around for her affection. April was on a fast-track to hell.

Midway, when Billy Graham’s preaching before a stadium packed with thousands of people held us all spellbound, I sensed overpowering emotions and a strong conviction that I was going to end up just like that girl. According to the story line, when she found out she had become pregnant by a truck driver, much older than herself, she insisted that they marry. He promised to pick her up the next time he was in town and they made a date to meet. April packed her bag and came to the restaurant prepared to run away with him.

But when she learned from a waitress that he’d told her a few days before that he never planned to come through the town again, April went into the ladies’ room and cut her wrists. By the time the waitress found her and called an ambulance, I wondered if perhaps she was too far gone to be saved.

By then I was sobbing and struggling with myself. Marsha and Mart sat on my left and Barry was on my right, but none of them were aware of me. They appeared to be absorbed in the story. I felt like someone was slicing me open and pouring salt into the gaping wound. For the first time I understood that the path I was on would lead me to a very bad end, maybe suicide.

My inner pain was so deep, I had moved beyond desperation. When the movie ended and the house lights came on, I gripped the arms of the chair, muttering, “I won’t go! I won’t go.” Barry told me later that when a man walked out onto the stage to invite the weary and heavy laden to come learn about Jesus and His gift of eternal life, I jumped over Barry’s legs and ran down the aisle. “Just like a crazy woman! Never saw such a cry baby,” he said, laughing.

Backstage, a woman wearing a “Counselor” name tag and carrying a Bible approached me but she looked so worried. “How can I help you?” she asked tentatively.

“I’m in terrible trouble!” I sobbed and collapsed into a folding chair. She sat down next to me and gave me a Kleenex, asking for my name, address, and telephone number. I answered automatically, pleading inside for someone, anyone, to help. The woman looked bewildered, so I searched the room for another more experienced counselor who could tell me what to do with my messed up life.

The counselor began reading passages of Scripture out loud. I kept crying until she assured me, “Jesus will help you. He says here in Revelation 3:20, ‘Behold, I stand at the door and knock. If any man hears My voice and opens the door, I will come in to him and sup with him and he with Me.’”

Within a second of hearing those words, my sobs suddenly stopped like someone had dammed off a flooding river and I found myself in a place of amazing light and remarkable peace. It felt like I’d been gathered into an overpowering embrace of love. This reversal was so dramatic, the counselor’s mouth dropped open and she stared at me. She spoke again, but I didn’t hear what she said, enjoying instead a sensation of acceptance and tangible love beyond anything I’d ever experienced before. I felt what can only be described as joy, embraced in the comfort of God’s arms as He drew me into His safety, perfect love, and beauty. From the inside out, I felt put back together. Healed. Clean. And clearly, totally free!

The heavy loneliness and despair which had been weighing me down for months vanished and light flooded in. I didn’t know what to make of this and many days went by before I realized that at that moment I must have heard Jesus knocking and opened the door of my life, inviting Him to come in to stay. Once welcomed, He had lavished His pure love and forgiveness, bathing me clean inside and out, and making me right with God forever!

For several minutes, I remained still, relishing the experience. Nothing going on around me penetrated or diverted my attention. I felt so satisfied and content that nothing else mattered, not even Scott and his desertion or the uncertainty of the future. God had opened up real possibilities, and inner happiness became joy that sent me flying! I began to laugh with abandon, tears streaming down my cheeks but these tears were cleansing, invigorating, full of gratitude. I wanted to dance, to run, to tell everyone. But what would I tell them? What words could I possibly employ to describe this miracle? Everything was so different now. I had hope and life was new!

Hugging the stunned counselor, I turned to walk down the side stairs toward the back of the now-empty theater where I’d left Barry, Marsha, and Mart. Seeing their faces, I felt like one returned from the dead.

“Then Jesus again spoke to them, saying, ‘I am the Light of the world; he who follows Me will not walk in the darkness, but will have the Light of life.'”  –John 8:12 NASB

Want to study with us? Sign up for daily Journey Studies!
Want to read more stories like Diane’s?