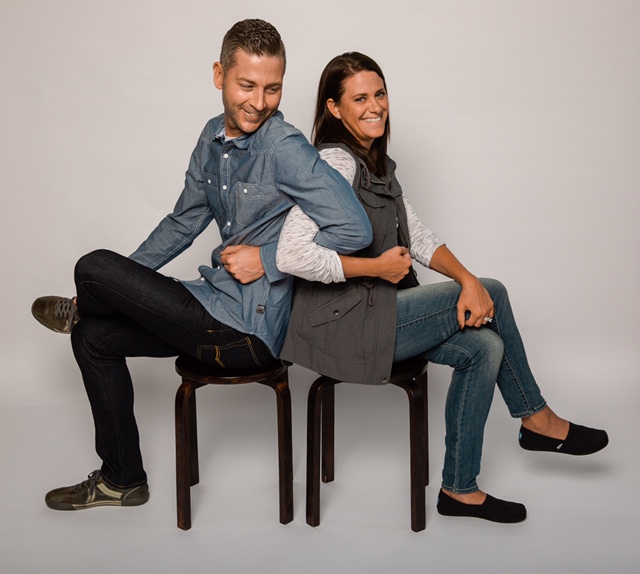 My story is one of shattered dreams, broken hearts, and deep pain.
I wanted to give up.
I had no purpose and nothing to live for.
I was empty and hurting.
I had no hope.
But…an encounter with Jesus changed everything.

Less than 14 months later, we said the words, “I do”.
Bryan completed me and was exactly what I wanted in a husband.
We were best friends, doing everything together from fishing trips to grocery shopping.

My story took a deep plunge three years into our marriage. I was at work and Bryan showed up over lunch break to take me out for lunch, but we never made it to the restaurant. We turned the car off in the parking lot and Bryan shared devastating news… he had just been fired. We agreed it was going to be hard, but we had each other. WE were going to make it.

As the months went by with no job offers, the darkness settled in. I would leave by 7 am and walk back into the house at 6:30 pm to make up for our income shortage. As I continued to put in 11-12 hour days and our roles were reversed, I became exhausted.

But the most painful part of this season was coming home every day to a drunken husband. Again, the darkness snuffed out any light.

Six months later and we finally heard the news we’d been waiting for; Bryan received a job offer, which we thought would be our ticket out of darkness.

We had two good paying jobs, built a new house, had two new cars in the garage, two dogs, two cats, and a new boat in the driveway. We were living the “American dream”. Or so we thought.

On a long road trip home to be with my family for a week at Christmas, Bryan told me these three things. “Shayla, I don’t love you. I don’t want to be married to you. I want out.”

After spending a week with family, I left a “home” that loved me, to go back to our house with a husband who neither loved me nor wanted to be married to me. As we settled into our broken home, we made life as miserable as possible for each other. However, we were anything but together. We were separated.

Four long months went by and I fell into deep depression.
The idea of ending my life frequented my thoughts.
I kept telling myself there had to be more to life than this.
This wasn’t the fairy tale I’d dreamed about as a little girl.

After four months of miserable living, we decided that life was short and family was important, realizing we had been acting silly and immature. Rather than addressing the damaging words, the drinking, or our communication problems, we swept everything under a giant rug.

But I was still hurting. My gut was unsettled.
Yes, we “made up”, but something wasn’t right.
The memories of finding an inappropriate email between Bryan and “the other woman” months earlier haunted me. The outward love Bryan showed me wasn’t the same it had been when we said, “I do”.

I questioned the integrity of our marriage.

After months of no sleep, despite taking sleep pills, I began gathering information and made a phone call no wife should ever have to make. I called the woman who Bryan, my husband, my best friend, the young charming man I married at the age of 19, was in an affair with. I finally had the answers I was looking for.

I confronted Bryan and he didn’t deny the affair.
I gathered a few things from the house and left the “American dream”, realizing that stuff did not bring happiness or peace.
The “American dream” was a cover up for two hurting people.

In this moment of darkness, deep pain, and hopelessness, I began looking at the person in the mirror.
I wasn’t perfect. I needed comfort, acceptance, and unconditional love.
I needed something.

Here is the best part of my story…I found it!

I found comfort, grace, forgiveness, and peace.
I found unconditional love and acceptance from my creator…from my heavenly Father.

While in the darkest, lowest point of my life, Jesus met me. I finally surrendered my life to Him and began following Jesus.

I had nothing else, nowhere, or no one else to turn to. I remember asking for forgiveness and saying,
“Jesus, I will follow you. I will pursue a relationship with you.”

It was at this moment that the chains and bondage I was living in were broken.
I had no clue about my future or my marriage, but I had a renewed hope.
I was separated from Bryan with no contact and unsure how long the divorce process would last.

However, God stepped into our story.
When two broken, selfish people turn to Jesus, miracles happen.
God started writing a beautiful love story. A story of brokenness, hurt, betrayal, and shattered dreams became a love story of His redeeming love, His forgiveness, His mercy, and His grace.

Our story became a beautiful love story about Jesus at the center of a broken marriage.

Bryan and I recently celebrated 17 years of marriage. We have beautiful children who get tucked in at night by a mommy and daddy who love them dearly.
I see Bryan through the eyes of Jesus and it’s beautiful.

We have a deep desire to help others who are going through the darkness of their own. Because of this, we co-founded Anguished Hearts in 2015. We use our life experiences to show that hope can be found no matter the situation, struggle, or sin you’re facing. Anguished Hearts exists to lead broken people into a powerful relationship with Jesus. Our purpose is to share the hope of Jesus so others can experience the same forgiveness and freedom that we have.

We’re all broken. We all need a Savior. We all need of Jesus.
We each have a story and the Author is our Heavenly Father.

Want to study with us? Sign up for daily Journey Studies!
Want to read more stories like Shayla’s?