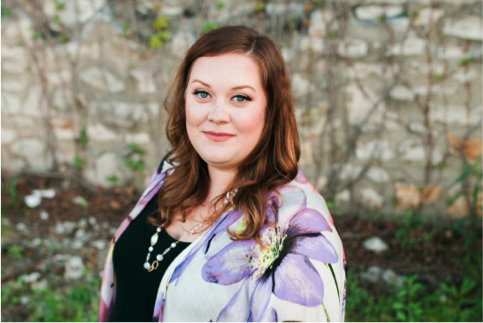 I grew up in the church.  I actually accepted Christ at such a young age that I don’t remember the exact moment. However, my dad tells me there was a definite change in my behavior and attitude from that point on.

I am the oldest of seven, and we were blessed with two parents that love Jesus.  They taught us to do the same.  My parents were elders in our little church, and as a family that was mostly comprised of children, we made up the majority of the youth group/children’s church at any given point in time.

I always believed in God and knew that Jesus died for my sins, but somewhere between age 16 and 18 I went through some major rebellion and pretty much stopped attending church or having very much to do with other believers (except for Easter and Christmas services) for the next decade or so.  I wish I could pinpoint a specific event that led to my choices, but try as I might to remember, nothing sticks out to me.

I met my husband during that time, and friendship quickly turned into a dating relationship.  I wish I could say that we grew in our faith together from that point on, but that is not the case.  However, through a series of divinely appointed friendships and encounters, and in spite of my own rebellion and detachment from most things faith-based, he met and accepted Jesus during that time.

As he was only sixteen (I was eighteen) when we began dating, we were together for seven years before we married in 2009.  Those years were sometimes fun, often tumultuous and rarely (if ever) spent in obedience to God.  We were not attending a church when we became engaged, but we knew that we did want to be married by a pastor.  I have no idea why, but the only pastor that I ever even considered was my grandmother’s pastor.  He had always struck me as kind, compassionate, and above all genuine.  We all knew that we would never attend his church as it was much too far to drive each week, but throughout our pre-marital counseling he urged us to find a church home.

I think I assumed that once we were married, everything that felt wrong in my life would instantly be better.  And for a while, it was.

But the problem was this: doing one right thing doesn’t take back all the wrongs, erase all the hurts or heal all the broken pieces inside of you.
Only Jesus can do that.
You might feel a little better for a while.  Relieved.  Triumphant, even.
But the root of the problem is still there.  It’s just masked by some freshly turned soil.

And a dead root (even one covered with fresh soil) will still rot.

Eventually, things came to a head, and we both acknowledged that something had to change.  We began looking for a church home out of desperation.  My parents and brothers were attending a church not far from where we lived, so we decided to visit one Sunday.  We never actually intended to stay, but my husband loved the pastor’s teaching from the very first visit, and we have been there ever since.  The first year or two were challenging.  We attended services on Sundays (albeit sporadically), talked with my family in the foyer after the sermon, and went home.  It was a big church (to us), and we didn’t really know anyone else.  It was hard to feel connected, but we really loved the worship and always took something away from the message each week.  We realized we needed to make more of an effort to join in and become connected, so we started attending a class on Wednesday nights and I auditioned for the choir.

We made some new acquaintances in our class, and after the Christmas Choir event, the worship pastor pulled me on to the worship team.  Looking back, it’s so clear that God’s hand was in the timing of everything.  Had that worship pastor not pulled me in at that exact time (and continued to pull me and my husband in and include us), I have no doubt that we would be in a very different situation – in our marriage and in our faith.

A short time later, we found out we were expecting our firstborn.  We were ecstatic – we had been trying to conceive since we first married, and were already making plans to see fertility specialists, etc.  We told our families, began to gather baby items, started planning child care, etc.  We could not wait to be parents.  Our plans did not coincide with God’s, however, and our sweet daughter was born before we reached the third trimester.  She was with us for a very short time.  She was tiny and beautiful.  She had her daddy’s nose.

Her first breaths were also her last, and we were blessed to hear her cry after she was born. Just once.
Then, she slipped quietly into Jesus’ arms.

We were heartbroken and grief-stricken, and utterly and completely adrift in the depths of such loss.  Through God’s grace, we did not tear each other apart as we navigated foreign territory, and in our darkest hours, He met us.

He found us, when we couldn’t find ourselves.

When we forgot who we were, who we were in Him, who He made us to be, and what was important.  And He began to rebuild us, from the ground up.  Together.

And that’s where we are.
That’s where I am.
Broken, but being rebuilt.
Piece by piece, healing by healing.

I mess up, all the time.

And He loves me, forgives me, reshapes and rebuilds me.

This is me, inviting you to share your story with us.
No judgement or condemnation here.
There is plenty of that anywhere else you look.
I follow the God that formed you in your mother’s womb.
The God that knows and calls your name, even when it feels like you are nothing.
The God that tells you who you are… because He designed every part of you.
The God that loves you, intimately and perfectly, in spite of you.

We are so glad you are here.
I can’t wait to hear your story.

Want to study with us? Sign up for daily Journey Studies!
Want to read more stories like Merry’s?