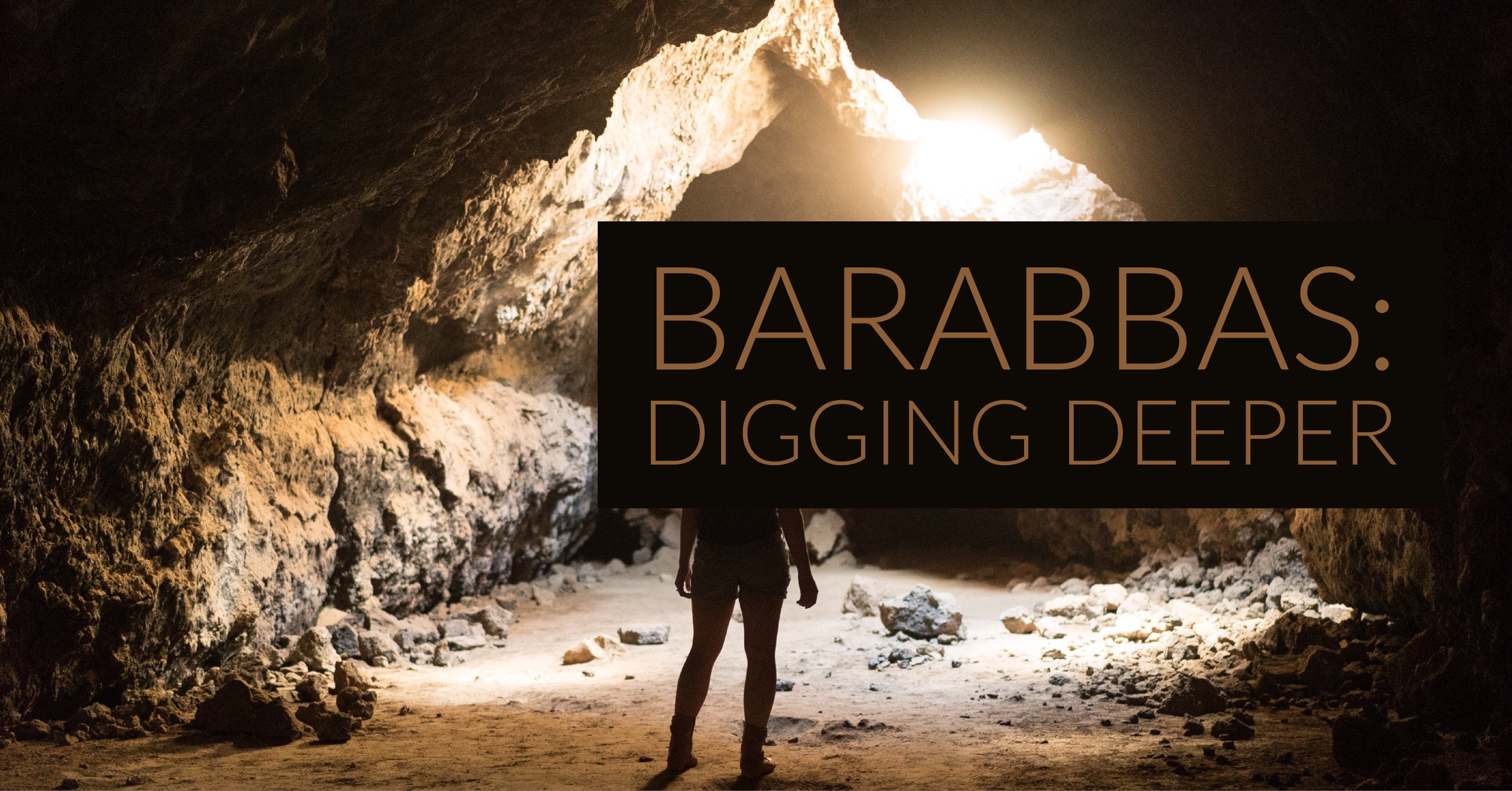 23 Then their whole assembly rose up and brought him before Pilate. 2 They began to accuse him, saying, “We found this man misleading our nation, opposing payment of taxes to Caesar, and saying that he himself is the Messiah, a king.”
3 So Pilate asked him, “Are you the king of the Jews?”
He answered him, “You say so.”
4 Pilate then told the chief priests and the crowds, “I find no grounds for charging this man.”
5 But they kept insisting, “He stirs up the people, teaching throughout all Judea, from Galilee where he started even to here.”

6 When Pilate heard this, he asked if the man was a Galilean. 7 Finding that he was under Herod’s jurisdiction, he sent him to Herod, who was also in Jerusalem during those days. 8 Herod was very glad to see Jesus; for a long time he had wanted to see him because he had heard about him and was hoping to see some miracle performed by him. 9 So he kept asking him questions, but Jesus did not answer him. 10 The chief priests and the scribes stood by, vehemently accusing him. 11 Then Herod, with his soldiers, treated him with contempt, mocked him, dressed him in bright clothing, and sent him back to Pilate. 12 That very day Herod and Pilate became friends. Previously, they had been enemies.

13 Pilate called together the chief priests, the leaders, and the people, 14 and said to them, “You have brought me this man as one who misleads the people. But in fact, after examining him in your presence, I have found no grounds to charge this man with those things you accuse him of. 15 Neither has Herod, because he sent him back to us. Clearly, he has done nothing to deserve death. 16 Therefore, I will have him whipped and then release him.”

18 Then they all cried out together, “Take this man away! Release Barabbas to us!” 19 (He had been thrown into prison for a rebellion that had taken place in the city, and for murder.)

20 Wanting to release Jesus, Pilate addressed them again, 21 but they kept shouting, “Crucify! Crucify him!”

22 A third time he said to them, “Why? What has this man done wrong? I have found in him no grounds for the death penalty. Therefore, I will have him whipped and then release him.”

23 But they kept up the pressure, demanding with loud voices that he be crucified, and their voices won out. 24 So Pilate decided to grant their demand 25 and released the one they were asking for, who had been thrown into prison for rebellion and murder. But he handed Jesus over to their will.

1) What is significant about verse 12?

2) What was the motivation behind Herod’s desire to see Jesus?

3) Why did the crowd – which included chief priests and religious leaders, and possibly even people who had been healed by Jesus – continue to call for His crucifixion even though Pilate found him innocent?

1) What is significant about verse 12?
My research shows several explanations for this friendship.
1- The friendship may be solely based on the fact that Pilate deferred the ruling to Herod who had jurisdiction over Jesus who was a Galilean.
2-Some sources such as Zondervan’s Pictorial Bible Dictionary attribute their bond to the power of Jesus Christ for reconciliation (see page 350). Because of Pilate’s wishy-washy judgment, and his washing of his hands and placing the blood of Jesus on the Jews, one might lean more toward reconciliatory power.
3-Some commentators, such as Spurgeon and Ryle (see www.studylight.org for their commentaries), believe Pilate and Herod bonded over their shared contempt for the gospel and their desire to destroy Jesus Christ. This seems to be the more plausible answer.

2) What was the motivation behind Herod’s desire to see Jesus?
Herod Antipas – the same Herod who had called for the beheading of John the Baptist (Matthew 14:9-11; Mark 6:26-28)– now eagerly welcomed Jesus Christ into his presence. He had been wanting to see miracles; basically, he wanted a front-row seat to the show. There was nothing in Herod which was worthy of the Word, which is why Jesus didn’t answer any of his questions. Note that Herod joined his soldiers in mocking Jesus.

3) Why did the crowd – which included chief priests and religious leaders, and possibly even people who had been healed by Jesus – continue to call for his crucifixion even though Pilate found him innocent?
The popular opinion of the day was for Jesus to become King. However, they weren’t seeking a King who was the Son of God and ruled for eternity or wanted the surrender of their hearts. They weren’t looking for a Savior for their souls, but a politician who would set them free from Roman rule. Additionally, the Pharisees and Sadducees couldn’t risk losing their own political power by crowning Jesus as king, so they bribed men to form a mob and back them in their plot to kill Him.

1) What is significant about verse 12?
C. Ryle makes a very apt statement: One common hatred binds them together. They hate the cross of Christ…All hate each other very much, but all hate Christ much more. (https://www.studylight.org/commentaries/ryl/luke-23.html#1)
Persecution of Christians continues to be on the increase, and is becoming increasingly harsh. One study noted that Christians remain one of the most persecuted religious groups in the world.” “Christians throughout the world continue to risk imprisonment, loss of home and assets, torture, beheadings, rape and even death as a result of their faith.” (http://www.christianitytoday.com/news/2017/january/top-50-countries-christian-persecution-world-watch-list.html)
We must realize that, as devoted followers of Christ, we are enemies of the world. We may seem fairly comfortable and secure but that could change in the blink of an eye. We should continually be in prayer for boldness, courage, and endurance for the battle. Let us lean heavily on the Lord to dispel any fear and let us keep the words of Paul in our hearts: “To live is Christ, to die is gain” (Philippians 1:21).

2) What was the motivation behind Herod’s desire to see Jesus?
Herod only wanted to see a miracle, to find out the “magician’s secrets.” Some people wanted Jesus to heal themselves, or heal their relative, or drive out demons…why do you or I want Jesus? Is it purely curiosity, or a means of getting what we need or desire – or do we seek him because he is the Word of God, the lover of our souls, the forgiver of our sins, our Good Shepherd, King of Kings and High Priest?

3) Why did the crowd – which included chief priests and religious leaders, and possibly even people who had been healed by Jesus – continue to call for his crucifixion even though Pilate found him innocent?
Religion can be a tricky thing. We may think that by attending church and following rules we are somehow gaining favor in the eyes of the Lord. But without a relationship – an intimate knowledge of Jesus as our Savior and Lord – it is purely ritual. God looks no more favorably on ritualistic religion than he does on our mowing the lawn….it’s just something we do because we have to. As evidenced in this narrative from Luke, as well as throughout history, good church-going people (yes, even leaders) can turn and do some wicked stuff. The world’s perception of people as “good” does not mean that they have a vibrant, growing relationship with the Lord which guides their every decision. Sisters, let us come to Jesus with our hearts wide open to Him and allow Him to shape us into our best selves for serving Him. Let us decide today to go beyond being a superficial Jesus-girl and instead invest ourselves in the hard work of learning and growing in our relationship with God.

Share your thoughts from today’s Journey Study!
Can we pray for you?
Sign up to receive every Journey Study!
Join the friends at the GT Facebook Community!

Thanks for joining us today as we journeyed into
Sketched III Week One!
Don’t miss out on the discussion.
We’d love to hear your thoughts!

Looking for other journeys from this theme?
See all past studies in Sketched III