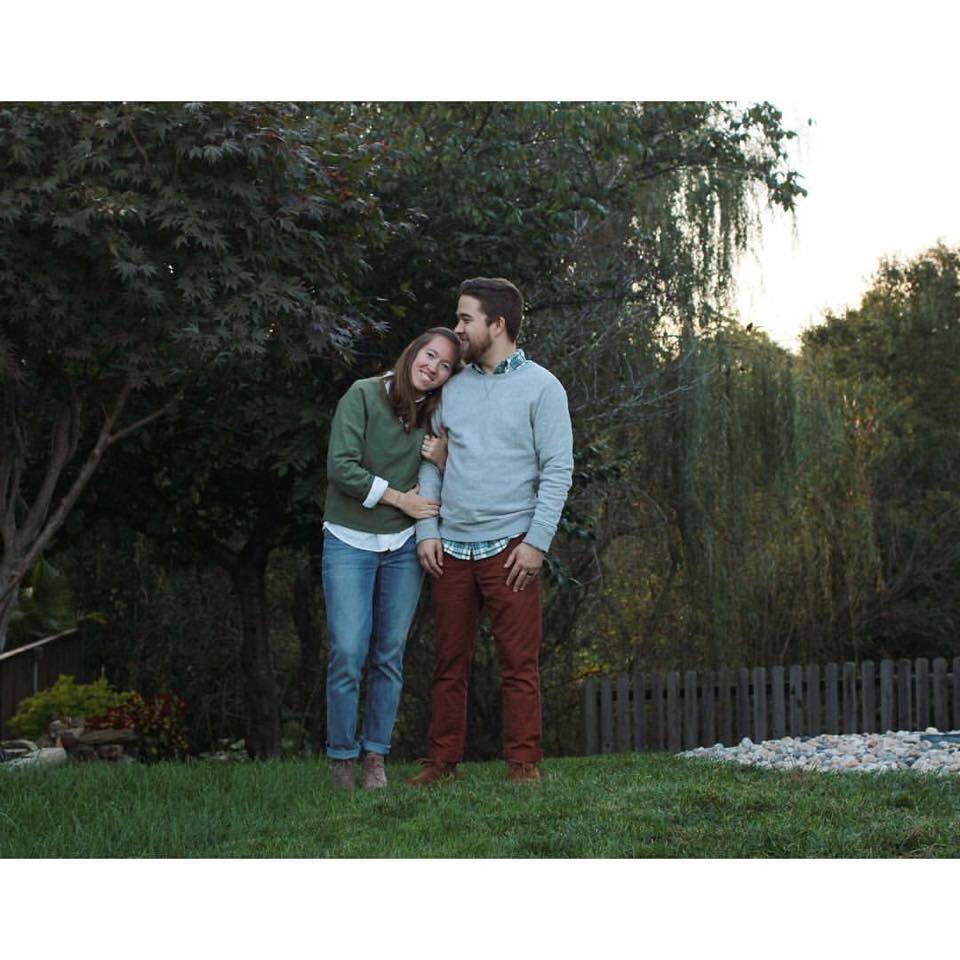 I was born in Carthage, Missouri, into a Christian home. My brother and I grew up attending church and seeing our parents serve together at church. Watching my parents, I learned to value family, as we were all close and did things together. My parents put us kids first, even to a fault. When I was seven, I accepted Jesus as my Savior and was baptized, but chose to be baptized again at 13 after I understood in a deeper way what it meant to publicly profess my need for salvation.

During this time and into high school, running cross country at school became an intense focus for me, possibly too much so. After a few years of running in high school, I injured my knee and had to have surgery. I struggled with no longer being able to run, but after a while, I decided to focus on growing in my relationship with Jesus.

After graduating high school I visited my aunt in Albuquerque, New Mexico and learned of a school of ministry nearby; I felt God calling me to study there. In 2008, I moved to New Mexico and shortly thereafter, I was accepted into the school. I spent the following year immersed in the study of God’s Word and His character. I made friends who loved God and built into me spiritually. In these friendships, God showed me the beauty of Christian community. They are some of the most intimate friendships I’ve ever had. Although many wonderful friends have come into my life since, I have struggled to find that same level of intimacy I had with that group in New Mexico. I’m learning that as much as I crave friendship, I need to put my focus on my relationship with Christ and trust Him for those close friendships.

While I was home for Christmas during my time in New Mexico, my dad announced to us that he no longer loved my mom and they would be getting a divorce.
This was heartbreaking and confusing to me!
I’m so grateful for my close friends and my relationship with Christ that helped me process that difficult time. I chose to focus on the fact that God is my Heavenly Father and He will always be there for me. With God’s grace and love, I have been able to forgive my dad for that decision.

As a final project for the school of ministry, I worked with a church planting team in Montana and felt God calling me to help one of the churches with their children’s ministry as I’ve always had a heart for kids. After completing school in the summer of 2009, I moved to Missoula, Montana and began serving the kids at Remedy Church.

The next summer I felt a pull to move back to Missouri, so I said my goodbyes in Missoula and headed back home, quickly finding a spot to get involved in children’s ministry again. I met some friends at church who invited me to come along to a weekly Monday Night Football gathering with some of their college friends. Monday Night Football became a regular thing that
fall, and while there, I met Lewis, who is now my husband. We were married in 2011, and together we moved to Springfield, Missouri.

In Springfield, we joined a small group of other young couples at church. We lived life together and talked about God’s Word together. We developed amazing friendships! Again, God revealed to me, this time as part of a married couple,
the wonderful blessing of community with close friends who are fellow believers.

In 2012 we learned that I was pregnant with a girl and Maggie came in January of 2013. Becoming new parents was a huge adjustment for both of us. Lewis didn’t seem prepared to be a dad and that created a lot of tension between us. We tried to live by the rule that God comes first, our marriage comes next, and then our kids. This was, and still is, difficult to follow, but keeping those priorities have helped us work through some of the difficulties we had as early parents. I try to be transparent about our early struggles as they may be an encouragement to other new parents.

After Maggie was about 18 months old, Lewis and I began praying about new job opportunities. We eventually set our sights on Kansas City and found employment here. In July of 2014, we moved to the north part of Kansas City. We drove past Pleasant Valley Church frequently and decided to go one Sunday. We fell in love with the people and chose to make it our home. That fall, we found a community group that we’ve been part of over the past three years. Again, I have made new friendships with women who have blessed my life in amazing ways. They’ve
supported me when in the hospital during complications with my second pregnancy. They’ve laughed with me, and been there in tough times to talk.

Through easy, good times and difficult, hard times, God has planted in me a heart for family, marriage, and community.
God designed our families,
and specially our marriages,
to be a reflection of His love for us, His church.
He designed His people to be in fun and challenging community with other believers!

Want to study with us? Sign up for daily Journey Studies!
Want to read more stories like Ashley’s?