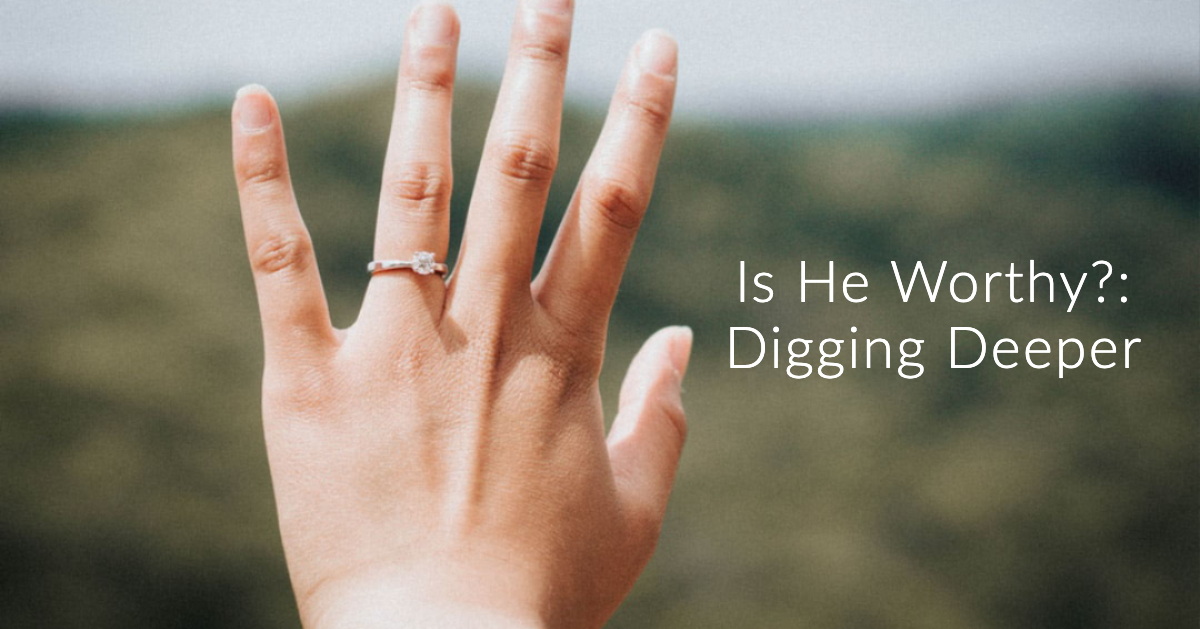 Yesterday’s Journey Study connects with today’s!
Check out Is He Worthy?!

1) Who is worthy and what makes Him worthy?

2) In these verses, why is Jesus referred to as both the Lamb and the Lion?

6 Then I saw a Lamb, looking as if it had been slain, standing at the center of the throne, encircled by the four living creatures and the elders. The Lamb had seven horns and seven eyes, which are the seven spirits of God sent out into all the earth. 7 He went and took the scroll from the right hand of him who sat on the throne. 8 And when he had taken it, the four living creatures and the twenty-four elders fell down before the Lamb. Each one had a harp and they were holding golden bowls full of incense, which are the prayers of God’s people.9 And they sang a new song, saying:

“You are worthy to take the scroll
and to open its seals,
because you were slain,
and with your blood you purchased for God
persons from every tribe and language and people and nation.
You have made them to be a kingdom and priests to serve our God,
and they will reign on the earth.”

1) Who is worthy and what makes Him worthy?
In Revelation, John writes in words what God visually showed him regarding His coming kingdom. In these verses, there is a scroll no one is worthy to open except One. John uses language that would have made clear sense to those reading his words to describe the One who is worthy. In describing Him as “The Lion of the Tribe of Judah” and “The Root of David”, the reader would have known John was describing Jesus. Expositor’s Bible Commentary tells us these descriptions were taken partly from the law and partly from the prophets, therefore anyone with knowledge of the Old Testament would have known exactly who John was referring to as the long ago promised Messiah. Verse 9 leaves no questions as to why He is worthy. He is worthy because “He was slain, and with His blood He purchased for God, persons from every tribe and language and people and nation.” He is worthy because of who He is as God the Son and what He has done by sacrificing Himself in our place!

2) In these verses, why is Jesus referred to as both the Lamb and the Lion?Scripture refers to Jesus as both a lamb and a lion. As a lion, we see Jesus in all His authority and power. While, as a lamb, we see the Servant who gave Himself up to death on the cross, a punishment He did not deserve, yet He took it on willingly like an innocent lamb.  The original readers would have been familiar with verses such as Isaiah 53:7 where Isaiah tells of the Lamb who would be led silently to slaughter. They would have also quickly called to mind the promise of the Messiah coming from the tribe of Judah and the line of David. In Genesis 49:9 we first see Judah referred to as a lion and John uses this same description of a lion in Revelation 10:3 to tie the two together in fullness. This connection shows readers that Jesus came to earth originally to serve and save creation as a lamb; when He returns He will return with all authority as the lion King He is.

3) What does the song in verses 9-10 mean?
This is a picture of what is to come in Heaven. Jesus came and shed His blood for all people, not only the Israelites. God gave John a glimpse into who is in Heaven and it went far, far beyond God’s chosen people during the Old Testament. Matthew Henry says, “Christ has redeemed His people from the bondage of sin, guilt, and Satan, redeemed them to God, setting them at liberty to serve Him and to enjoy Him.” Jesus came for all people, and all people will gather together in Heaven. Salvation is not only for the Israelites, but instead for anyone on earth willing to accept Jesus.

1) Who is worthy and what makes Him worthy?
Only Jesus is worthy because of who He is and what He has done. There exists none other who holds His qualifications. Jesus is the innocent Lamb who was slain for the forgiveness of our sins and for reconciliation between the Father and His children. He alone is worthy because He is God the Son! We shouldn’t quickly forget that while Jesus chose to come as a man, live on earth, and die for our sins although He never sinned, Revelation paints a much fuller picture of Jesus. When He rose again and ascended to the Father, He took back up all the rights He had set aside when He came to earth. He alone is worthy! He paid it all when we never could. Often, I think we, as believers, take for granted the sacrifice of Jesus. Revelation, and the picture God gave to John of what is still yet to come, wouldn’t matter to us if it weren’t for Jesus. He redeemed creation and made the way for our forgiveness and all that is still yet to come!

2) In these verses, why is Jesus referred to as both the Lamb and the Lion?
What an absolutely contradicting picture to call someone both a lion and a lamb! When we hear the word lamb we often think about a small, easily harmed animal unable to defend itself. While the word lion conjures up a strong, fierce animal clearly able to defend itself, holding its own against any enemy. To think of Jesus in both ways creates some struggle within us if we are honest. However, He is both the Lamb that was slain for our sins and the Lamb who humbled Himself and went to the cross on His own accord. He who shed His blood for us was put to death although He was innocent. On the other hand, in Revelation we see an image of a warrior who is coming back in all His glory as a fierce lion-like Victor who has already won the war!

3) What does the song in verses 9-10 mean?
Matthew Henry says, “But when the elect of God were made slaves by sin and Satan, in every nation of the world, Christ not only purchased their liberty for them, but the highest honour and preferment, made them kings and priests —kings, to rule over their own spirits, and to overcome the world, and the evil one; and he has made them priests, given them access to himself, and liberty to offer up spiritual sacrifices, and they shall reign on the earth; they shall with him judge the world at the great day.” Stop and think about that. We were redeemed from the hold of Satan, purchased by the very blood of Jesus and God chooses to not only see us as redeemed but to make us priests. What an incredible honor! Yes, we are to serve God as a result of our salvation, but we are given something greater than we could have ever earned. The best part is this gift of salvation is it is for everyone. It’s not just for the Israelites in the Old Testament, or the upper class, or the socially moral, but for all people from every tribe and language people and nation. This reality should excite and challenge us! There will be diversity beyond anything we could imagine when we are together in Heaven. This should also remind us of our job to share the good news of Jesus with everyone and not just those like us. Do we find ourselves staying within our circles of comfort, unconsciously keeping those who are different from us, far from us? All deserve to hear, and while none of us deserve the gift Jesus is giving, we are all offered it and called to extend it. Our job is to continue to share the truth of the Gospel with everyone, not only those we deem worthy. Jesus deems us all worthy of His gift of love and grace even in the midst of our sin and shame! Who will you intentionally share love with?!

What do YOU think?! Share Here!
Missing the connection to our other Journey Study?
Catch up with Is He Worthy?!

This is Worship VI Week One!
Don’t miss out on the discussion!
Sign up to receive every GT Journey Study!