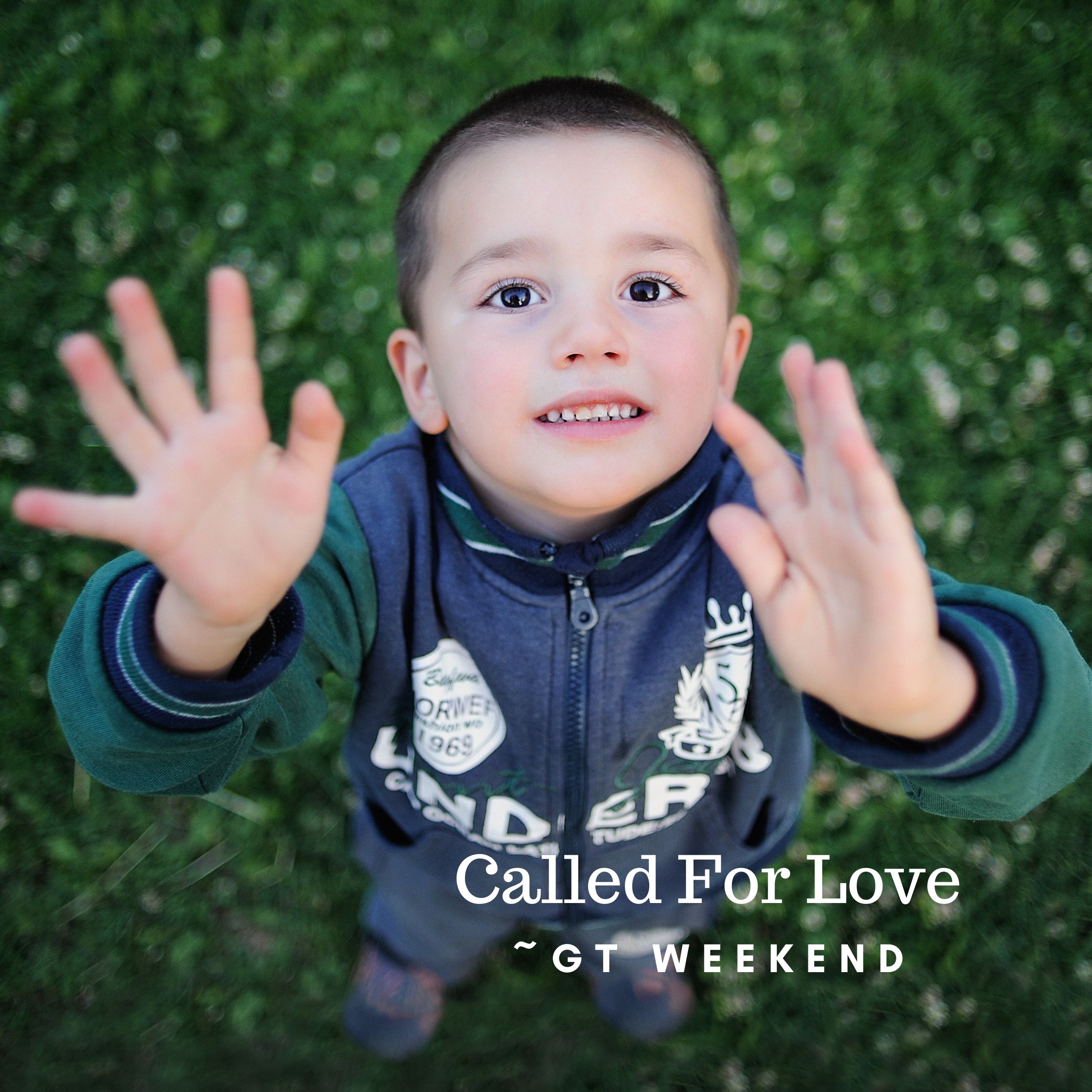 1) Deborah found herself in a position of power, leadership, and extreme influence. She did not ask for, nor was she seeking this position. Like anyone in leadership can attest to, positions such as Deborah’s are heavy. The potential for influence, whether good or bad, is significant. As you think through where you are in life right now, look through the lens of influence the Lord has given you. Many times, we don’t recognize the platforms we have been given. We can easily discount the relationships around us as being unimportant or we feel our influence is insignificant because we measure it by numbers. Whether you are a mother, a neighbor, a business woman, a grandmother, or a wife, your influence matters! God has given you your platforms as a means of preaching His gospel! How will you leverage your position to further His kingdom?!

2) Nicodemus came to Jesus undercover in the middle of the night so as not be seen by his peers. He had real questions about what it meant to follow Jesus, and he needed answers. What are the questions you have about faith? About God? What are your fears about following Jesus wherever He might lead you? Make some space today to write these out, even if it’s just for 5 minutes tucked away in your closet. The Lord loves your honesty! Maybe you are in a solid place with your questions, and you’ve already wrestled through your heavy thoughts. What are you doing with the answers and hope you have found? Are you available and intentionally investing in others who have questions? Make a list of people the Lord has given you connection with, pray about how to take next steps in investing spiritually with them!

3)  Loretta, a real overseas missionary, who has dedicated her entire life to telling other people about Jesus, began her journey with just one small step of obedience. God didn’t show up one day and ask her to move to a hut in Africa and eat rice the rest of her days. He had crafted her heart to fill a specific mission, and when He had led her heart to just the right spot of surrender, He began revealing his plan one small step at a time. It’s easy to look at the end of a picture and decide right away we can’t do that. But, suppose, like Loretta, God is calling you, but the picture He has in mind, is not what you fear? Suppose He knows your heart because He intentionally crafted it to live on mission for Him? Journal out your own prayer to God I honest transparency as you think about where He is leading you next.

Praying Scripture back to the One who wrote it in the first place is a great way to jump start our prayer-life! Pray this passage from Romans 10:1-2 back to the Lord and
let His Spirit speak to you through it!

Brothers, my heart’s desire and prayer to God for them is that they may be saved! For I bear them witness that they have a zeal for God, but not according to knowledge.

Prayer Journal
Father, my heart breaks when I consider those around me on all sides, everywhere I go, who do not know You. It’s easy for me to look at the outside, to see a good person, and make the assumption that they have a saving relationship with You. Even if I am only at home, my children, or neighbors are around me, who may not yet know the full glorious truth of the freedom and forgiveness You alone offer through the sacrifice of Your son on our behalf.  Help me to see with Your eyes. Teach my heart to be more sensitive to Your Spirit as You lead me to engage with others and speak intentionally of Your truth. Make me ready to speak and make my heart bold in Your love, not cowering in fear of people. Stir me to action for those who don’t know You, but who may feel they do because they are relying on their own good deeds to save them instead of Your complete righteousness. Open my eyes specifically to those You want me to invest in for eternity! 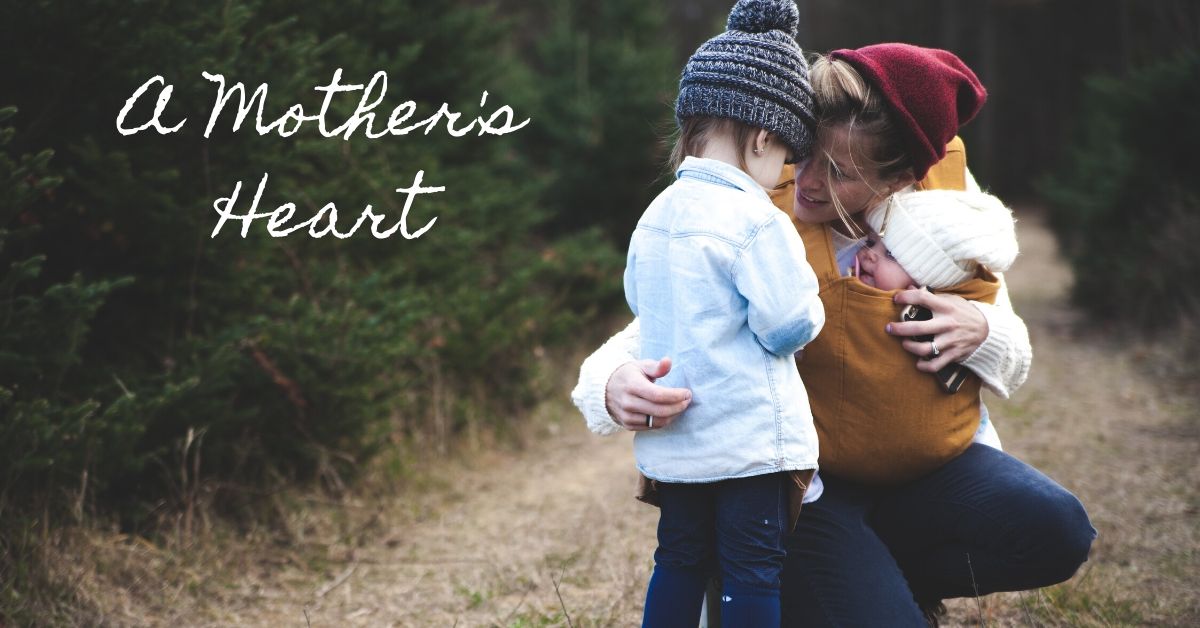 I took my seat beneath the palm tree. Its shade provided a bit of respite from the brilliant sun that would soon bake the ground around me. A slight breeze promised to be a welcome companion in the heat of the day, should it decide to stick around.

Another day fulfilling the mission the Lord has placed before me awaits. Already, those seeking help in settling their disputes climbed the hill to wait for the wisdom the Lord graciously pours out through me. My ability to discern His leading has become known throughout the land: I am Deborah, a prophetess. My dear husband, Lappidoth, has embraced the Lord’s touch upon me and supports my repeated trek to the palm tree. Each day sitting under the tree begins with prayer asking the Lord to impart His wisdom to me as I guide His people.

My arrival at this place of leadership can only be attributed to the Lord. Who was I, a woman living in the days of King Jabin of Canaan’s oppression, to serve as judge over Israel?   Twenty years had passed thus far under King Jabin’s mighty hand, miserable years under his domination. Thankfully, hope seemed to ride the wind.

Recently, I awoke with an awareness of the Lord’s desire to speak to Barak son of Abinoam. I sent word requesting his presence and spent several days watching the horizon for his arrival. A peace and preparation for the conversation to come settled on me as I waited, and somehow I knew Barak would join me before the sun set.

Therefore, I was not surprised when, mid-day, I saw his small traveling caravan crest the hill in the distance. As he approached, I sent a messenger to bring him directly to me, rather than wait with others seeking wisdom. The Lord had a message for Barak and obedience urged me to speak to him immediately.

When Barak stood before me, I spoke the words burning within me.

“Hasn’t the Lord, the God of Israel, commanded you:
‘Go, deploy the troops on Mount Tabor,
and take with you ten thousand men from Naphtalites and Zebulunites?
Then I will lure Sisera commander of Jabin’s army, his chariots, and his infantry
at the Wadi Kishon to fight against you,
and I will hand him over to you.’” (Judges 4:6-7)

My words carried a peaceful authority. I didn’t condemn, but made my point with a question whose answer we both already knew. The Lord had summoned Barak to confirm he was hearing His voice. I prayed my tone would help imbue him with strength and confidence to believe the Lord had chosen him for such a time as this. My mother’s heart desired to see Barak rise up as the warrior the Lord was inviting, declaring, and commanding him to be.

I looked at the man standing before me. The lines in his face were etched from time spent in the sun, and quite possibly from events he could no more erase from his mind’s eye than he could from his weathered skin. They spoke to me of a man who survived many hardships. However, his eyes communicated the fear of a young man longing to know he was not fighting alone.

I paused before replying, listening for the words and impression of the Lord’s heart to rise up within me. A yes but response solidified in my spirit and the words flowed freely from my mouth.

“I will gladly go with you,
but you will receive no honor on the road you are about to take,
because the Lord will sell Sisera to a woman.” (Judges 4:9)

I sensed I would not be said woman, but I also began to prepare my heart for all the Lord had in store. The Lord faithfully pours out His wisdom, discernment, and leading, but never had He painted the whole picture in one moment.

We journeyed to Mount Tabor and all the Lord prophesied came to pass. Sisera’s entire army lost their lives, and by the hand of Jael, wife of Heber the Kenite, Sisera met his ultimate demise. She used the tools in her hand to defeat Sisera and thereby fulfill the Lord’s word.

Barak and I declared the goodness of the Lord after He demonstrated His power and faithfulness to Israel once again. I found myself rejoicing over the mother’s heart the Lord had nurtured within me.

I was delighted by the way Barak embraced the command of the Lord to rally the troops, and the humility with which he accepted the Lord’s response to his request for my presence. Setting aside his pride, Barak accepted the reality of Sisera’s delivery into the hands of a woman, and praised the Lord.

Later, as I returned to my seat beneath the palm tree, my eyes scanned the faces of those waiting before me. A mother’s compassion rose within me and I spoke over them:

“Lord, may all your enemies perish as Sisera did.
But may those who love him be like the rising of the sun in its strength.” (Judges 5:31)

I motioned the first group forward and prayed for the Lord to encourage, empower, and edify them to complete all He has planned for each of them. For His glory.

Thanks for joining us today as we journeyed into Sketched VII Week Two! Don’t miss out on the discussion below – we’d love to hear your thoughts!

Looking for other journeys from this theme?
Here’s a link to all past studies in Sketched VII!