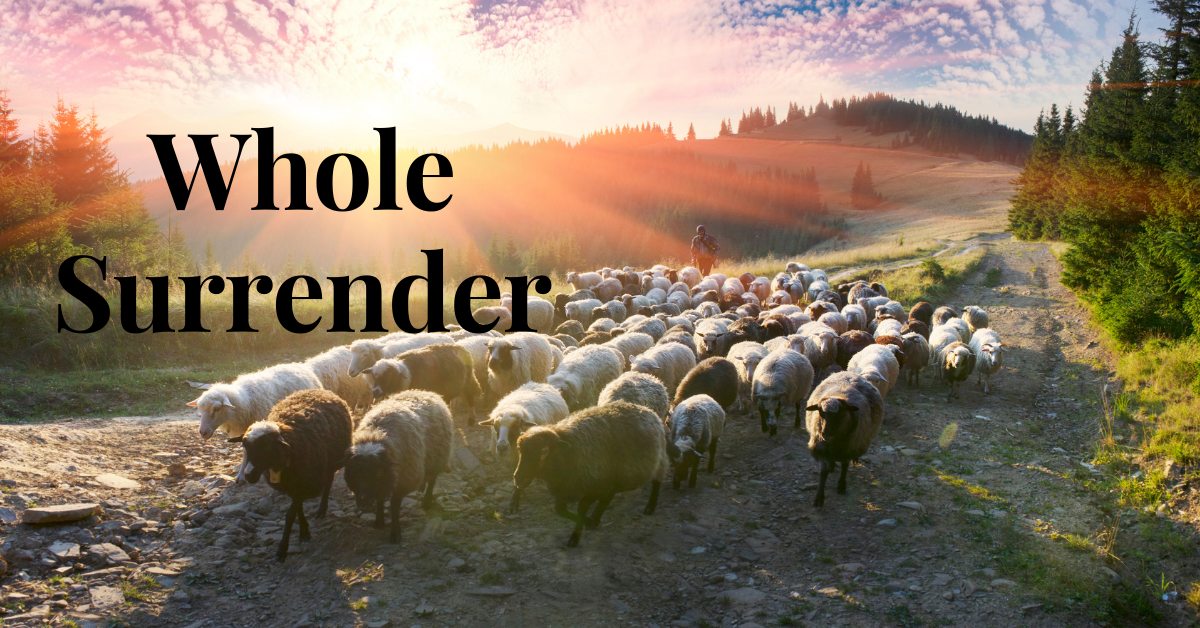 The experience of being turned away, excluded, dismissed, or unwanted.

Merely reading the description brings a swell of emotion, doesn’t it? We’ve all felt the sharp wounds of rejection sometime in our lives. We have experienced it at the hands of our peers, friends, and classmates. Worse, we’ve felt it from those we expect to love us best, our parents, siblings, our children, even our spouse. The closer the relationship, the more extensive the damage tends to be.

And it’s a double edged sword, isn’t it? Because when we are rejected, our deepest need to be approved and accepted is brought into sharper relief. The very thing we desire most is withheld from us, which leaves us feeling even smaller and needier, if possible. We waver between hurt that another could make us feel this way, and anger that we allowed ourselves to be so vulnerable. We’re left with an overwhelming urge to run and hide.

I remember it well. The defensive pull to withdraw from relationships and close ourselves off is powerful.

David, the shepherd boy-turned-king, was well acquainted with rejection. When Samuel came to his father’s home in search of the Lord’s next anointed king, David was literally the last to come to Jesse’s mind. As time went by, God made space for him in King Saul’s court to play his lyre when Saul was troubled, and he became Saul’s armor bearer.

However, when Saul’s army was camped out, hiding from the threats of the Philistine Goliath, David faced rejection again. His oldest brother, Eliab, grew angry at David’s bold words. He mistook the Holy Spirit’s stirring in David for arrogance, and threw his lowly status of shepherd in David’s face. Saul heard about David’s words and summoned him, only to serve yet another helping of rejection by pointing out David’s youth and inexperience.

But David persisted. Goliath fell, and God was glorified.

Those weren’t David’s only experiences with rejection. Repeatedly, he faced rejection from those he loved and led. Saul gave his daughter Michal to David in marriage, following his defeat of Goliath, but later did everything in his power to kill him. David’s men grew tired of running and hiding, and blamed him for the situation. They, too, wanted to kill him. He faced discouragement and isolation. David literally spent time hiding in caves from those who rejected him and wanted to murder him.

But still, he pressed on.

When we think about the rejection we have faced in our lives, it pales by comparison, doesn’t it? Few, if any of us, have experienced such significant rejection.

Yet, when we do face rejection, do we allow God to heal those places and persist in following His call? Or do we turn away from the illuminating light of revelation and attempt to nurse our wounds in the dark?

I know what my answer has been. I’m betting yours has been pretty similar, too.

So, what’s the difference between us and David?
“I’m no hero of the faith!”
We’re all thinking it.

Scripture tells us from the time David was anointed, the Spirit of God rested powerfully on him. Throughout David’s life, he wrestled with sin; he was a man, just like anyone else. But he was a wholly surrendered man. His heart posture was positioned to follow God, wherever He might lead. When confronted with his mistakes and sin, David was grieved. He acknowledged his sins against God, and he turned from his ways. Many times, David could have taken the reins and done what he thought was right. There were several opportunities when he could have simply killed Saul and taken the throne. He knew God had anointed him as the next king of Israel. No one would have blamed him; King Saul was murderous and deranged.

But David didn’t expect his God to serve and follow him. He served and followed his God.

Because regardless of the pretty words we use to talk about our faith, and regardless of anyone else’s perception of us, our response in the face of rejection reveals our heart posture, doesn’t it? If we do not press in to follow our Father in the face of rejection, we are seeking the approval and acceptance of others over our King.
When we try to fill our need with anything other than God, we aren’t following God at all.

Think about it. Think about the time you give to the Lord. Time in prayer, in relationship with Him. I’m not talking about what you “do” for Him. Do you give your time to the Lord? Do you serve and follow your God? Or do you do what makes you happy, and expect Him to fit in somewhere around the edges?

Do we really know what it means to be wholly surrendered, Love? Perhaps the greater question: do we even think it possible in this day and age?

Love, it is! But it’s not something we can manufacture in our own strength or willpower. It is only possible by the power of the Holy Spirit. The truth? It’s not something our human nature even wants. God Himself must instill the desire within us.

In the same way God turned David’s heart toward Himself, He can and will do the same for us, Love!

Heavenly Father, You are my King. I confess that I haven’t lived like it, but I want to change. Lord, change my heart, and give me a desire to live fully surrendered to Your will. I can’t do it on my own, but I know You can and will. Show me how to respond to You, every day. I love and praise You, only. In Jesus’ name, amen.

Thanks for joining us today as we journeyed into Follow Week Two! Don’t miss out on the discussion below – we’d love to hear your thoughts!

Looking for other journeys from this theme?
Here’s a link to all past studies in Follow! 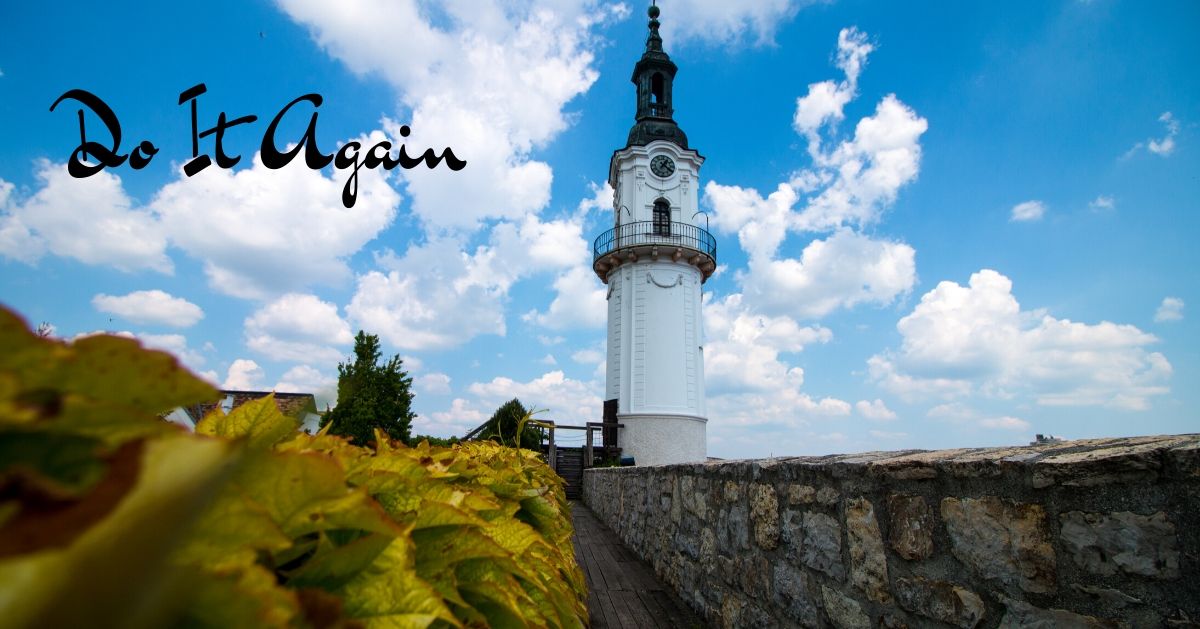 When I read the story of Joshua, it all seems so easy…

Admittedly, God’s instructions to Joshua and his army are strange…
march around the walls of Jericho once a day for six days
and seven times on the seventh day

But they’re clear and easy enough to follow.
What’s more, the outcome is entirely predictable.  As long as they demonstrate their faith by obeying God’s command, on the seventh day, “the city wall will collapse, and the troops will advance.”  (Joshua 6:5)

When I think about life today, it all seems much more complicated.
We all have situations where we would love to see God move in power like He did at Jericho. We have each had situations where we long for breakthrough, as we constantly circle them in prayer. Maybe we’re praying for healing or salvation for a loved one, seeking God’s wisdom about a major life decision, or coming to God with a long-held dream we can’t quite give up on despite the lack of opportunity for its reality.

Unlike Joshua, we often have no idea what the outcome will be,
or how long we will wait.

“Walking around these walls,
I thought by now they’d fall…
Waiting for change to come…”

It’s easy for the waiting to lead to discouragement.

Around five years ago, this all became very real to me as I prayed for a friend struggling with mental health issues.  After a couple years of battling with this, during which I’d been praying regularly, her condition seemed to be spiralling downward. As she began texting me late at night with graphic descriptions of her depressed feelings, I felt helpless. I knew she was receiving professional help, so all I could do was pray, and I believed God could help and heal her. Unlike Joshua, I had no guarantee of how God would answer my prayer, or what that answer would look like.

I came to realise my faith must be based on something deeper
than the miracle I hoped for.

Fortunately, while we have examples in Scripture of God’s miraculous power, we also have examples of people waiting and praying in desperate situations. We meet people longing for answers that are slow to come.

Jeremiah lamented over Jerusalem’s destruction and his people’s exile to Babylon. Abraham waited decades for the child God had promised; his waiting eventually reached the point where it seemed physically impossible to bear a child.
Shadrach, Meshach, and Abednego were thrown into the fire for no crime other than obedience to God.

Yet all these people managed to hold on to their faith in God by looking beyond their circumstances and focusing on His faithfulness.

Amidst the ruins, Jeremiah declared:
“Because of the Lord’s faithful love
we do not perish,
for his mercies never end.
They are new every morning;
great is your faithfulness!”  (Lamentations 3:22-23)

Abraham held onto hope even when his situation was hopeless, humanly speaking, because, “he was fully convinced that what God had promised, he was also able to do.”  (Romans 4:21)

Shadrach, Meshach and Abednego were bold in proclaiming their trust in God’s power and goodness, despite the uncertain outcome of their situation.

Each of these knew God’s faithfulness by experience and chose to put their trust in Him, just as this song declares:

“Your promise still stands
Great is Your faithfulness, faithfulness
I’m still in Your hands
This is my confidence, You’ve never failed me yet.”

In each case, the outcome was different, but the faithfulness of God
was exactly the same.

Shadrach, Meshach and Abednego experienced a speedy and miraculous rescue.  Abraham finally saw the fulfilment of God’s promise after years of waiting.  Jeremiah never saw the restoration of Jerusalem, though it did happen after 70 years just as Jeremiah had prophesied, because God is faithful.

How can we respond in our own situations where we long to see God move in power?

Tension exists between holding onto the solid hope that God is the same today as He was to Joshua, and that He is perfectly able to “do it again,” while also accepting God’s ways are not always predictable or understandable to us.

We’re called to have faith that God is able to move mountains, while we’re also called to trust in God’s faithfulness when the mountains fail to move exactly as we wish,
because He is always faithful to His promises.

We may not have the promise God gave Joshua that our walls will fall quickly and easily, but we do have several other promises, all rooted in His unchanging character.

Whatever our situation today, let’s choose to hold onto real, solid hope
and thank Him for His faithfulness!

Thanks for joining us today as we journeyed into Worship VI Week Two! Don’t miss out on the discussion below – we’d love to hear your thoughts!
Click the above image for today’s Digging Deeper!

Looking for other journeys from this theme?
Here’s a link to all past studies in Worship VI!