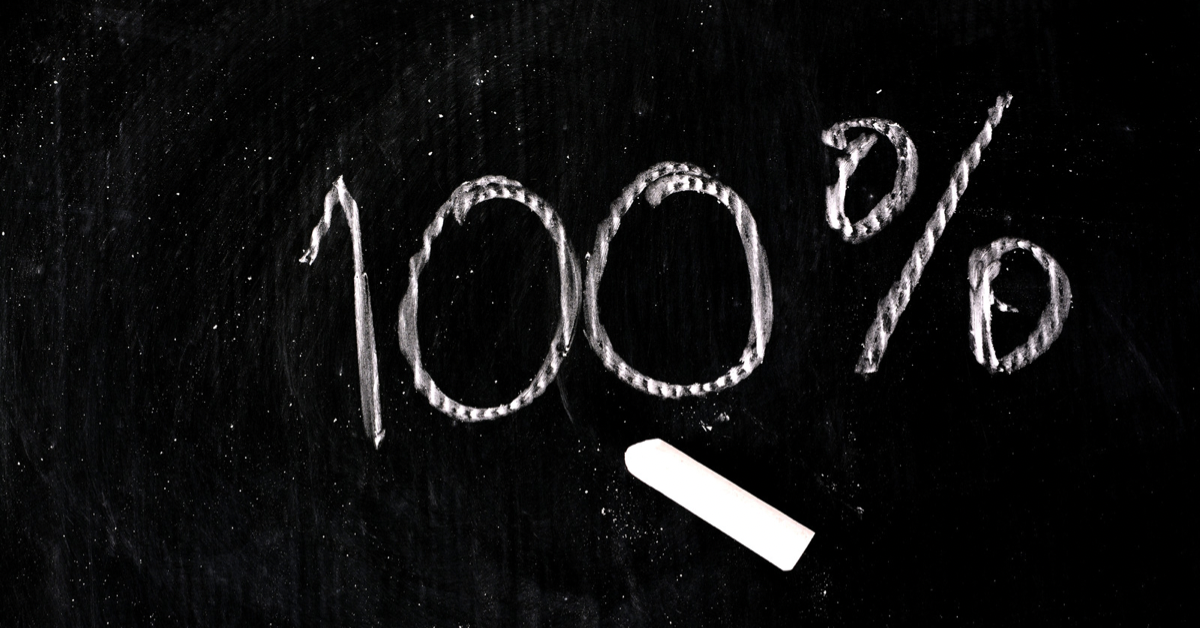 “Wow. Nothingness. That is a major card.”

I looked at the owner of the tarot cards with interest, wondering what he meant. He went on to explain how the card represented a shift in a person’s season of life, a time to be open to anything. The old passed away, and the slate was wiped clean for something new to happen.

My new friend cocked his head to the side, noticing my intrigue. He watched while I laid down one card after another. I was astonished by the idea these cards could somehow give a glimpse into my future.

I was halfway through college and in a life chapter where I didn’t know what I believed. After growing up in the church and spending six years at a private Christian school, I was disillusioned by what I saw. I wondered how people could call themselves believers in the one true God, and yet live lives that looked nothing like the Jesus I saw in Scripture. For example, I was horrified to learn of physical and emotional abuse within my church community. I also wondered why my efforts to meet an invisible standard left me feeling more tired than loved.

Instead of wrestling with God like Jacob in the wilderness, I ran. I created my own god of sorts, and tried to live a life that was good according to my own standards.

Seven years later, and less than a year into marriage, my husband and I moved to the other side of the country, away from the Bible belt where I grew up. It didn’t take me long to realize the dominant belief system in the area was completely different from what I knew, and it caused me to question once again.

What did I believe?
Could I isolate some parts of Scripture and believe those, but not others?

When I discovered we were expecting our first child, I was gripped by the need to find a firm foundation sooner rather than later. These weren’t just my beliefs anymore, but truths we would pass on to our firstborn. Even though I knew he would reach an age where he would need to discover who Jesus was for himself, I wanted to provide him with a solid place to begin.

Through God’s grace, we found a church where the Word of God was preached with boldness. Additionally, there were teachers who had spent years studying the principles found in Scripture.

I realized I could come with my questions, because the God I spent my childhood learning about was big enough to handle them. But I also saw, perhaps for the first time, that my questions didn’t have to stop me from trusting God’s Word. I could wrestle with my questions, and bring them before God and His Word, but I was still required to make a choice about the credibility of Scripture. If all of God’s Word was true, I realized I was held to His standard, whether I received the answers I wanted or not.

In the third chapter of John, we meet someone else with lots of questions. He comes to Jesus at night because he doesn’t want the Pharisees to see him with this mysterious miracle worker. As he presents his concerns to Jesus, you can almost hear the confusion and apprehension in his voice.

“‘How can anyone be born when he is old?’ Nicodemus asked him. ’Can he enter his mother’s womb a second time and be born?’” (John 3:4)

His name is Nicodemus, and even though he is a teacher, he has difficulty grasping what Jesus is saying to him. Be born again? What does that even mean?

Nicodemus walked away with more questions than answers that night, but Scripture indicates his journey to discover who Jesus was did not stop there. In chapter seven, we see him defending Jesus, and after Jesus’ crucifixion, Nicodemus pays his respects as they take down Jesus’ body for embalming.

Instead of letting his questions and confusion send him further away, Nicodemus allows his need to draw him closer to the heart of the Savior. And what he realizes is this: aside from Jesus, there is no other way. No life, no future, and no hope.

Like Nicodemus, we have a choice in our wrestling. We can come to Jesus, or we can search for answers in other places. But friends, either way, we will never have all the answers on this side of eternity. We must make a choice to not simply trust the parts of Scripture we like, or can identify with, but the whole thing.

All of Scripture is God-inspired, true, and holy . . . even when we don’t fully understand it.

Even when it’s hard, or challenges us, or convicts us.

Even when we have questions.

This is faith.
This is what it means to be a follower of Jesus.

After spending a year raising my newborn, I realized my questions couldn’t keep me from surrendering the whys to Jesus. So I came to Him with all of it, and I never looked back.

Thanks for joining us today as we journeyed into Questions 2 Week Two! Don’t miss out on the discussion below – we’d love to hear your thoughts!

Looking for other journeys from this theme?
Here’s a link to all past studies in Questions 2!