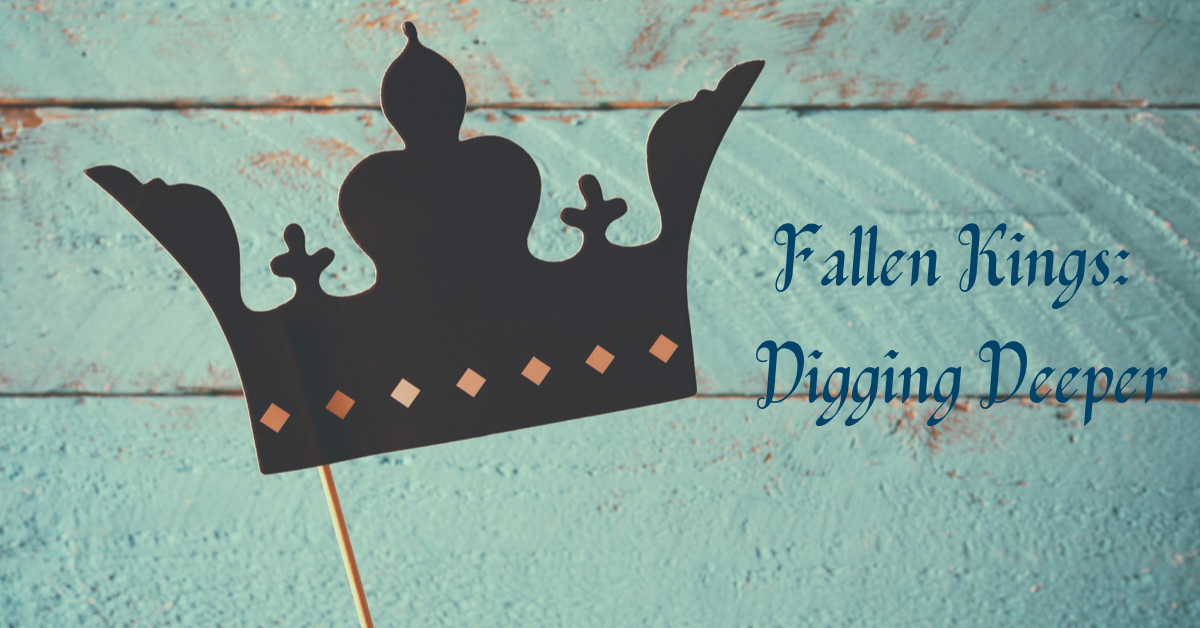 1) Why did Israel not have a king up to this point?

2) What had Samuel said that Israel refused to listen to?

3) Why did Israel want a king so desperately and why did God choose to give them a king?

19 The people refused to listen to Samuel. “No!” they said. “We must have a king over us. 20 Then we’ll be like all the other nations: our king will judge us, go out before us, and fight our battles.”

21 Samuel listened to all the people’s words and then repeated them to the Lord. 22 “Listen to them,” the Lord told Samuel. “Appoint a king for them.”
Then Samuel told the men of Israel, “Each of you, go back to your city.”

1) Why did Israel not have a king up to this point?
God instituted a covenant between Himself and Abraham long before these verses were written. This covenant was a promise to bring nations forth from Abraham and his offspring, and it was also a covenant to be their God. (Genesis 17:5-7) In Exodus 6:7, God told Moses the Israelites would be His people and He would be their God. The Israelites didn’t need an earthly king because they had God as their ruler. You’re likely familiar with the term, “democracy” as a rule by the people. Israel had a “theocracy” as a rule governed by God. Up until this point in Israel’s history God would send judges as needed to correct the Israelites when they rebelled repeatedly, but they had no need for a king. God was King. Israel was called by God to be a nation set apart from other nations (Leviticus 20:26) and the lack of a physical, human king was one aspect which separated them from other nations. God had not seen fit to provide a king because Israel did not need one.

2) What had Samuel said that Israel refused to listen to?
These verses follow a dialogue between Samuel and the elders of Israel. They had asked for a king and Samuel had warned them of the reasons they should not desire a king. 1 Samuel 8:9-18 reminds the Israelites what a king would take from them and what is owed to a king. Samuel also warned them that if they appoint themselves a king, there would come a day they would regret their decision and cry out to God, but He will not answer because of their decision to choose an earthly king over The Sovereign King. As verse 19 begins, the Israelites are disagreeing with Samuel’s reasoning and continue demanding a king.

3) Why did Israel want a king so desperately and why did God choose to give them a king?
These verses come toward the end of Samuel’s life. He has appointed his sons as judges over Israel. However, the elders of Israel knew that Samuel’s sons did not live as he did, or follow God as Samuel had. In response, the elders asked for a king. The elders even admitted they desired to have a king “just like the other nations”; they were bent on rejecting God as their king. (1 Samuel 8:1-8) The Israelites strongly wanted to be like everyone around them instead of following their calling to be a nation set apart for God’s purposes. Israel begs for a king as a result of allowing the world around them to have greater influence on them than God. Simply stated, they wanted what everyone else had, which had been a recurring problem for Israel since God rescued them from Egypt. Although God knew it wasn’t in their best interest, He allowed them free will and instructed Samuel to send the elders home until the time a king would be appointed. Even though a king was not what God desired for Israel at this time in history, He allowed it and even used it to teach Israel a lesson about worshipping Him and following Him over others.

1) Why did Israel not have a king up to this point?
In the United States we do not have a king. As a matter of fact, our country became a nation by people who left England and then fought a war to escape the king’s rule. Citizens of nations with Presidents living under democracies read passages like this in Samuel and don’t have the same understanding the first audience naturally did. God had set Israel apart to be different, and while none of us can claim our nation to be set apart in the same way (unless we are Israel!), God does set apart believers in the same way. There should be a noticeable difference between believers in Jesus and nonbelievers. We should ask ourselves if we are being transformed to the image of God or if we are allowing the world to transform us to their image. God desires for us to submit our lives to Him, looking more like Jesus and less like the world much like He desired Israel to live in submission to Him rather than to an earthly king.

2) What had Samuel said that Israel refused to listen to?
Samuel has just finished providing the Israelites with all the reasons they should not desire a king. However, they refused to listen and demanded a king anyway. How often do we behave in a similar fashion? God provides us with instruction that is best for us, and if we are listening to Him, leads us down the path He knows is right, but we think we know best and ignore God’s leading. We continue to demand our will instead of His, placing ourselves as our own king over His rightful rule. Sometimes we do this because we cannot see God’s plan and God’s path appears too difficult. Other times, we demand our will because we desire control or we feel we know better. In these moments, we behave just as the Israelites, refusing to listen to the wise counsel that truly is best for us.

3) Why did Israel want a king so desperately and why did God choose to give them a king?
Israel desired to look like the other nations around them instead of the set apart nation God had called them to be. They had lived under constant blessing and favor from God. He had rescued them from slavery and led them to a land of their own, yet God’s provision and faithfulness were not enough; Israel wanted more. Israel’s disobedience provides a lesson for us today. Just as the Israelites were in covenant with God, so are all who have surrendered to Jesus and trusted Him as their personal Savior. I appreciate the words of Expositor’s Bible Commentary, “But the lesson of the text is rather for those who have the favour and blessing of God, but are not content, and still crave worldly things. You are in covenant with God. He has redeemed you, not with corruptible things such as silver and gold, but with the precious blood of Christ. You are now sons of God, and it doth not yet appear what you shall be. There is laid up for you an inheritance incorruptible, undefiled, and that fadeth not away. Yet your heart hankers after the things of the world.” We are often drawn astray by the things of the world and we long for what God does not desire for us. Even in His sovereignty, He will allow us the free will of our desires and, just as He taught the Israelites a lesson by allowing them a king, He will teach us a lesson when we follow our earthly desires instead of His. God is a God who pursues us even in the moments we drift away. He will constantly teach us and pull us back to Himself because we have been redeemed by Him and He has plans bigger than ours for our lives.

What do YOU think?! Share Here!
Missing the connection to our other Journey Study?
Catch up with Fallen Kings!

This is Enough Week Two!
Don’t miss out on the discussion!
Sign up to receive every GT Journey Study!