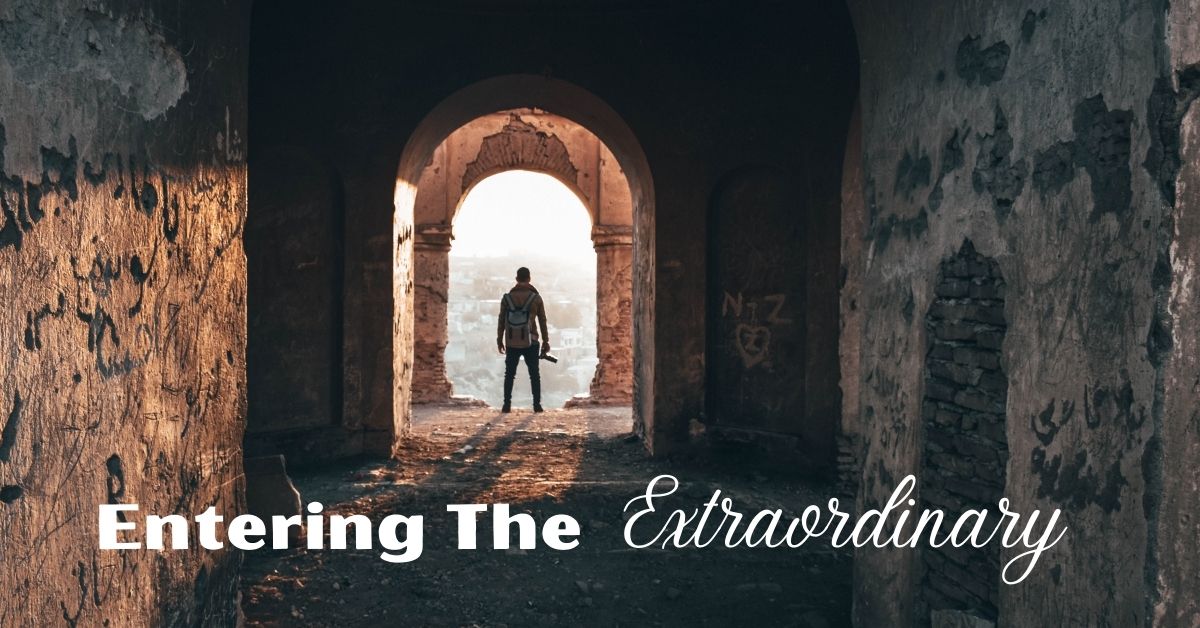 Voices mingled together and eyes turned toward one focal point as fingers pointed and fathers lifted small children to their shoulders for a better view. A voice interrupted everything, somehow arching above all the whispered talk circling around those gathered by the water’s edge. The rhythmic splashes of people being dunked beneath the water, only to rise again, punctuated his booming speech.

“Repent!” The voice called aloud.
“The Kingdom of God is near!”
Urgency undergirded every syllable, leaving a nearly tangible sensation ringing in the ears of all who heard.

Suddenly, like an electric shock wave, the wild man pointed a hairy finger and with unmistakable clarity, spoke in an awe that captured rapt attention,
“Look! The Lamb of God who takes away the sin of the world!”

Collectively, a gasp went up from the crowd as Jesus, the Christ, moved with purpose through the crowd. For the first time, the prophet’s voice trembled,
“I need to be baptized by You, yet You come to me?”
Jesus insisted, and joined the countless people humbled beneath Jordan waters and raised out, but as He did, the Spirit of the Holy God descended upon Him and the magnificent Voice of the Almighty echoed for all to hear, “This is my Beloved Son with Whom I am well pleased. Listen to Him.”

Stunned, the crowd slowly dispersed as Jesus slipped away into the growing evening. The events at the Jordan would mark each of them forever, but for Andrew, whose curiosity demanded more, the following day’s events would take him deeper. Was it happenstance that Andrew and his friend saw Jesus walking along the road the next afternoon?
Who was this man for whom the heavens opened?
What was His invitation?

As Jesus walked past the two men deep in discussion, they suddenly paused and exchanged glances. As if readily understanding the other, they swiftly moved in, surreptitiously following several paces behind Jesus. Sensing their presence, Jesus half-turned and asked with a wide grin, “What are you looking for?”

Insistent curiosity overcoming his stuttering tongue,Andrew stammered, “Oh! Rabbi! Well…”
“What he means is,” interrupted his friend, “Where are you staying?”

Jesus laughed and motioned with His arm for them to join Him. “Come and you’ll see.”

“May the god Marduk and the goddess Zarpanītu the queen, look with joy upon the work of my good deeds and order the prolongation of my days, and discuss my years to be many; may they decree as my fate the protection of my offspring, the increase of my progeny, the expansion of my family so that they branch out widely….” (Ancient Prayers to Marduk)

Abram mumbled the familiar words, as he had countless times before. The discontent in his heart grew stronger, reaching to his hands as he tightened them into fists. He had wealth. He had influence. Offspring he lacked, and his heart seemed to die within him more each day at this knowledge.

How tired he was of accruing good deeds. How weary he had become of returning to his tent each evening to look into the eyes of his bride, Sarai, knowing she felt useless without children. What more could he do?! What else could he sacrifice? Why would Marduk refuse him? The anger inside threatened to overtake him, and he quickly stood, as if trying to flee from himself.

“Abram, go from your land…”

The voice seemed to fill his entire being, yet cut right through him at the same time.
Abram sucked in his breath and every hair stood on end.

“… go from your relatives and your father’s house…”

In all his years of bowing and sacrificing to Marduk and the numerous other Assyrian gods, not once had Abram felt enveloped in this all-surpassing Presence. As Abram stood frozen in the moment, the Voice swirled around him, commanding his attention, yet without force or pressure, simply as invitation. As the Voice spoke, Abram felt alive as if for the first time. Hope was kindling in dead places within him.

Yes. Yes, I will go. Abram’s heart already beat with new passion. Joy gurgled up where anger had thrived. The more the Voice spoke, the more Abram knew he would never again bend his knee to Marduk. This invitation captivated the entirety of his being like nothing else.

Both Abram and Andrew were living ordinary lives, yet the God of the Universe met them exactly where they were with an invitation to enter into the extraordinary. The moment of decision was unexpected for both men, but for the One who called them out of their mundane and into purposeful living, it was perfectly timed.

Following the Lord often looks a lot more like waiting with expectation in our mundane than searching for signs in the sky. The Lord knew each man. He alone knew the deep longings in their hearts. And He alone knew both how to meet them, and when.

For Andrew and Abram, their humble acceptance of God’s invitation opened the door for much more than they dared hope or imagine.
God alone was more than enough for all their searching.

Jesus came to us without pretense, humbly submitting to the Father’s plan of sacrifice and through Him, the way was cleared for every heart to choose to follow. Whether you’re sitting at a crossroads of big life decisions, feel stuck in a place you never intended, or wavering at the threshold of total trust in Jesus or choosing to keep living life your way, the Savior invites all of us to humbly follow.

Trust His heart.
He knows where He’s leading.

Thanks for joining us today as we journeyed into Follow Week One! Don’t miss out on the discussion below – we’d love to hear your thoughts!

Looking for other journeys from this theme?
Here’s a link to all past studies in Follow!