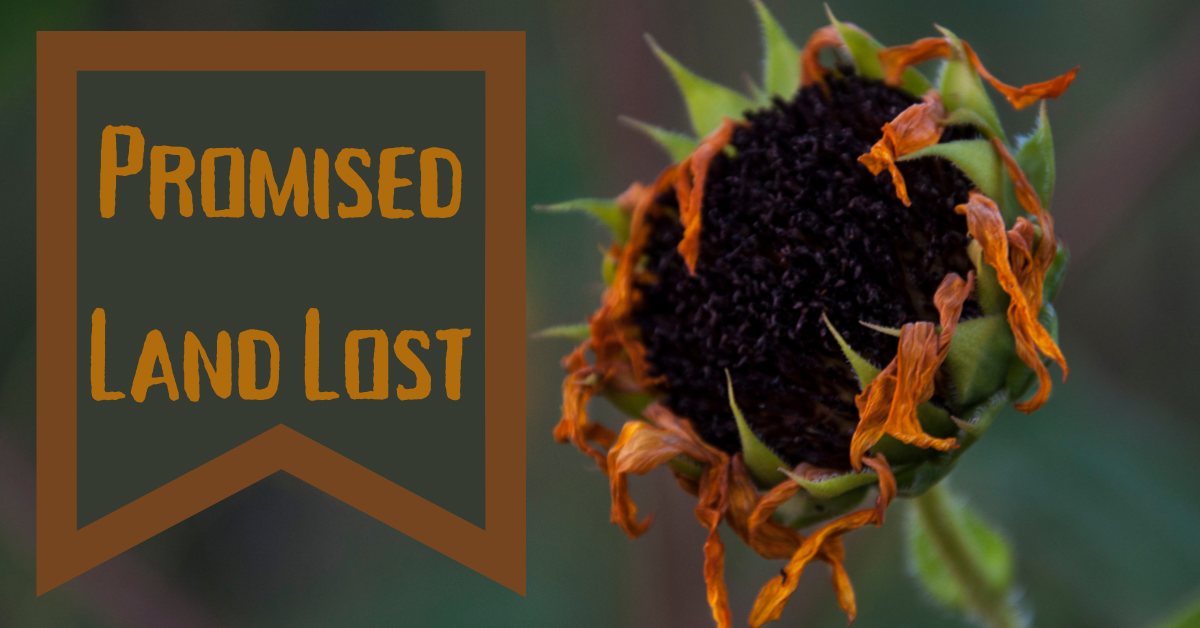 Have you ever rolled thoughts around in your mind, trying to sort them out? Almost like shifting the sides of a scrambled Rubik’s cube one way, and then another, until panels of solid color appear?

Last night, my thoughts were in just such a jumble as I’d begun praying over this Journey Study. My mind had verses, biblical concepts, and personal experiences scattered everywhere, and my heart cried out to the Lord for wisdom and direction.

Lord, what do You want to speak to me about promised lands? How are they connected to Your redemption story?

His answer arrived while brushing my teeth before bed. Oh, the Lord’s timing.

You’ve made an idol of your promised land.

My mental Rubik’s Cube clicked into completion, and I stared at myself in the mirror, all brushing ceased.
Toothpaste crept towards the corner of my mouth as the truth of His words echoed powerfully within me. I couldn’t deny it.

I’d been so focused on seeing His promise come to fruition that it had become an idol in my mind and actions.
I’d taken my eyes off the Lord.
Instead, setting them squarely on what I desired to receive from Him.
All without realizing it.

My body on autopilot, I finished brushing my teeth and climbed into bed. I lay staring at the ceiling, recognizing the proverbial ball was in my court in my conversation with the Lord.

Oh Lord, how did I get here? How did I take my eyes from You? I didn’t mean to. I thought it was faith to hold on to that promise so tightly.

The Israelites and their relationship with the literal Promised Land came to mind. They wandered in the wilderness for 40 years after doubting the Lord would give them the land. They doubted, even though He had miraculously freed them from slavery in Egypt, slavery that lasted 400 years.

Once they finally entered the Land God had covenanted to give them, their history became a tale of repeated rebellion, repeated reliance on self, and repeated failure.

My lips began to turn up as I remembered the self-righteous anger I felt when I first read and understood how the Israelites had so messed things up. Irony then flattened my smile as truth settled into my spirit: I had walked solidly in their footsteps.

The outcome of my sin was no different than the outcome of their sin, separation from the Lord. They failed to be obedient in settling their promised land, taking their eyes off of the Lord as Provider and Securer of their promise, instead relying on their own faulty ideas, wisdom, and schemes.

“Thanks, God, we’re good now,” I imagined them saying. “We’ve got our promise, and it’s enough. From here on out, we are enough.”

Similarly, I had so tightly gripped my promise that I exchanged it for the Lord.

“Thanks, God, I’m good now.” I recognized the echo of the Israelites in my own thoughts with sudden, gut-dropping clarity. “I’ve got my promise, and it’s enough. From here on out, I am enough.”

Ultimately, the Israelites’ promised land would be lost, forfeited in rebellion and self-aggrandizement as they turned their hearts from the Giver of their promise.

They rejected His leadership, demanding instead a human king, like the pagan nations surrounding them.
They rejected His words and murdered His prophets.
They reveled in what was abhorrent to Him, prostituting themselves and sacrificing their children to false gods.
While they occasionally repented and returned to the Lord, their devotion never lasted. The seeds of sin embedded in the core of human nature in the Garden always, always, called them back to their own way.

Always, always call us back to our own way.

And so the fulfillment of their promise was lost
through repeated exile, occupation, and oppressive foreign rule.

Thus, we are left with a loving and generous Father, who has stretched out His miraculous hand to provide for and guide His children . . . and His children, slapping His hand away and snarling as they huddle in fear and self-sufficiency and oh so ironic scarcity.

Us, slapping His hand away and snarling.

Where lies the road back to the Father’s embrace?
When we have embraced the darkness, from where will come our light and life and hope?

“Without You, what am I to myself but a guide to my own self-destruction?”
–St. Augustine, Confessions

Thanks for joining us today as we journeyed into Enough Week One! Don’t miss out on the discussion below – we’d love to hear your thoughts!

Looking for other journeys from this theme?
Here’s a link to all past studies in Enough!