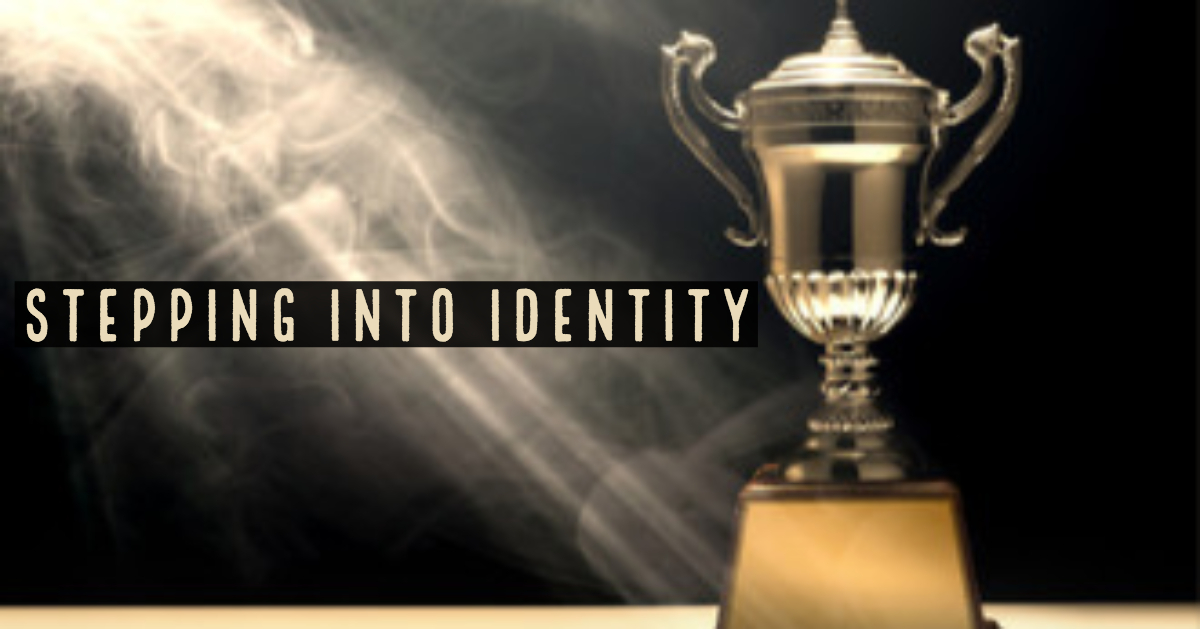 Have you ever seen one of those fundraisers where people pay a few dollars to take a sledgehammer and pound on a car destined for a junkyard? Strangely enough, this picture came to mind as I prayed about what to write. Ironically, that image has become a precious “trophy” in my mind.

Before you seriously begin to question how my brain is wired, let me take you back to one of the hardest seasons of my life.
(Feel free to question my wiring after that.) 😉

My senior year of college was a season of the sledgehammer in my life. After years of being an achiever, I suddenly found myself being told I did not measure up. In hindsight, I can see how so many different elements were in play:
lies of the enemy,
the reality of sinful people interacting (myself included),
and hard life lessons in general.

Regardless of the cocktail that led to the darkness of that year, I finished it battered in a way I had never experienced before. The majority of the hits centered around my identity.

Career
You will not succeed as a teacher.

Future
You’re graduating and have no set plans.

Home
Your family is in one state. You went to school in another. Uncertainty about where to live.

Relationship
You do not have a spouse or significant other.

I didn’t realize how so many of my identity markers were being removed in that season until I went to the wedding of a couple from my larger friend circle. At the time, my brother was dating a girl with my same first name. At the wedding, everyone began asking them when they would be getting married too. They all asked as though it were a foregone conclusion they would be the next couple to marry, and I suddenly faced the potential of no longer even having my name as part of my uniqueness. There would be another woman, in my family, with the same name.

Every major identity marker I could think of to distinguish myself to a new person felt like it had been pulled from my fingers. I remember telling my brother that very statement with tears streaming down my face. His response is forever imprinted on my mind and heart for I sensed both the love of the Lord and His reminder in his words. My brother replied that maybe, just maybe, the Lord had intentionally brought me to that place to prove that my identity is found in Him alone.

We were on the third floor balcony of a hotel and I distinctly remembering wanting to throw something off the edge when I heard those words, but I also felt all fight leave as well. This was truth spoken in love, and it became the foundation for such a grand adventure.

Large amounts of healing were still needed as I moved through that season, and I remember thinking my body and emotions had taken a beating (think fundraiser car with sledgehammer dents). However, I also recognized that my spirit and walk with the Lord had never been more alive.

The beating had left its marks, but I arose undefeated
for the Lord had carried me through it all.

In Scripture, Stephen demonstrated this reality long before my college experience, and His beating led to a literal death. His source of strength, however, shone through for the glory of the Lord. In Acts 6:8, Stephen is described as being full of grace and power evidenced through signs and wonders. He knew who he was in the Lord and he knew the Lord intimately. This was no mere acquaintance for whom he put his life on the line. Stephen’s source of strength resided deep within him and fortified his actions and faith.

So, my dear sister, while we may not walk the path of Stephen with the same level of physical persecution, we do face a daily choice to live from a similar place of identity and confidence.

What does that look like in your daily life?
What verses are imbedded in your heart and spirit that anchor your identity in Him?

I am forever grateful for the season of having my identity deconstructed,
for it challenged me to build on the foundation of Christ alone.
I still need to remind myself of this truth and rest on the promises of who I am found in the Word, but I live with a confidence that, regardless of the battles faced,
the Lord is faithful and true. Christ in me results in victory.

Live, dear sister.
Live as Stephen did.
Live in the fullness of Christ and who He created you to be.
Step into your identity in Him.
For that is truly living.

Thanks for joining us today as we journeyed into Seeds Week Two! Don’t miss out on the discussion below – we’d love to hear your thoughts!