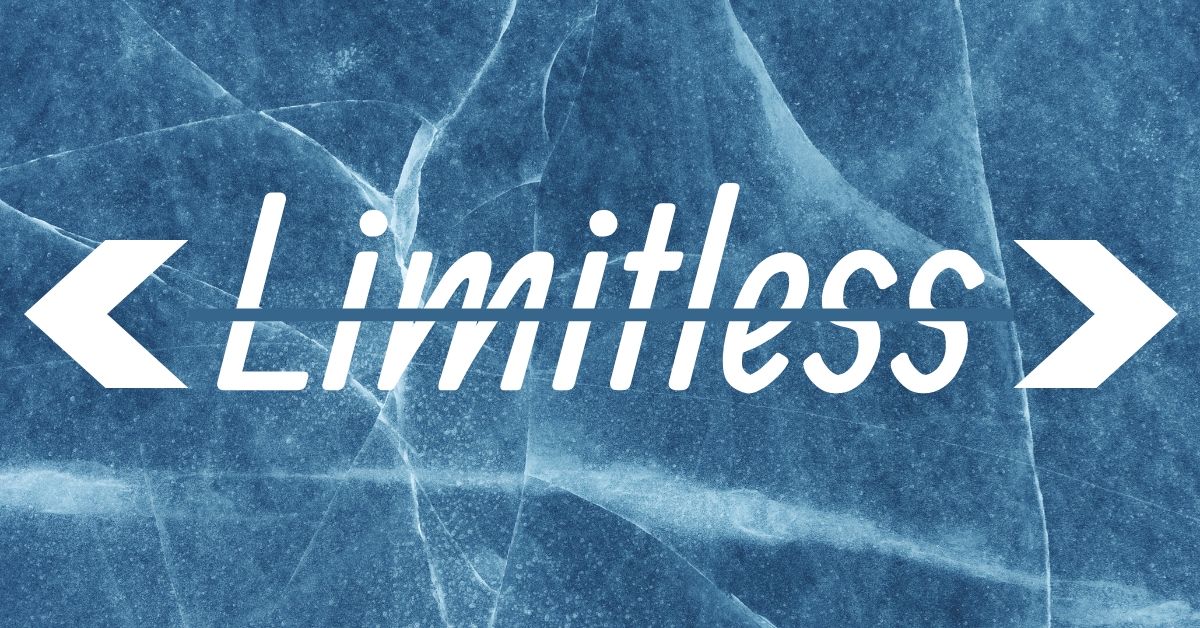 In the middle of my day, my conflict, my relationships, my marriage, my friendships, my worry, my mess, my inabilities, my weakness, it becomes apparent how limited I am.

How striking is the contrast Habakkuk paints of our God!

As you dig into today’s passage and write it down, word-for-word, be intentional to slow your heart. Breathe deeply. This is the Word of the Lord to your heart for your everyday!

There is no power beyond God’s abilities to apprehend and overcome. There is no wisdom wiser than His. No authority above His. Nothing escapes His sight, His understanding, or His knowledge in how to bring about victory in it.

He is the Lord.
He is limitless.
How does this affect your view of your own messy everyday and your weaknesses?

For more sweet passages describing God’s ultimate power and authority over all things, check out Psalm 18 and Romans 8!

Rest assured, there is no distance the Lord is not willing to go to rescue your heart!

1) Be a scribe and copy the precious words of Scripture down word for word. Make space in your journal to write down every word of Habakkuk 3:7-15 today. As you copy, lookup a cross reference or two as you come to them (they are the small letters next to certain words in your study Bible or online at www.biblia.com). As you write, consider the limitless power and authority of our God! He is near, He is not far. He sees all, and He will most assuredly bring justice, and He will defend and guard His own people who call upon Him for salvation. Which verse stands out to you as being especially for your heart as a message from God?

2) Choose one of these options to live boldly with authentic honesty in biblical community. As we grow deeper in God’s Word, the Lord designed us to share and grow with others walking alongside us.
a) Take a photo of your journal time this week and share it, or share a quote from it.
b) Do a Facebook Live on the GT Community group and share how God has been working in you.
c) Leave a comment here about it.
d) Share something God has been showing you in a comment at the GT Community Group
e) Plan a coffee or lunch date with a friend and share what you’ve been learning and soaking in as you have hit Pause.
f) Write a note of encouragement to a sister who has been through the nitty-gritty of real life with you. Let her know how deeply she has impacted your walk with Christ.
g) For some of us, having a “2am friend” to build biblical community with is a new concept. If that’s you, this is an exciting, fresh place to be! Connect with our Facebook Community, send us an email, reach out to your local church body, seek out a small group and plug in!

7 I see the tents of Cushan in distress;
the tent curtains of the land of Midian tremble.
8 Are you angry at the rivers, Lord?
Is your wrath against the rivers?
Or is your fury against the sea
when you ride on your horses,
your victorious chariot?
9 You took the sheath from your bow;
the arrows are ready to be used with an oath. Selah
You split the earth with rivers.
10 The mountains see you and shudder;
a downpour of water sweeps by.
The deep roars with its voice
and lifts its waves high.
11 Sun and moon stand still in their lofty residence,
at the flash of your flying arrows,
at the brightness of your shining spear.
12 You march across the earth with indignation;
you trample down the nations in wrath.
13 You come out to save your people,
to save your anointed.
You crush the leader of the house of the wicked
and strip him from foot to neck. Selah
14 You pierce his head
with his own spears;
his warriors storm out to scatter us,
gloating as if ready to secretly devour the weak.
15 You tread the sea with your horses,
stirring up the vast water.

How Does “Pause” Work?
1. Each day, Monday through Friday, for 3 weeks, we will provide you with an invitation to get away with the Savior. Each one is designed for you to engage with the Almighty in a deeper way and perhaps in a new way than you have been recently.

Thanks for joining us today as we journeyed into Pause IV Week Three!
Don’t miss out on the discussion below – we’d love to hear your thoughts!

Looking for other journeys from this theme? Here’s a link to all past studies
in Pause IV! 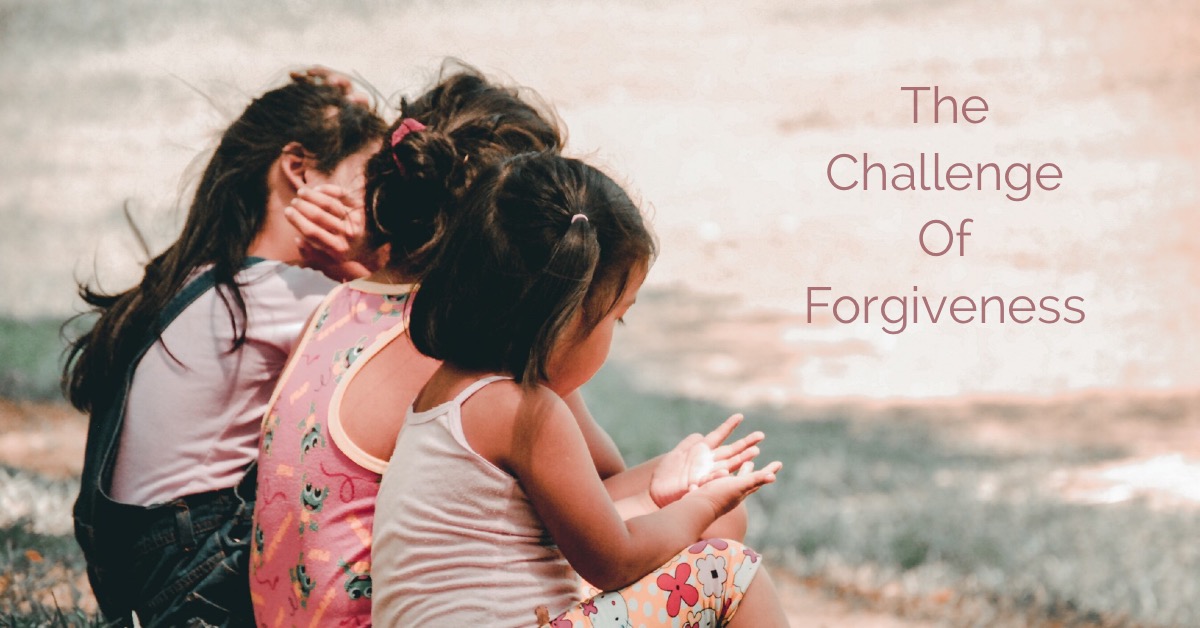 I don’t know about you but, while I like the idea of forgiveness,
I find it challenging at times.

“Forgive us our debts as we also have forgiven our debtors,” is one of those prayers where the words are easy to say, but it’s much more difficult when we stop and think through what it actually means.

A while ago I realised I was struggling with un-forgiveness towards someone.  It surprised me because I’m not usually one to hold a grudge and it wasn’t a massive offence but, in this instance, I was angry.  It annoyed me that the person didn’t even seem to have noticed the issue until I pointed it out. Then, their apology, when it finally came, seemed half-hearted. They didn’t seem to grasp the seriousness of what they had done or how it had hurt me.
Just saying sorry didn’t make it all okay.

I was complaining to God about how unfair it all was when I had a second moment of realisation: isn’t that exactly what I often do to Him?

How many times do I do things that hurt Him, but don’t even notice?
How often are my apologies to Him half-hearted, taking His forgiveness for granted?
Do I really grasp the seriousness of sin and its consequences?

In those moments I’m grateful that God doesn’t forgive me the way I sometimes forgive others. His forgiveness is complete.
He doesn’t bear a grudge against us.
He takes our sin and removes it “as far as the east is from the west.”  (Psalm 103:12)

I’m grateful that His forgiveness isn’t limited,
instead He continues to forgive over and over again.
Jesus says in response to Peter’s question,
“not as many as seven times… but seventy times seven.”  (Matthew 18:22)

Incidentally, I don’t think Jesus is suggesting a literal limit of forgiving 490 times.
By that point, we would probably have lost count!
I think His point is we should keep on forgiving.

This doesn’t mean it’s easy!
Especially where the consequences of the sin have been more serious.
When we’ve been wounded deeply.
Where we have lasting scars.

In Matthew 18, Jesus shares a parable. A servant is in debt to his master, and it is a massive debt, one that he will never be able to pay.  To the servant’s amazement, the master shows mercy and cancels his debt!  You would expect the servant to be grateful, but instead he goes out and finds another servant who owes him a small amount of money and, ignoring the man’s pleas for mercy, throws him into prison until the debt is paid.

The servant’s behaviour seems crazy!
How can he continue to pursue such a small debt when he has been forgiven so much?

I admit though that I used to struggle with that story.

Finally God opened my eyes to the truth:
My debt was a massive one.
Not because the things I had done were terrible by human standards,
but because they were against Him, the holy and righteous God.
It was a debt I could not pay.

No amount of good deeds or hard work would balance the books in my favor.
There was nothing I could do to make it right.
My situation was just as hopeless as the servant’s in the story, and I needed God’s mercy.

Fortunately, that is exactly what He offers!
John writes, “If we confess our sins, He is faithful and righteous to forgive us our sins and to cleanse us from all unrighteousness.”  (1 John 1:9)

If I really understood this mercy,
and took hold of it,
I had to offer the same mercy to others.

I realised that forgiveness is not denying the hurt, or saying that it didn’t matter,
rather it’s handing it over to God and letting Him be the judge.
Forgiveness is trusting Him to deal with the sin against me instead of trying to make it right by myself.

I found that forgiveness was a process.
It wasn’t something that happened all at once,
but over a period of time I was able to let go and truly forgive.

The good news is that we don’t need to do it by ourselves.
God gives us His Spirit to help us.
As we grow in Him, “as God’s chosen ones, holy and dearly loved,” (Colossians 3:12)
we understand His forgiveness more deeply,
through which He equips us to follow His example and extend that same forgiveness to others.

Let’s choose together to forgive as we have been forgiven!

Thanks for joining us today as we journeyed into Prayer Week Two! Don’t miss out on the discussion below – we’d love to hear your thoughts!
Click the above image for today’s Digging Deeper!

Looking for other journeys from this theme?
Here’s a link to all past studies in Prayer!