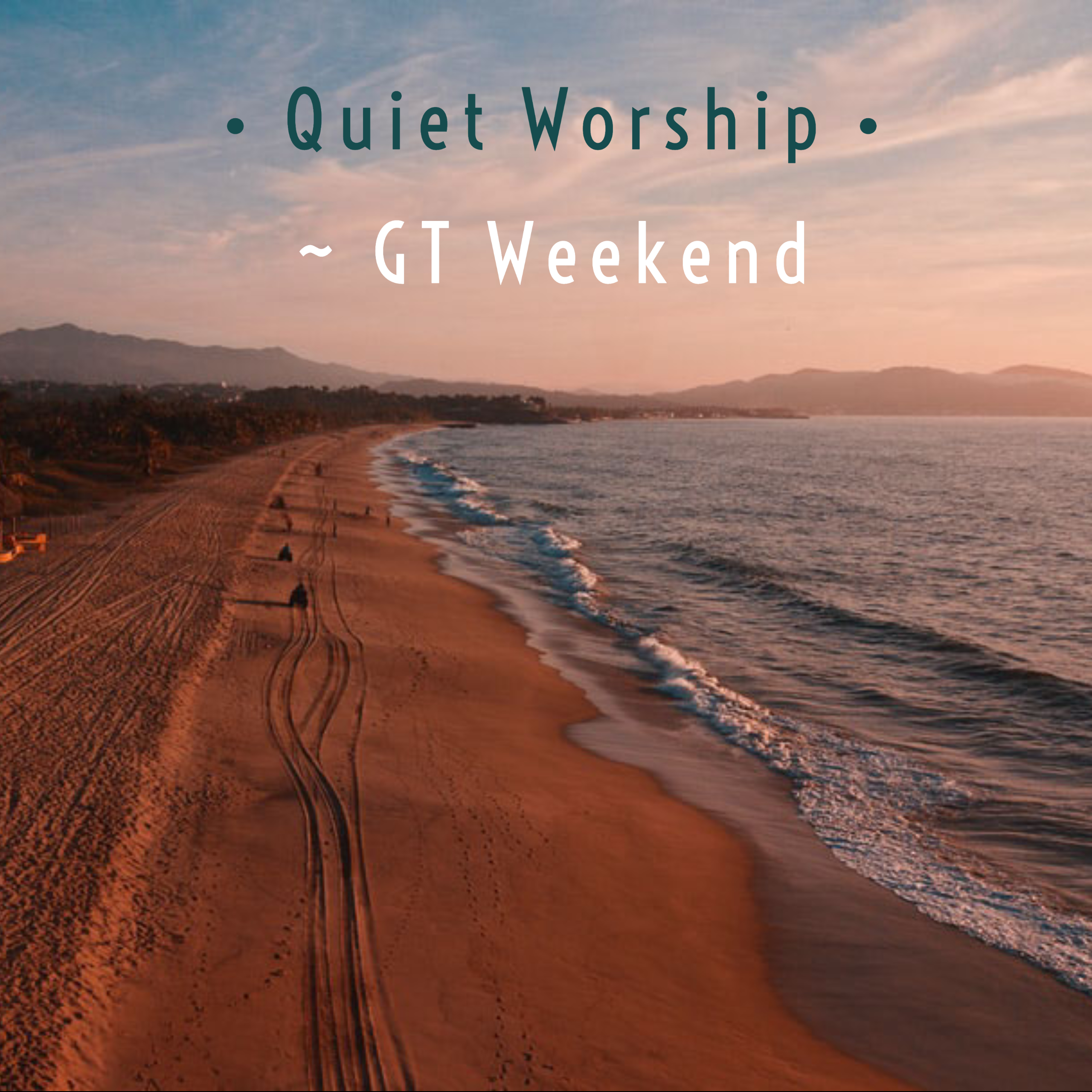 1) The disciples were undoubtedly filled with fear and confusion unlike anything they had experienced before as they sat with the Lord Jesus in the Upper Room, doing familiar actions, singing familiar hymns, but everything was different in deep ways. When have you felt something similar? Maybe it was a family tragedy. Maybe it was finding yourself caught in the quicksand of a relationship spinning out of control. Maybe it was discovering a serious health issue or uncovering a painful deception. For the disciples, Jesus was turning their worldview upside down, doing the very thing they expected to be the end of them and of Him. But His purposes were far above theirs, and as they kept walking forward in faith, trusting Him even when they couldn’t understand, they would see how He would turn death into life. Remarkable! This portion of the Hallel called for the disciples to bless the Lord, despite their dire circumstances. Where is the Lord calling you to do the same? Commit to blessing the Lord, praising Him, and choosing to trust Him regardless of your situation.

2) That last Passover with the disciples was fraught with intentional forethought that had begun centuries before by the very same God who now sat at the table with 12 men. Unfathomable!! Jesus Himself even said He had long waited for this moment with anticipation. Finally, the fulfillment of so much was unfolding! Jesus was about to make things new. He was taking an Old Testament understanding of the covenant and allowing it to give birth to a New Covenant. One where animal sacrifices would be overtaken by the perfect sacrifice for sin across all of time and covering all of sin, God Himself. Yes, the price was far beyond our ability to even begin to comprehend. Yes, the darkness of those three days in the grave would leave the disciples spinning with uncertainty and fear. BUT. All would be made new as Christ’s victorious life was given in exchange for our sin! Take time to journal your thoughts on this act of incredible love and mercy that far exceeds our ability to express. Sit. Worship. Adore. Lift hallelujah for the Lord of Life and Love!

3) Sarah made it clear in yesterday’s Journey Study that Christ had come with clear purpose, to be the Passover Lamb. Every year, Jews were required to slay a lamb with spot or blemish to cover over their sins, making atonement to the Most Holy God. Though Scripture teaches that without the shedding of blood, there is no forgiveness of sin (Leviticus 17:11, Hebrews 9:22), it also teaches it is impossible for the blood of animals to effectively take away sin. (Hebrews 10:4) A perfect sacrifice was needed. One that was so effective it didn’t need to be repeated every year. Christ was perfect as He lived out our human life, wrapped in human flesh, but did it all without even one sin. Then He, who deserved no punishment, chose to take our death and separation from God upon Himself. He was the sacrificial lamb given on our behalf. Are you relying on your own good works to give you access to a good standing with God when only one, perfect sacrifice will be accepted? Choose to be covered by the blood of the Lamb, and spend your every breath praising Him for this radical gift of love!

Praying Scripture back to the One who wrote it in the first place is a great way to jump start our prayer-life! Pray this passage from Psalm 115:9-11 back to the Lord and
let His Spirit speak to you through it!

Prayer Journal
Trust. Help. Shield. Trust. Help. Shield. Lord, how often I look to the strength of my own hands or to my own ingenuity or even, oh Lord, to other people of influence in my life in order to solve my problems. Father, remind me of these three powerful words and turn my heart back to being fully focused on You alone. Teach me not to wander. Pursue me, and may I quickly learn to return. May I choose to trust You over and over for every situation, big or small. You alone are my help and my shield, oh Lord my God! 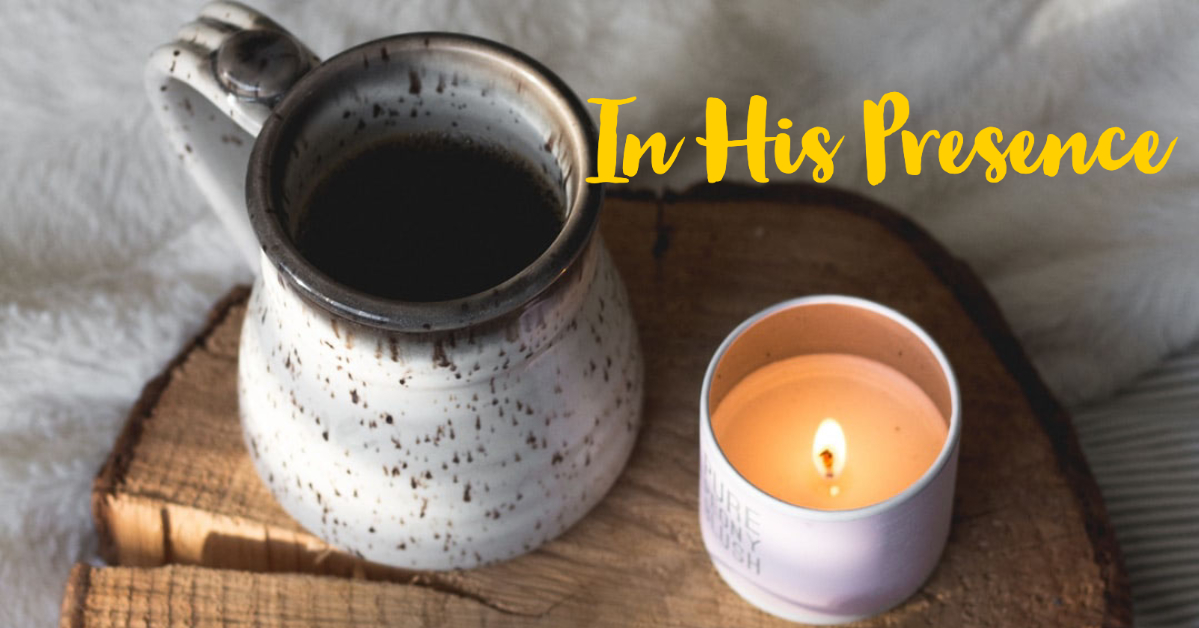 When Israel came out of Egypt
The house of Jacob from a people
Who spoke a foreign language
Psalm 114:1

Peter: I could feel the gruffness in my voice, as the chilled air lodged in my vocal chords, but still I sang … I sang with my brothers, and with Jesus as we sat together in the Upper Room, the smells from dinner still wrapped around us.

“When Israel came out of Egypt,” I thought, “freedom. Freedom for my ancient fathers who were slaves for four hundred years. Freedom, only from Yahweh.” It’s what we’d been celebrating with our Passover meal, remembering the night our ancestors were freed from bondage.

I thought of the ancient tabernacle, and the temple here in Jerusalem where Jesus taught. I remembered witnessing Jesus cleanse the temple shortly after I began following Him. The temple had become a place of business instead of worship, and Jesus drove out the money changers and animals from the dwelling place of God. (John 2:13-17)

Jesus: His Sanctuary, His dominion. Our will from the beginning, Abba, has been to dwell among Our beloved children, so they would not walk alone.

In the Scriptures, specific building instructions were given to Our people for the tabernacle so We could dwell with them.

Then the Father sent Me to live and dwell among Our people, and to fulfill the great rescue plan in motion since sin first entered this world.

Soon, the Spirit will be living and dwelling among and within Our people (John 14:26)…

“The sea looked and fled;
The Jordan turned back.
The mountains skipped like rams,
The hills, like lambs”…
(Psalm 114:3-4)

And now, our people cannot have access to the Father alone. They need a Savior in order to cross over Jordan into the Promised Land of life eternal.

Peter: My eyes were fixed on Jesus, who sat with us; His eyes deep and reflective, but lost somewhere else. He was with us, yet He wasn’t. I could almost see the words we were singing penetrating His soul and I wondered what He was thinking.

I thought of the Red Sea my forefathers crossed only because Yahweh parted the waters and made the earth completely dry. As the former slaves walked through the parted sea, they looked back and saw their Egyptian pursuers stopped first by fire, then by water. (Exodus 15:4)

Then I thought of the Jordan River, crossed many years later by the next generation of Israelites as they finally stepped into the land promised to them by Yahweh. They already possessed the Ten Commandments, which they had not kept, and yet the Lord allowed them to cross the Jordan just as they crossed the Red Sea, with water parted before them (Joshua 3:13-17).

Imagining His thoughts matched my own, I continued singing along …

“The seas must have fled, the Jordan must have turned back, the mountains must have skipped because creation obeys its Creator,” my scattered thoughts come together as I sing a little more loudly, a declaration mixed into the questions asked in this psalm.

“Why? Because all of creation must bow to the Creator. To Yahweh. To Jesus.” I look back at Him, with a deep stirring in my heart. This man whom I’ve called friend, who has been patient in my bluntness, gentle in my lack of faith, and who changed my name and told me to follow Him.

Even still, He tells me I will deny Him, but how could I? This man to whom creation bows? My Lord?

Jesus: Why? Why did the sea flea? The Jordan turn back? The mountains skip?

Jesus Christ.
The Messiah.
Here, before me.
Whose voice I can hear rising above my own. My voice fades as I grasp the full enormity of the words I’m singing.

Tremble at the presence of God. He’s here. Before me. With me. Right here, right now.
Tremble.

Jesus: As Abraham struck the rock and water poured out, I can feel the Father speak to me.

Peter: “Jesus is here. He’s here and He is with us.” As the song ends, we allow a few moments of quiet to lapse before we begin singing the next Hallel . . .

Thanks for joining us today as we journeyed into Hallel Week One! Don’t miss out on the discussion below – we’d love to hear your thoughts!

Looking for other journeys from this theme?
Here’s a link to all past studies in Hallel!