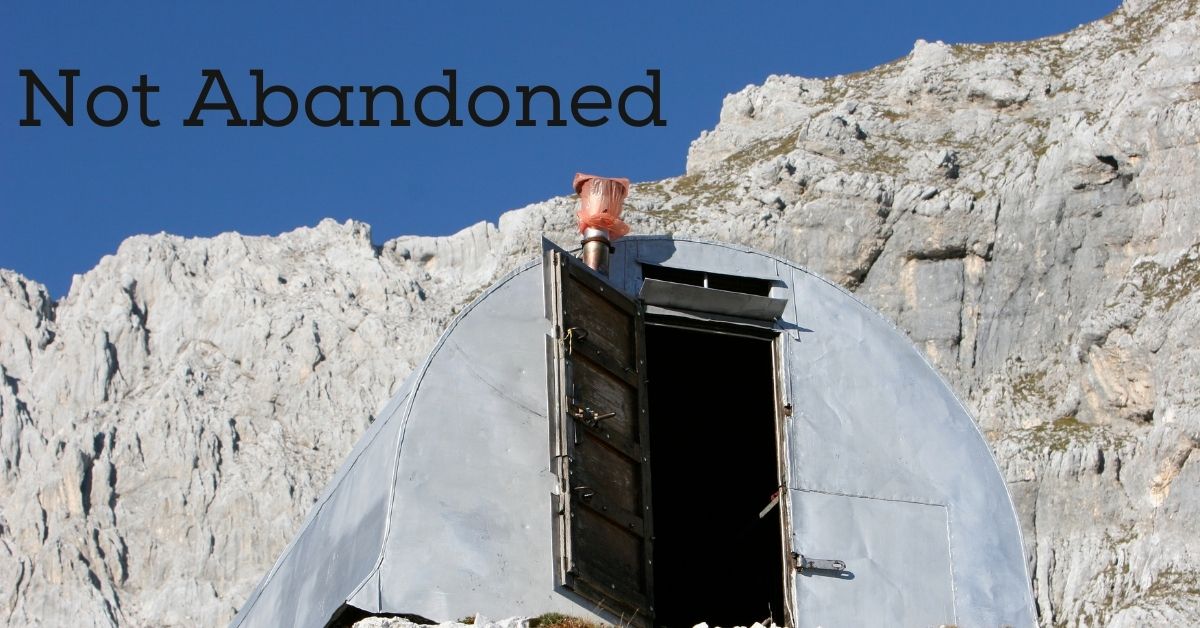 In such moments, we begin to ask questions.
Questions such as the ones King David asked in Psalm 13:1-2.

On another occasion, David cried out, “Did I purify my heart and wash my hands in innocence for nothing?” (Psalm 73:13)

Generations before David penned his anguished words, Joseph found himself in a similar situation, seemingly lost in a wait without end. The more he waited, the darker his world grew.

After being sold into slavery by his jealous brothers, Joseph found himself in Egypt, serving a man named Potiphar. (Genesis 37:3-28, 36) Joseph served his master so faithfully that Potiphar put his entire household under Joseph’s care, and the Lord blessed everything under Joseph’s authority. (Genesis 39:1-5)

Potiphar’s wife, seeing Joseph was “well-built and handsome,” tried repeatedly to force him to lay with her. Finally, he had to literally run away as she tore at his clothing. (Genesis 39:6-12)

What should be Joseph’s reward for resisting sin and honoring Potiphar’s trust in him? Promotion, right?

Enraged by Joseph’s rejection, Potiphar’s wife told her husband Joseph tried to rape her. Without any fair hearing, his master put him in prison. (Genesis 39:13-20)

Perhaps, as a slave, Joseph might have expected unfair treatment by his master, but shouldn’t God defend him? He was in this mess because he refused to sin against God! Yet, God seemed silent, and Joseph was left to face his fate.

Despite Joseph’s situation, God had not abandoned him; even in prison, He was with Joseph. He gave Joseph favor with the prison keeper, and once again, Joseph was placed in authority. (Genesis 39:21-23)

In the process of time, two prisoners, both Pharaoh’s officers, had troubling dreams. (Genesis 40) With God’s help, Joseph interpreted their dreams and his interpretations came to pass. Joseph asked one of the officers, who was restored to his position of cupbearer in Pharaoh’s court, to remember Joseph before Pharaoh. But when the man resumed his office, he forgot about Joseph. Oh, what a hopeless situation it appeared, but Joseph did not despair.

Finally, God set in motion the vehicle for the culmination of His plan in Joseph’s life. (Genesis 41) Pharaoh himself had two similar dreams, and none of the Egyptian magicians could interpret them. Then, Pharaoh’s cupbearer remembered Joseph, and urged Pharaoh to consult him. With God’s help, Joseph gave the right interpretation. Egypt would experience seven years of abundant grain, followed by seven years of severe famine. With this foreknowledge, Egypt could stockpile food during the plentiful years, and use it to survive the famine. Impressed by Joseph’s discernment, the king realized God was with him, and he made Joseph second in command of all of Egypt. Hallelujah! From prison to palace in one inspired moment.

God’s plan for Joseph continued to unfold. (Genesis 42-44) As the famine set in, Joseph’s family back home was affected and the only option for survival was traveling to Egypt for food. Joseph was in charge of the grains, so his brothers were forced to encounter the brother they’d betrayed face to face.

While they thought they had ended his destiny when they sold him, they found themselves prostrating before him in Egypt.

When God makes a promise, it must come to pass, because His word cannot return to Him empty.

At last, Joseph welcomed his father and the rest of the family to settle in Egypt. (Genesis 45-46) Approximately 22 years of waiting passed between Joseph’s boyhood dream in his father’s tent and its fulfillment in the palaces of Egypt.

But why did God allow Joseph to wait so long amidst those trials?

I see God using every trial to draw Joseph closer to Him. As he communed with God moment by moment, day after day, he learned about God’s unfailing love, and entrusted himself to Him.

“The Lord is my shepherd; I have what I need [. . .] He leads me along the right paths for his name’s sake. Even when I go through the darkest valley, I fear no danger, for you are with me; your rod and your staff–they comfort me.” (Psalm 23:1, 3b-4)

With his faith firmly established in God, the place of power could not corrupt Joseph. He remained focused and firm in his walk with God. As a result, he forgave all the evil his brothers did against him. He said to his brothers, “And now don’t be grieved or angry with yourselves for selling me here, because God sent me ahead of you to preserve life.” (Genesis 45:5)

The purpose of God was, and always will be, fulfilled.

Thanks for joining us today as we journeyed into Waiting Week One! Don’t miss out on the discussion below – we’d love to hear your thoughts!

Looking for other journeys from this theme?
Here’s a link to all past studies in Worship II! 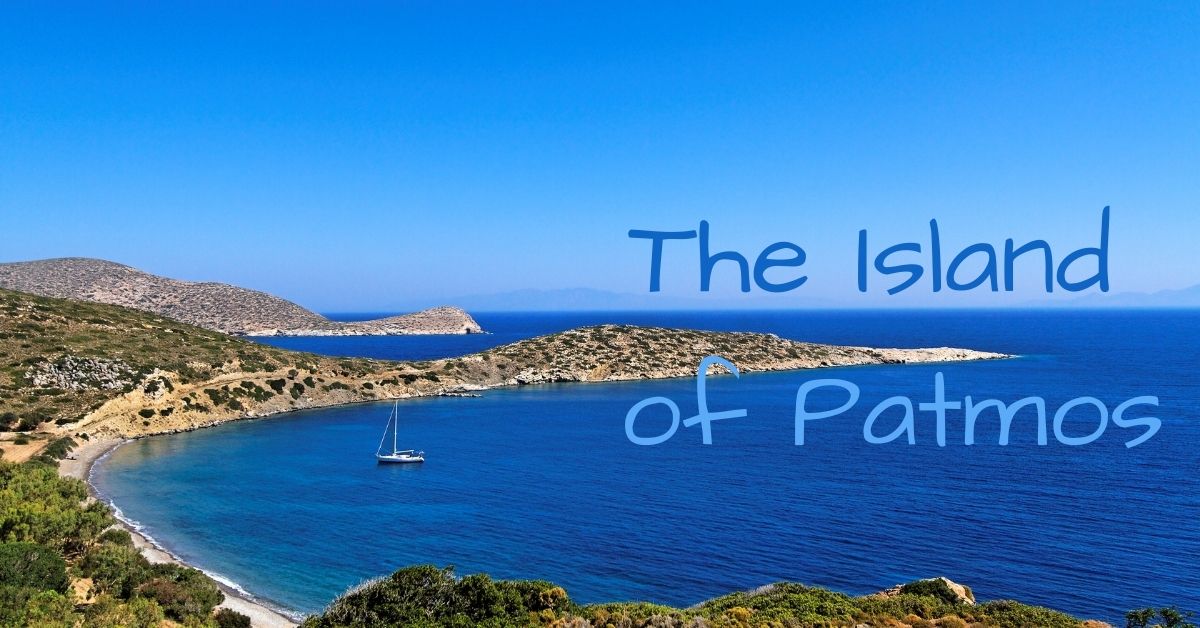 Ocealus climbed over the rocks. The path, what there was of it, was better for goats than men.

“How did I get myself into this?” he muttered.

The sun was high, and while the breeze off the sea tempered the heat, he was sweating. Swiping at his brow, he reasoned, “But it’s better than being in the mines, right?” His literacy saved him from that particular fate, and was the driving purpose for his assignment.

Ocealus sat down to rest and drink water from the skin he’d packed. Heaving a deep breath, he adjusted his pack and trod down the path toward the cave.

Ocealus had heard the rumors surrounding the man living there. At the entrance, he removed a small torch and flint from his pack, and struck the flint. The torch’s meager flame did little to penetrate the gloom.

Even in broad daylight, Oceanus shivered at the cave’s foreboding air. Torch in one hand, he unsheathed his dagger and stepped inside. He had no idea what to expect from this man he was commissioned to see.

“Helloooo,” he called into the darkness.

He couldn’t tell what he heard moving. Rats? Something more deadly? Ocealus crouched, both from the diminished height of the cave’s ceiling and in preparation to fight.

“Come in, come in,” a hoarse voice invited from the darkness.

Holding the torch high before him, he adjusted his grip on his dagger. With cautious steps, Ocealus continued further into the cave.

“Thank you for coming. I’m trying to adjust to life here,” John explained, gesturing at his early attempts to establish living quarters.

Ocealus gazed at John in frank curiosity, “You don’t look like a criminal.”

“Thank you for that,” John chuckled.

“What gods did you anger to be shipped here?”

“No gods, just a man who fancies himself one. Domitian.” John’s eyes grew distant, seeing fellow Christ-followers who’d been tortured to death. “I know many who weren’t as lucky.”

“So, when they couldn’t kill you, they banished you? They must have thought you were dangerous enough they wanted to try to break you. We’ve heard the rumors. You look unscathed. Not like some of the men and women here.”

“Perhaps, but the scars run deep.” John glanced at the craggy walls around him. “That’s one reason I chose to settle here. I don’t want to be a constant reminder to others of how many have been lost. I also sense I need the quiet, the privacy. God is not finished with me.”

“I will bring you more food tomorrow.  And a blanket, two if I can. It gets cold here at night.” Settling into the conversation, Ocealus continued, “There are others here from Ephesus. Domitian cleaned out the place, apparently.”

“More, you say? Might you be able to find out if a man named Prochorus is among them?”

“Yes– he is. Was? I don’t know what happened to him. He’s been with me through much. I’m in need of someone who can write.”

“Are you able to stay then? Will you come tomorrow? There are things I need to get down.”

“Even if you find Prochorus, I trust God is not finished with you, either. There is something here for you, Ocealus.”

Historians believe the Greek island of Patmos, located in the Aegean Sea, was established in the first century as a military garrison or a penal colony. Whatever its initial purpose, criminals made easy labor for the mines in the hills, and Patmos became a site of exile for anyone Rome deemed dangerous.

How did the Apostle John find himself in exile on Patmos? After building deep relationship with, and ministering alongside, Jesus, John dedicated his life to sharing the Good News of the Gospel. (John 13:23) However, Roman political leaders — first Nero, then lesser-known Domitian — were determined to brutally and cruelly destroy Christianity in its infancy. Many believers from “The Way” (Christians, Acts 9:2) faced intense persecution, and some, like John, were deported from Ephesus and deposited on the shores of Patmos’ harbor.

Yet, even exile couldn’t stop John’s ministry; ironically, his exile brought him freedom to roam the island and speak of Jesus Christ, continuing the preaching and healing for which he’d been convicted in Ephesus. Furthermore, he was given a Revelation of Jesus Christ, which has been preserved for us in the Biblical book of Revelation. John was on Patmos for 18 months, until Domitian’s death. The next emperor revoked all of Domitian’s orders; John was free to return to Ephesus.

This isn’t the first instance of exile in the Bible, or even the Gospels.

We can start in Genesis, when Adam and Eve were banished from the Garden. (Genesis 3:32-24) Their son, Cain, murdered his brother and was sent away as well. (Genesis 4:10-16)

While the enemy of our souls, Satan, views exile as a punishment, it can serve as protection because God is sovereign, using all things for His glory and our good. Jesus Himself was in exile, along with his parents, when they fled to Egypt. (Matthew 2:13-23)

Throughout the Bible, those experiencing exile have their hearts, and even situations turned around, though not always with the ending of the story we might choose. (Genesis 45:4-8) Regardless of the outcome, Jesus brings ultimate redemption in Heaven to every story surrendered to Him.

Finally, 21st century believers are in a type of exile, as we live in a fallen world and await our eternal home in Heaven.

When hard times come, may we remember Jesus is our only answer, and the Holy Spirit is our comfort. Just as John clung to Christ in his suffering and exile, may we hold tight to our calling and the faithfulness of our God.

Thanks for joining us today as we journeyed into Terrain Week Three! Don’t miss out on the discussion below – we’d love to hear your thoughts!

Looking for other journeys from this theme?
Here’s a link to all past studies in Terrain!