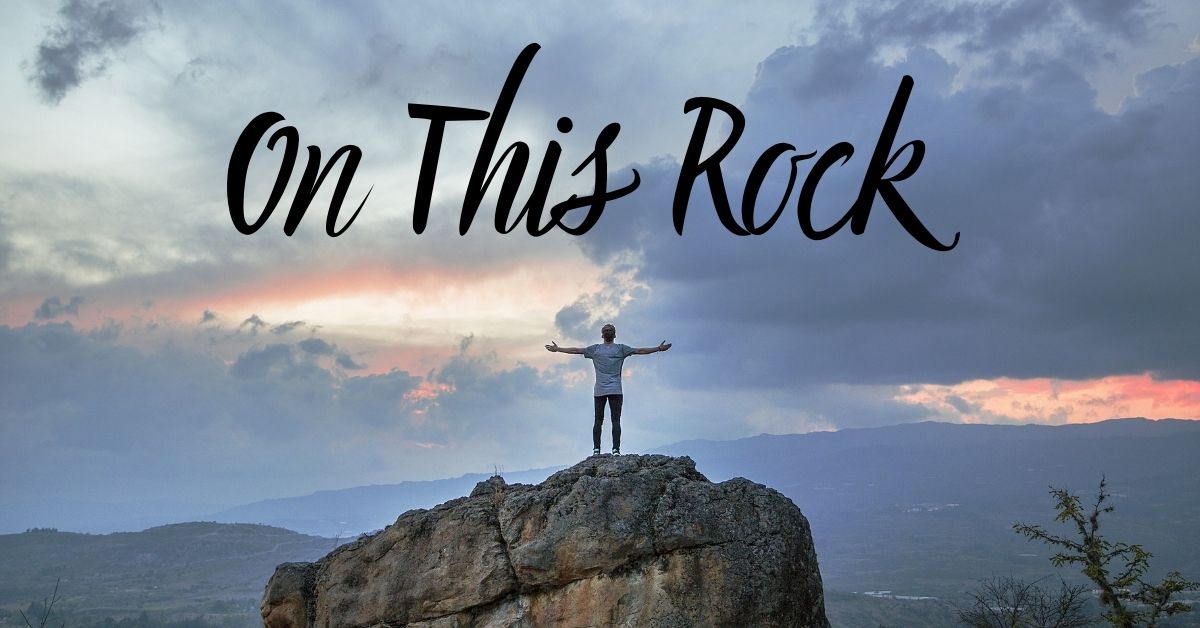 In the pale half-light of early morning, softly growing light glows in the east. The speckled rooster slumbers still. I know he’ll rise to remind me of my failure. Crowing roosters and early mornings like these could forever taunt me, but they now proclaim His holy calling upon me, a fallen man. Because of His calling, I shepherd His flock of those who believe.

The menacing specter of evil looms, yet we remain His glowing lampstand in this idolatrous place. In recent days, dear brothers have fallen beneath the brutal blade of martyrdom. Our Lord Christ has made plain the path before me; I too will soon lay aside this earthly tent. The brothers can no longer depend upon me for nourishment and guidance. My focus now must be transferring the baton of faith to the brothers, so they will remain steadfast in my absence.

False teachers prowl among the flock, confusing and deceiving the sheep with their insidious half-truths. These babes in faith need the pure milk of truth taught by reliable brothers, so they can grow strong, able to teach and lead others. Remaining in the Scriptures, craving and continuously feeding upon the truth, is the only way to remain steadfast and not be led astray.

My earnest desire is that they will not simply know the truth, but be seized with wonder by this precious faith. We’ve been given the riches of the Law and Prophets, all anticipating and announcing beforehand the coming of our Messiah. I’ve not only seen Him, but I’ve known Him as my Friend and Brother.

However, even while He was among us as Friend and Brother, He was clearly not of us, but from a high and holy place, discharged here on a sacred mission. The same dove-like Spirit present at creation was Him. All the truth of the Law and Prophets came to fruition in Him. I was privileged to see His eternal glory on the sacred mountain. This Friend and Brother among us is Elohim—I AM before creation. My Brother visited Father Abraham in his tent. Our Friend called Moses from the burning bush, decimated Egypt, and delivered our fathers through the Red Sea.

He is the true Lamb to which the Law and Prophets pointed. Our redemption was purchased by His human-yet-holy blood. Direct access was torn open by His blood; now within reach are all the divine resources we will ever need for this life of godliness.

The Holy Spirit is the key to this door of access. The Holy Spirit enables us to live such holy lives among the pagans that they will have no plausible grounds for accusation. Our faith must be expressed through virtuous lives in every facet, from our work to our citizenship, and especially in our relationships.

In these evil days, we can still live with steadfast and stalwart spirits. Trusting His sovereign plan is paramount, I believe. His plan spanned the epochs, has been in motion since before Eden, and plays out even now. His incarnation, crucifixion, resurrection, and ascension were all key points of this sweeping drama of mankind’s redemption. Our Lord and Master—my Friend, is seated in ethereal glory now, as completely in control now as the day the stars spilled from His nail-pierced hands.

Because our Friend is also “I AM,” we have no cause for fear. While this brutal persecution will likely grow increasingly worse, our suffering is not in vain. It purifies and strengthens us, provided we are trained by it; as our dross is burned away, we emerge as pure gold, reflecting the character of our Lord Christ! Even though it is painful now, it is only temporary. Our sufferings here are “light and momentary” (2 Corinthians 4:17) compared with the glory to come.

Christ is our model in this. Though He existed in ethereal glory before His incarnation, He stepped into this narrow slice of time and space for a season and endured the brutality of a Roman crucifixion on our behalf.

However, now He’s seated in Heaven at God’s right hand!
Our salvation has been secured and death and hell, forever defeated!

Like Him, we shall endure suffering for a little while and then receive the glories of heaven. Because of Jesus’ sacrifice, Death, our final enemy, is now simply a doorway into eternal glory where Jesus awaits just across the threshold! I must soon cross that threshold; the path stretches plainly before me. He has lit the way well by His example. For the joy set before Him, He endured the brutality of the cross. (Hebrews 12:2)
As He calls me, I shall follow.

When the brothers come today, I will dictate a letter. Time is short; truth must be imparted.

Ah, the rooster crows now! He mocks me! However, the truth remains that my Lord Christ has redeemed me as His called and chosen child, and placed upon me this mantle of shepherd. Therefore, I shall faithfully discharge my duties until I cross that threshold into eternal glory.

“Mock on, rooster, your crows no longer taunt me, for I am His called and chosen, the shepherd of His flock, and will soon run into His embrace as I cross that blessed threshold!”

Thanks for joining us today as we journeyed into Sketched IX Week Three! Don’t miss out on the discussion below – we’d love to hear your thoughts!
Click the above image for today’s Digging Deeper!

Looking for other journeys from this theme?
Here’s a link to all past studies in Sketched IX